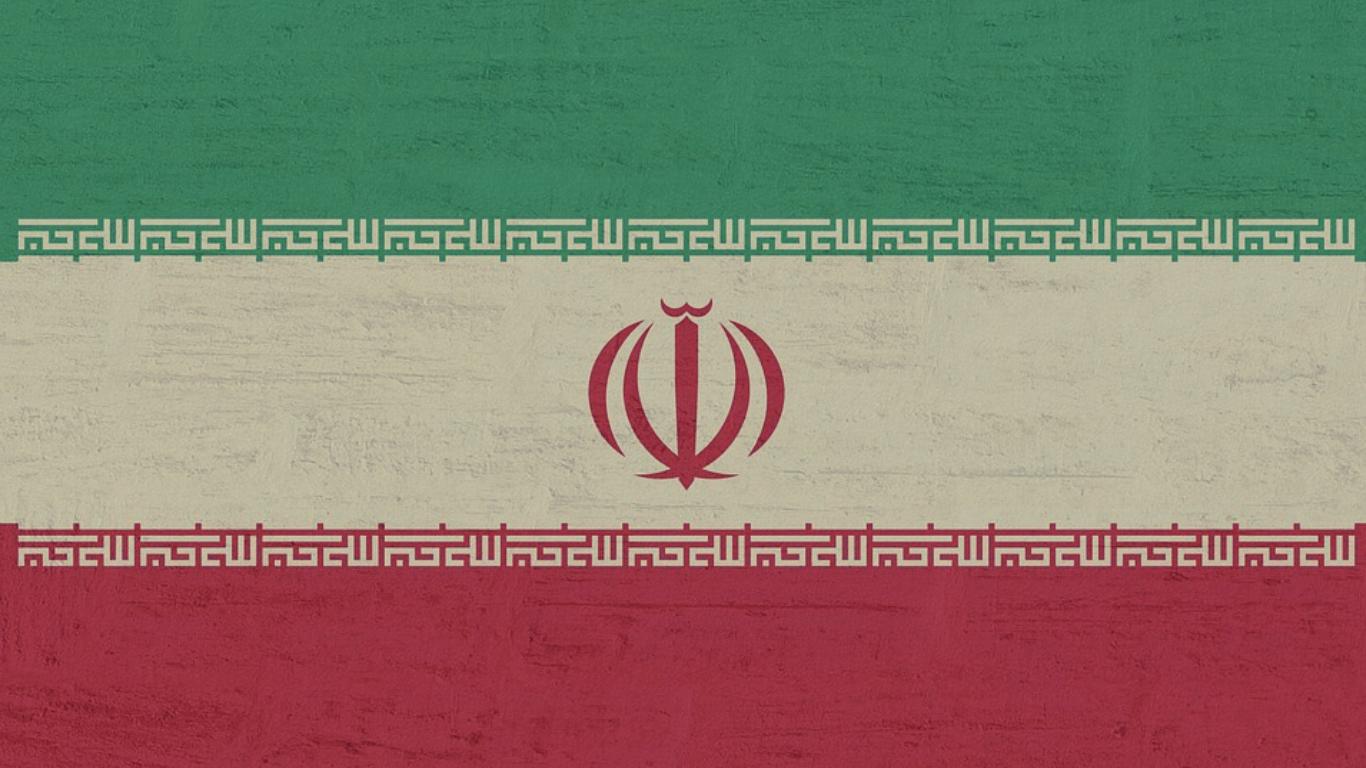 Art world associates of Aras Amiri, the British Council employee detained in Tehran on 13 May on spying allegations, have denounced her ten-year sentence and increased concerns concerning the 33-year-old’s welfare. The former pupil of Kingston University in London was arrested in March 2018 while visiting her grandmother.

A Russian Artist’s Ominous Exhibit, Showing How Climate Change Is Wrecking Our Planet, In Venice 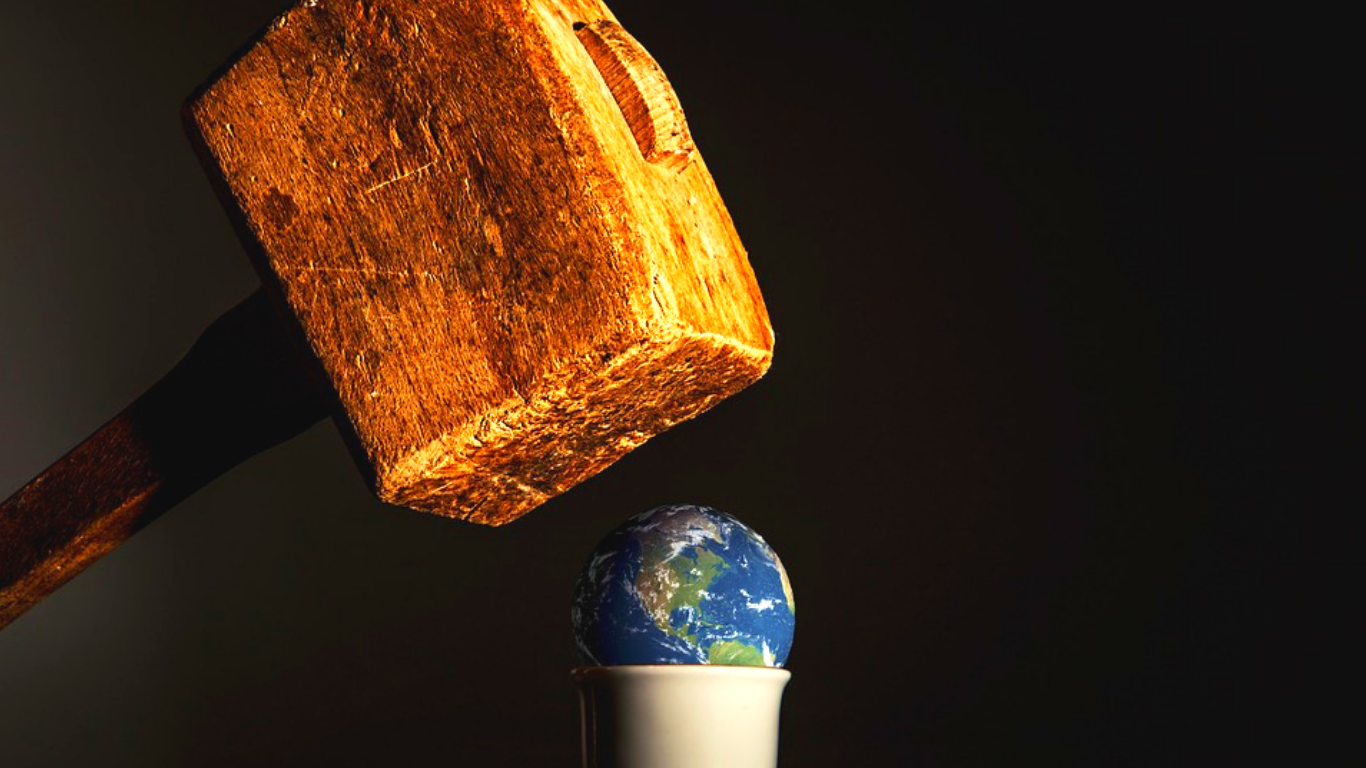 In Venice, the end times are nearing as the Four Horsemen of the Apocalypse have arrived for “In Dante Veritas,” a solo exhibit by Russian artist Vasily Klyukin. Menacing metal sculptures titled Overpopulation, Misinformation, Pollution, and ExtermiTation, represent what Klyukin regards as the greatest threats to humanity. 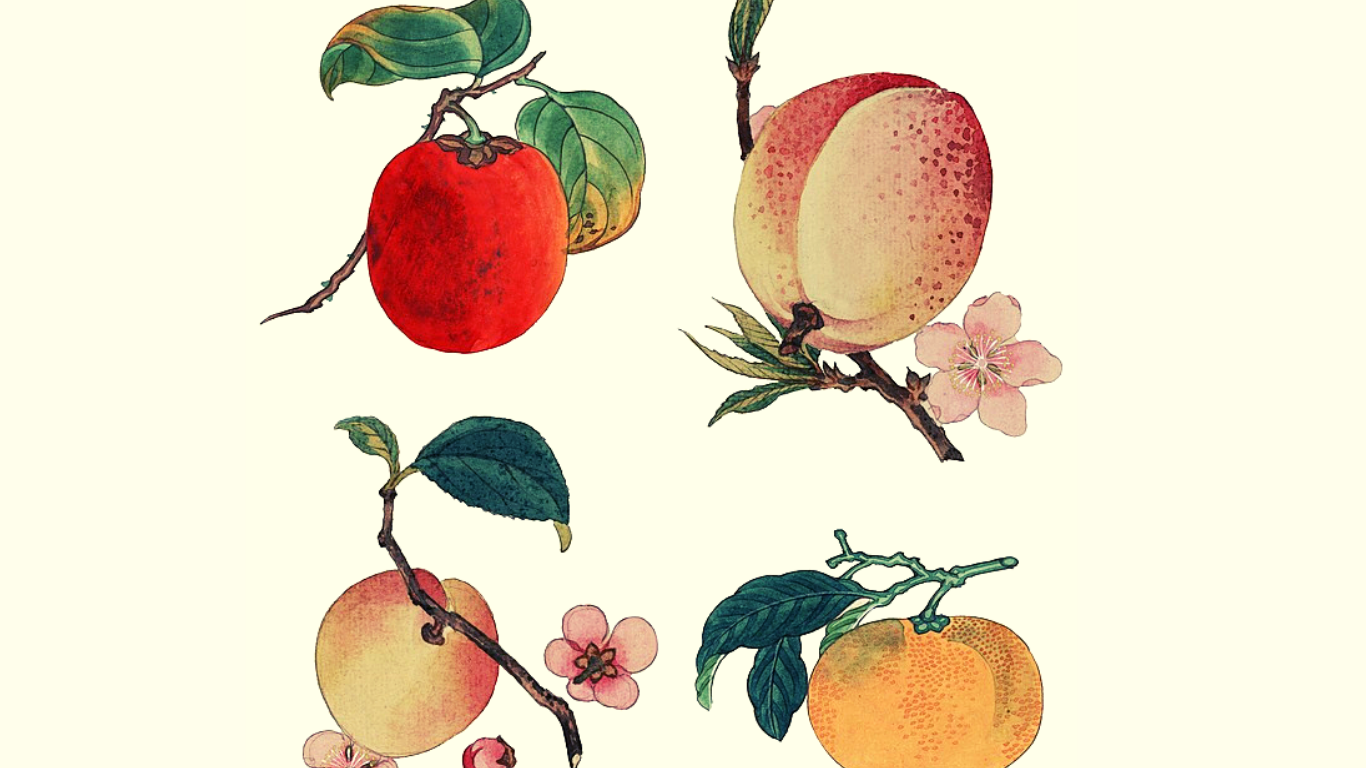 Ann Shelton utilizes a Japanese style of floral arrangement to design stunning photos of the herbs and flowers historically believed to cause miscarriages. The photographs, on view now at New York’s Denny Dimin Gallery, bring up a very timely message concerning a women's right to control her fertility.

Historically, all the flowers, herbs, roots, and seeds used in each arrangement have been administered for various reproductive health-related issues.

Printmaker's Exhibition Celebrates The Ups And Downs Of Life 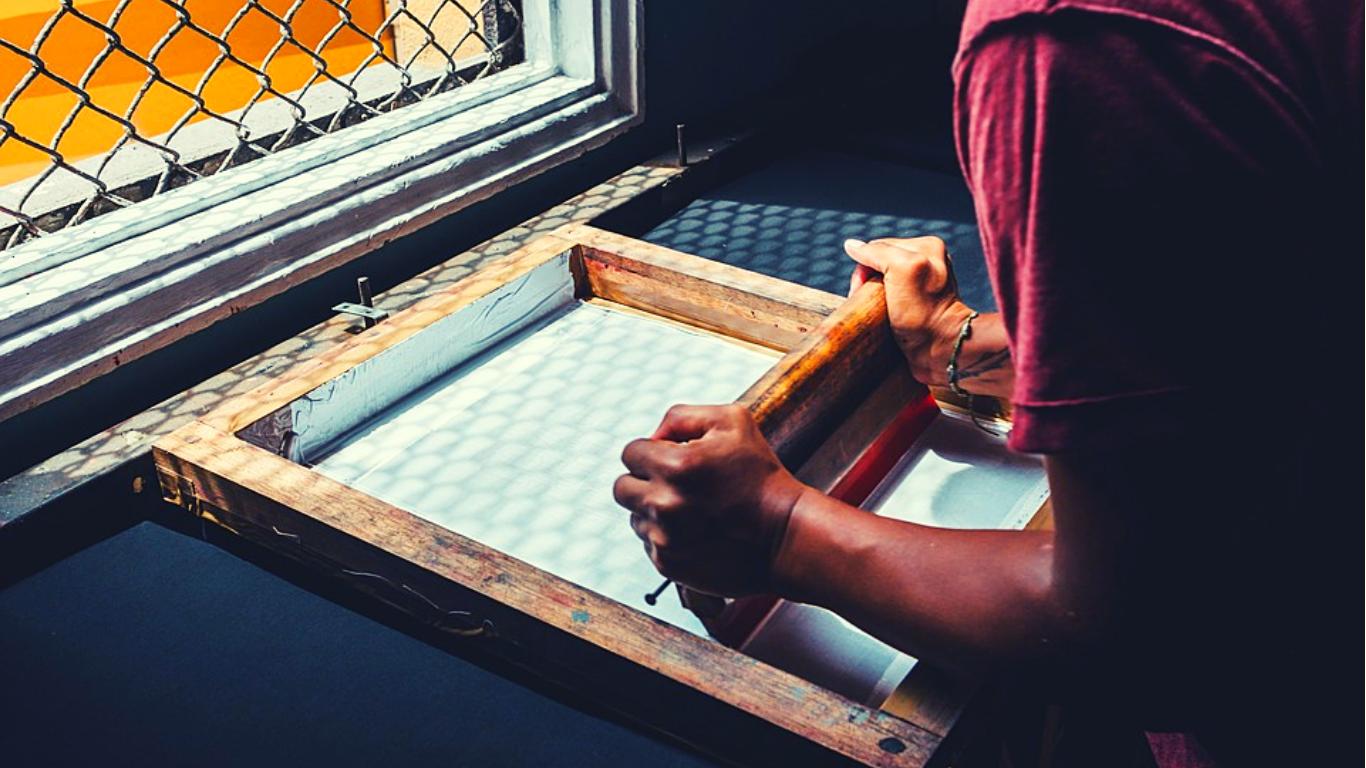 For printmaker Jaskanwal, life is a balancing act of light and sour emotions, and so are her artworks. In her latest exhibit, which commemorates three decades of printmaking and her retirement as a fine arts teacher, the artist presents 50 prints that reflect an important message on those emotions.

Titled 'Introspection', the exhibition is on view in New Delhi till May 24th.

LS Lowry's Cricket Painting To Be Auctioned During World Cup 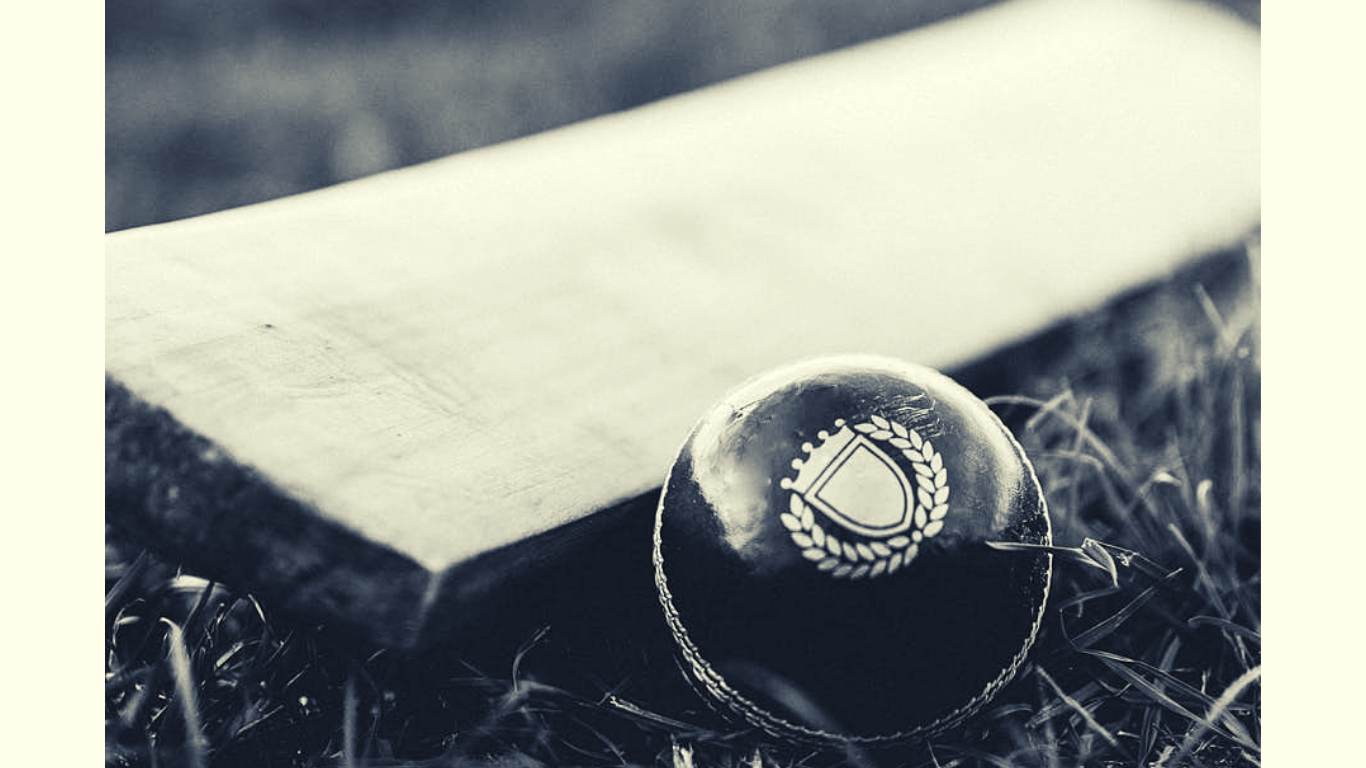 A painting of children playing cricket by the artist LS Lowry is scheduled to go on display prior to its auction where it is anticipated to fetch around £800,000.

The rarely-seen oil painting, currently owned by collectors Neil and Gina Smith will go on sale during the Cricket World Cup. It will be exhibited for five days from Thursday at Salford gallery, The Lowry.

Architect, Who Designed The Louvre Pyramid, I.M. Pei Passes Away At The Age Of 102 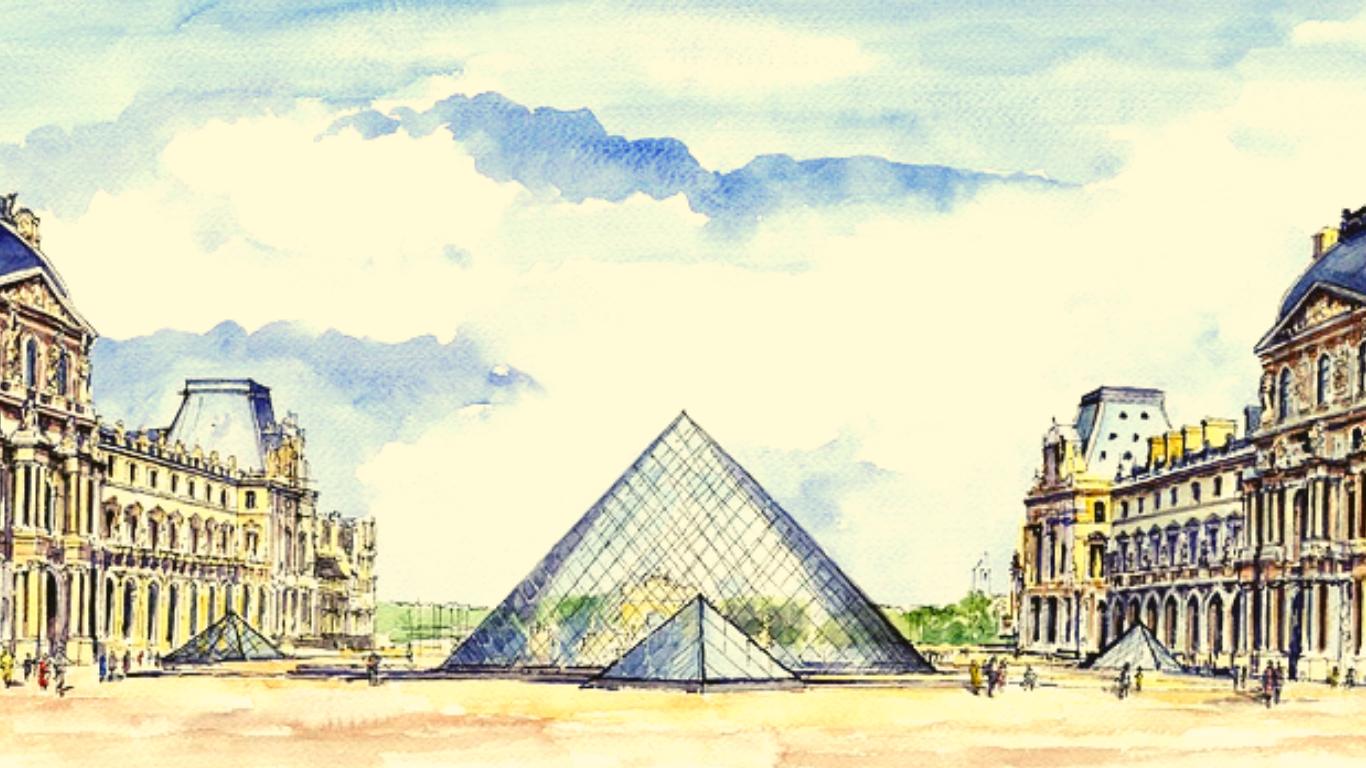 The Chinese-American architect Ieoh Ming (I.M.) Pei has departed, at the age of 102, his family verified to the New York Times. The architect behind several dramatic Modernist museums across a six-decade-long career, Pei is possibly most noted for his striking glass pyramid entrance to the Louvre Museum. 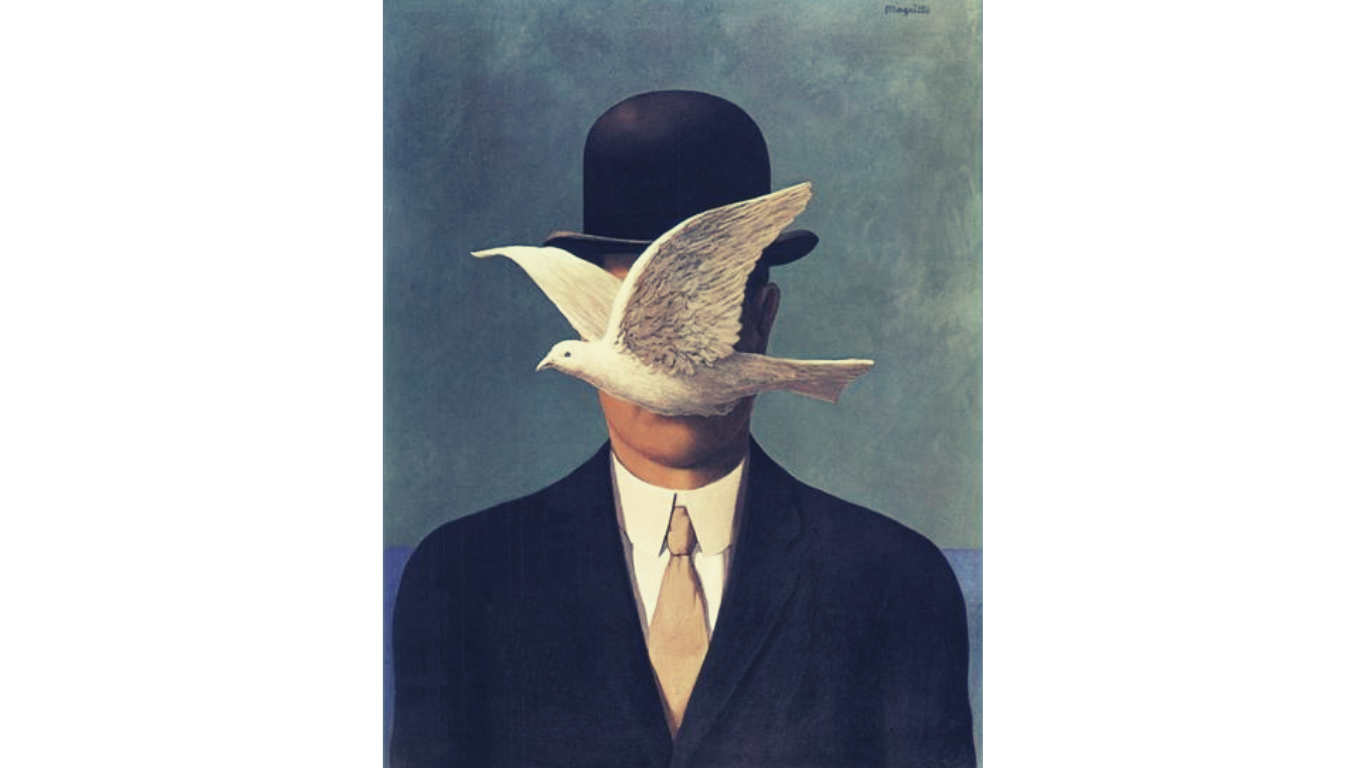 The Belgian leather goods brand Delvaux marked the launch of a new collaboration with the Magritte Foundation this week.

The new project endeavors to bring the Belgian artist’s uniqueness to Delvaux’s leather goods. The whimsical results feature Magritte’s sense of fun, include signature motifs from some of his most celebrated compositions. 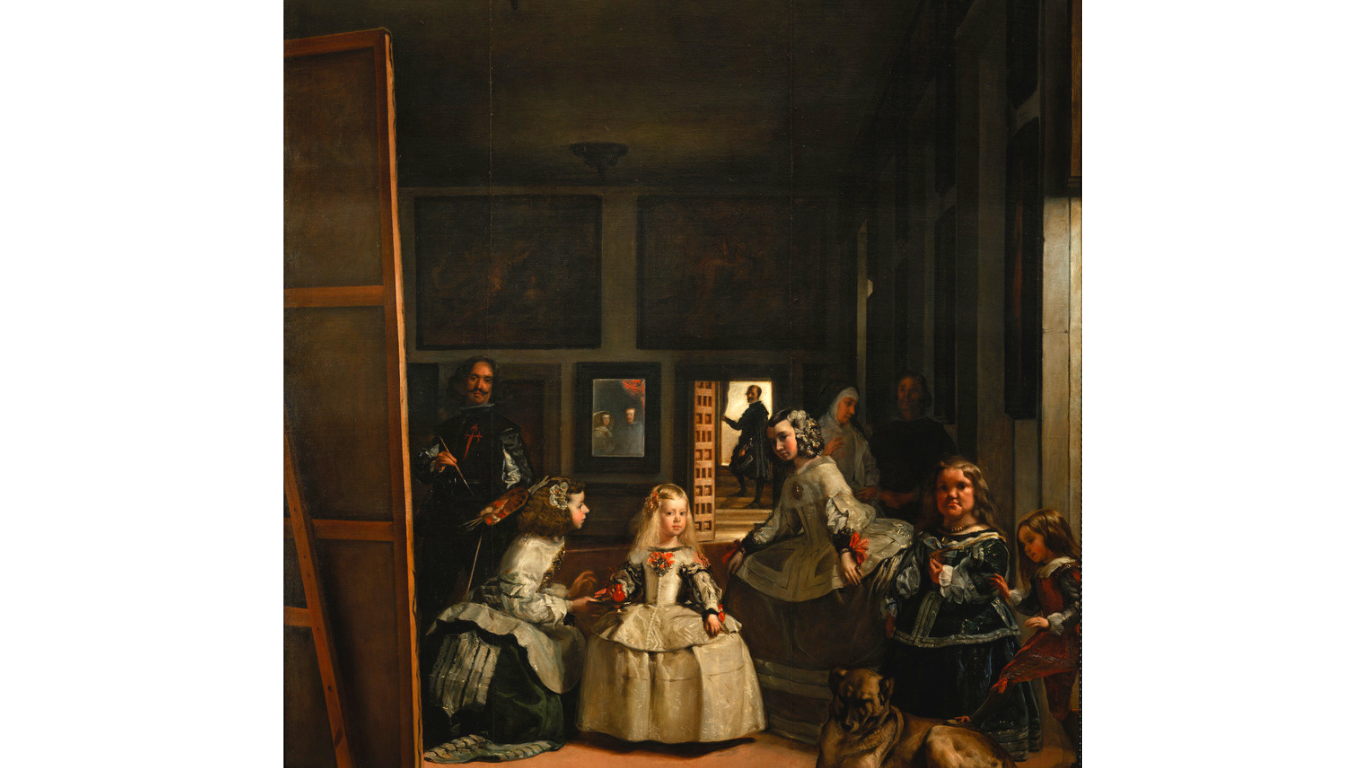 Last year, a group of private investors acquired the 16th-century home in Seville where Diego Velázquez was born—a neglected structure that had been deserted for a decade—aiming to turn it into an education center devoted to the Spanish painter. Now, following months of being denied funding for the project, the property’s owners have started a crowdfunding campaign to achieve their vision. 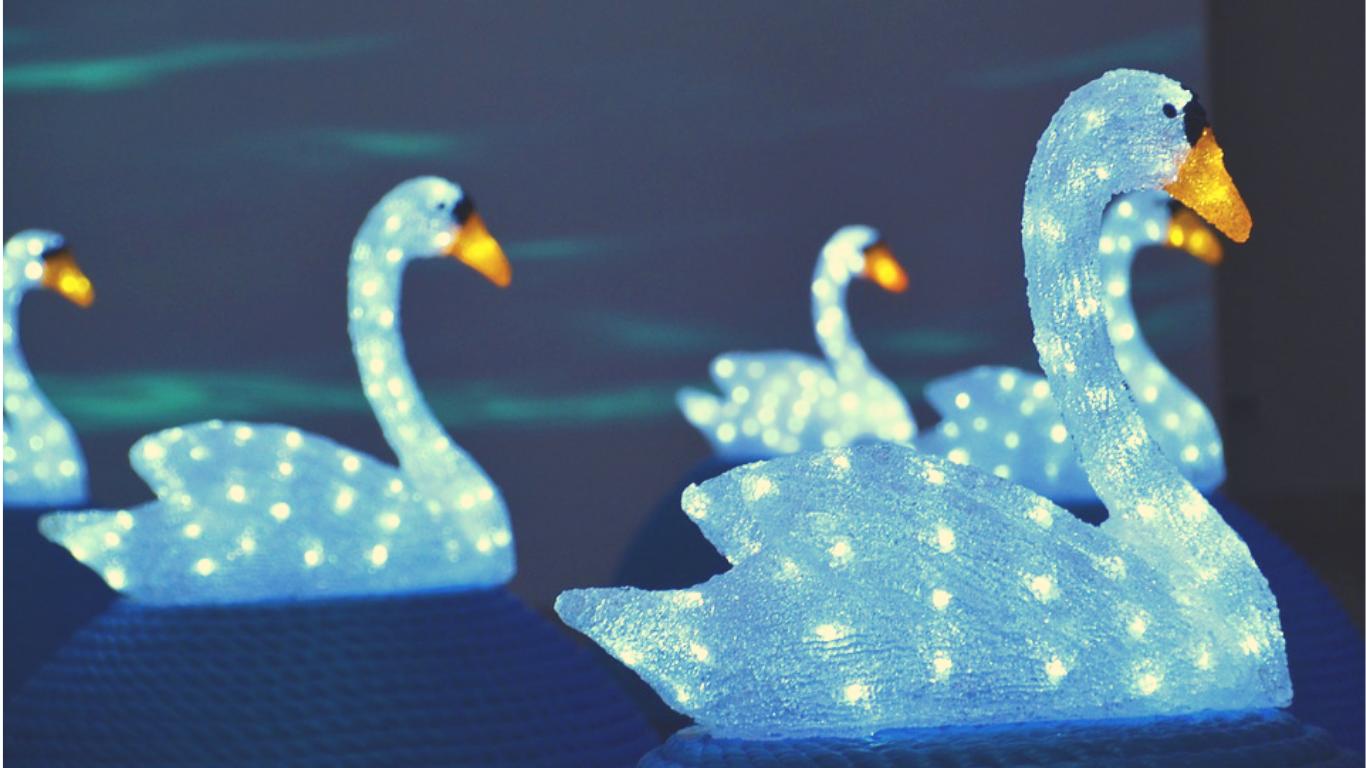 Artist Lutz Bacher, whose work about violence, intimacy, and memory defied categorization, is no more. Because of the excitingly diverse nature of her art, and her general aversion to explaining it, Lutz Bacher has long been one of those unique artists who do not fit into any single, easy summary. Such characters have to be discussed in anecdotes. 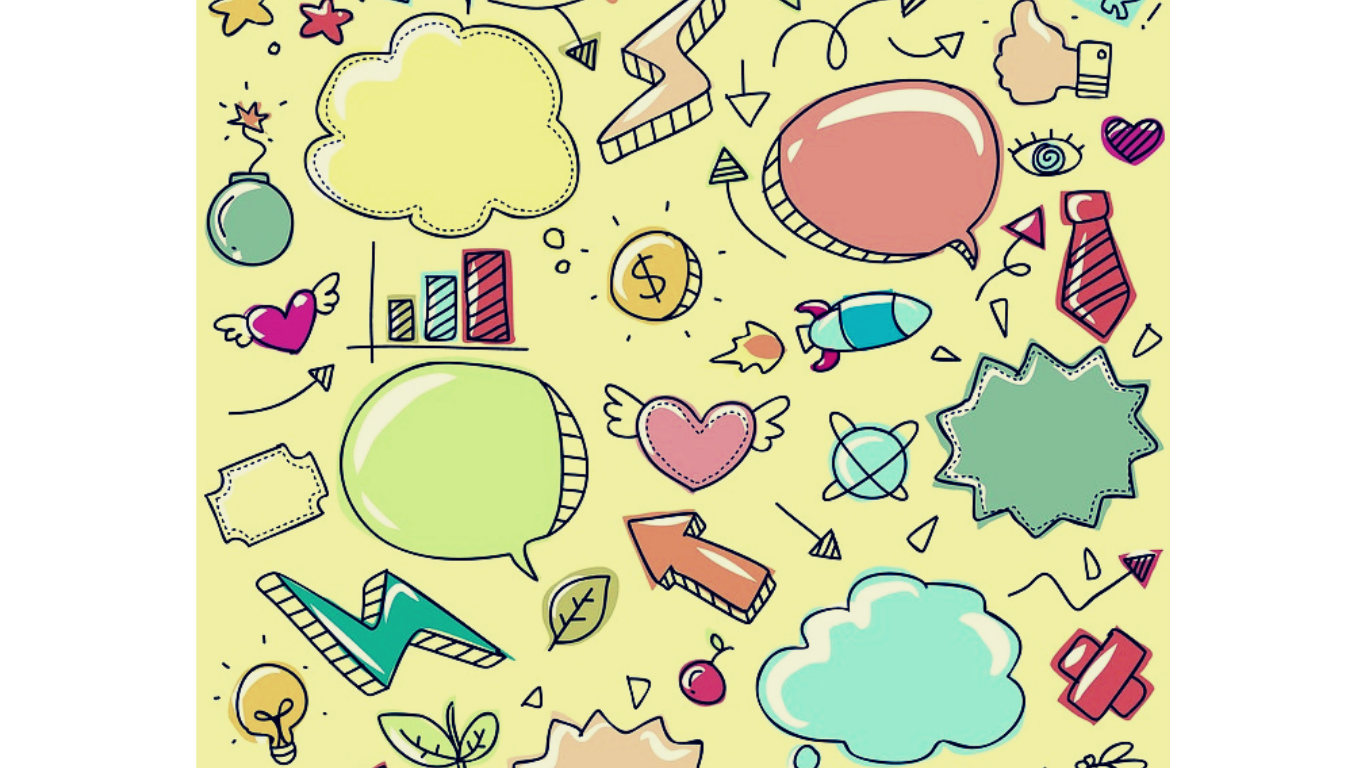 To help equip children for science, technology, engineering, and math (STEM) careers in the future, Art in Action, a San Francisco nonprofit is educating them about pattern recognition and problem-solving using painting, drawing, and sculpture.

The Met Museum Will Cease Accepting Contributions From Sackler Family 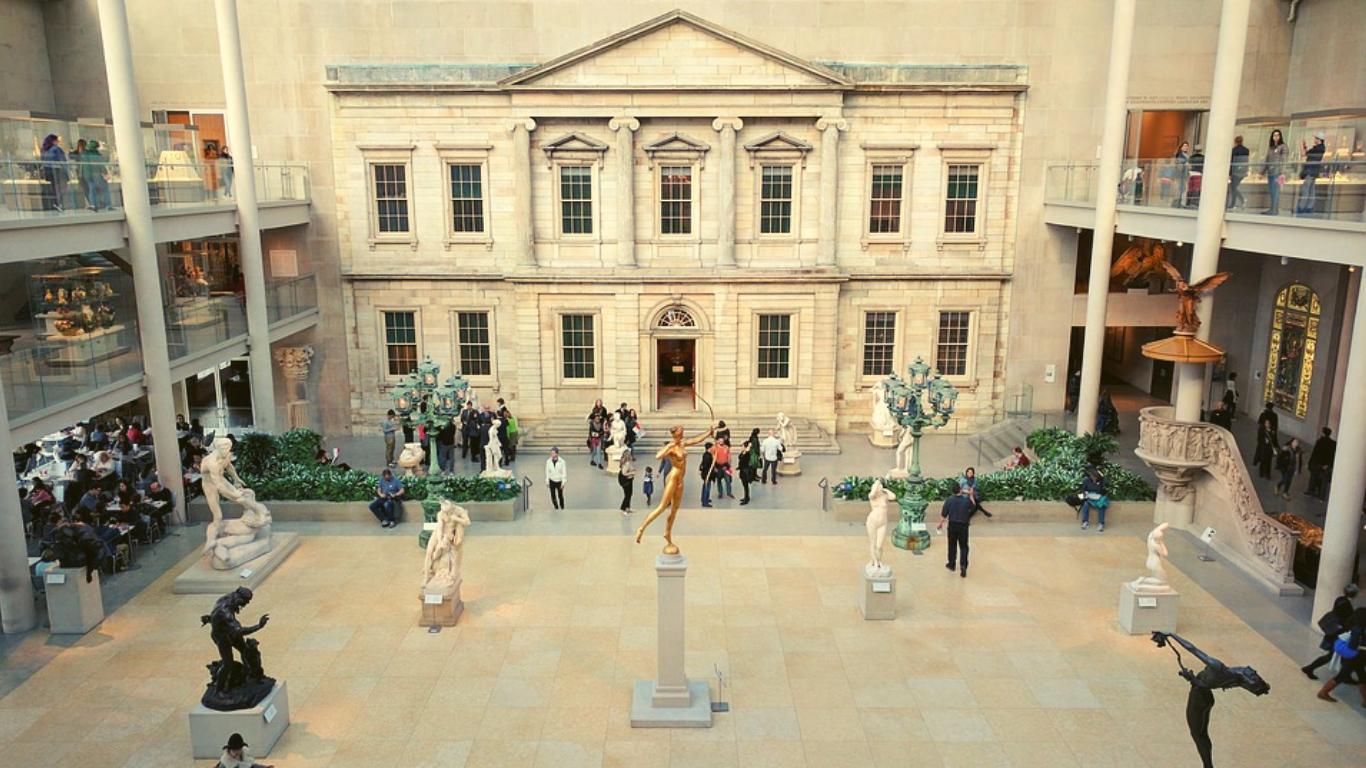 On Wednesday, May 15, the Metropolitan Museum of Art declared that it has ceased accepting contributions from Sackler family members affiliated with Purdue Pharma, the drug manufacturer that produces OxyContin. Purdue Pharma is accused of deliberately mismarketing the opioid as less addictive than it actually is. 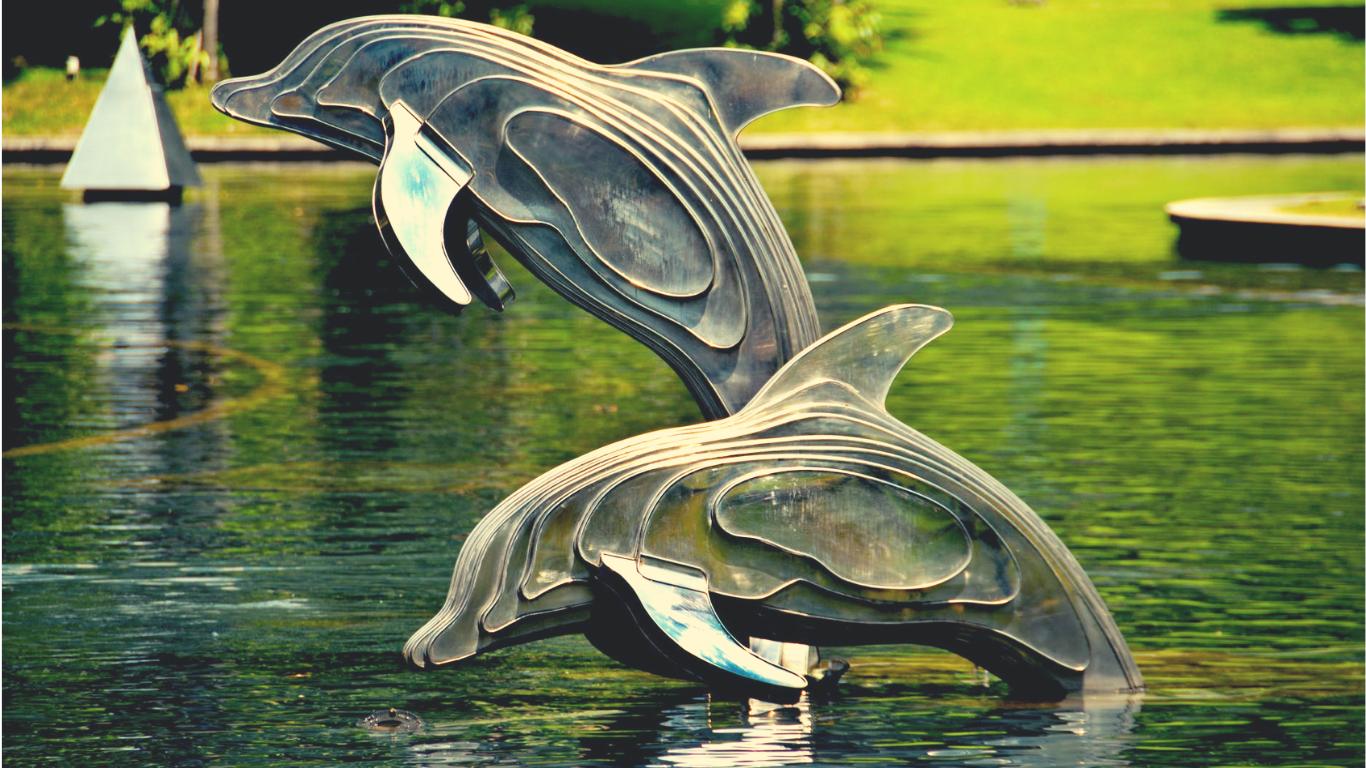 The expansion of the Sculpture Garden at the New Orleans Museum of Art (Noma), inaugurating today, shows off new impressive additions to its collection, but has also produced “a very balanced ecosystem, which in reality is a prototype for other potential broader operations in the city”, states the museum’s director, Susan Taylor. 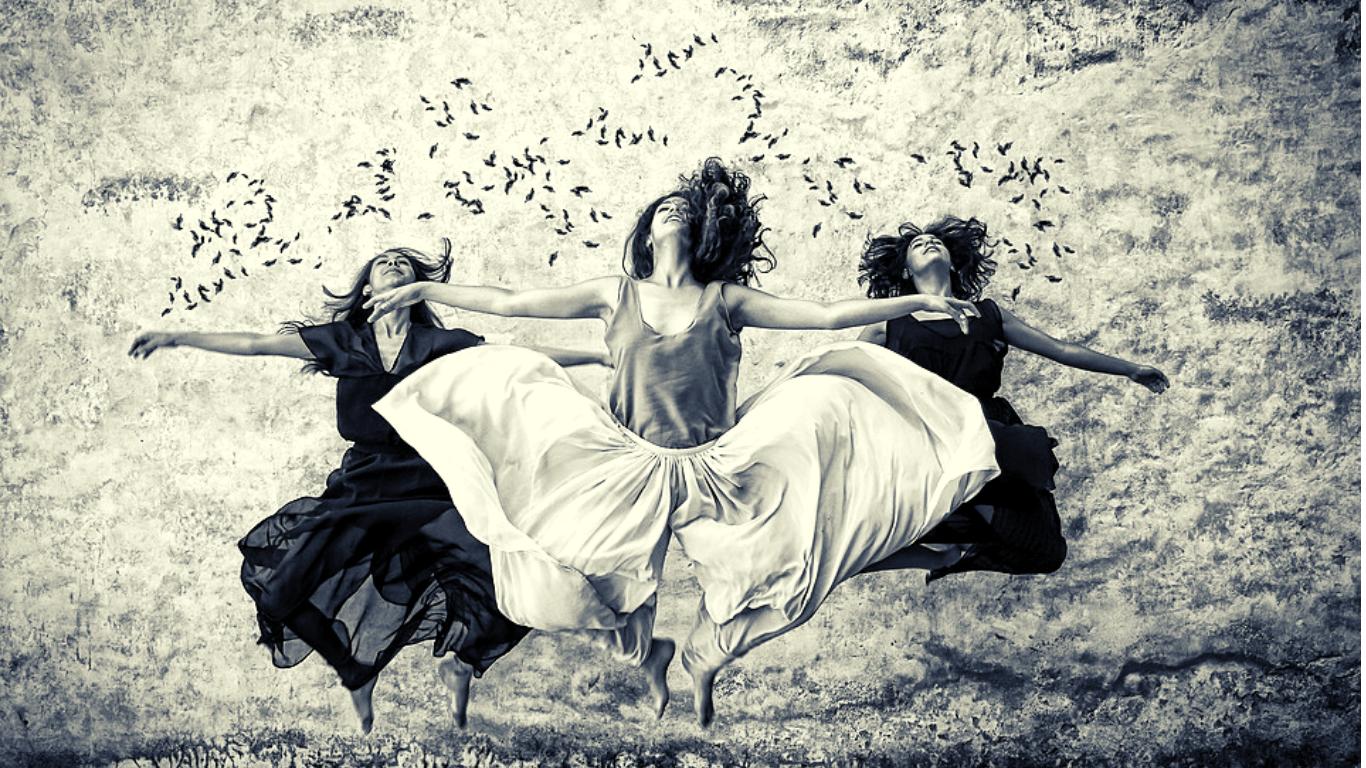 In April 2018, the Baltimore Museum of Art made news by announcing its plan to sell off seven works by white, male postwar artists for the specific purpose of diversifying its collection, with a particular focus on using the sales profits to procure works by African American and female artists. And just over a year later, three major museums have since declared similar initiatives that will be executed this month.

OpenAI Unveils An AI That Can Write Poetry 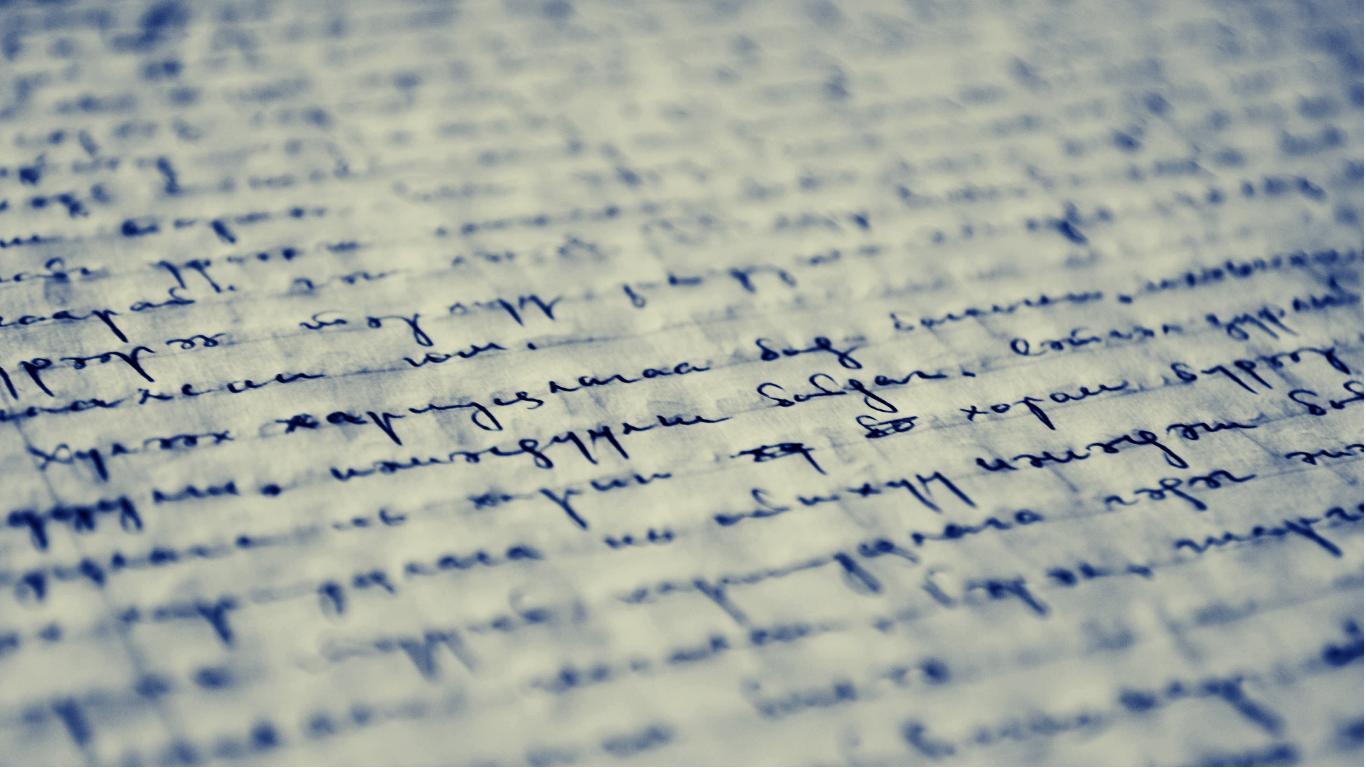 The Elon Musk-founded AI research lab OpenAI has drawn attention with an AI system that generates text. It can compose convincing fake reviews, fake news reports, and even poetry! 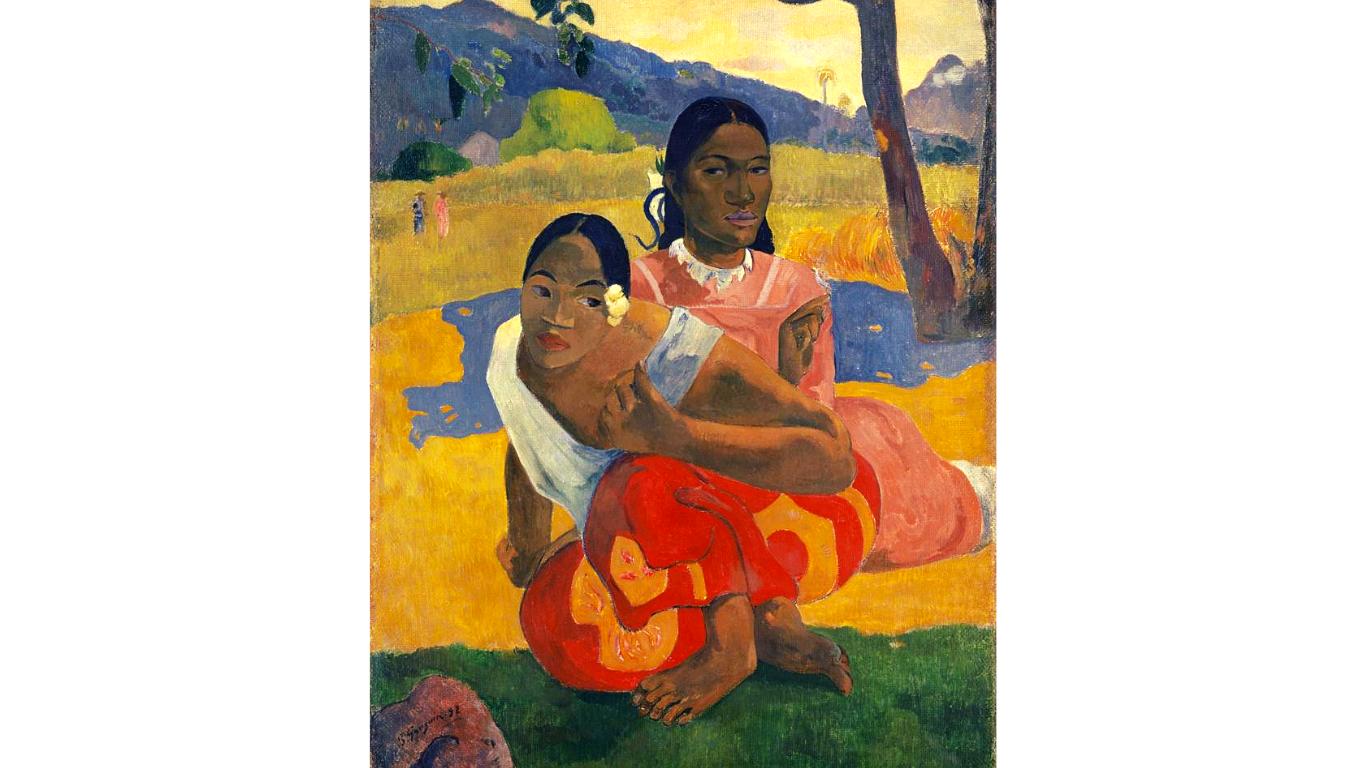 Swiss art collector Ruedi Staechelin has lost his plea to evade paying a $10m (£7.77m) commission charge to Simon and Michaela de Pury for their part in the trade of one of the world’s most expensive paintings, i.e., Paul Gauguin’s ‘When Will You Marry?’ 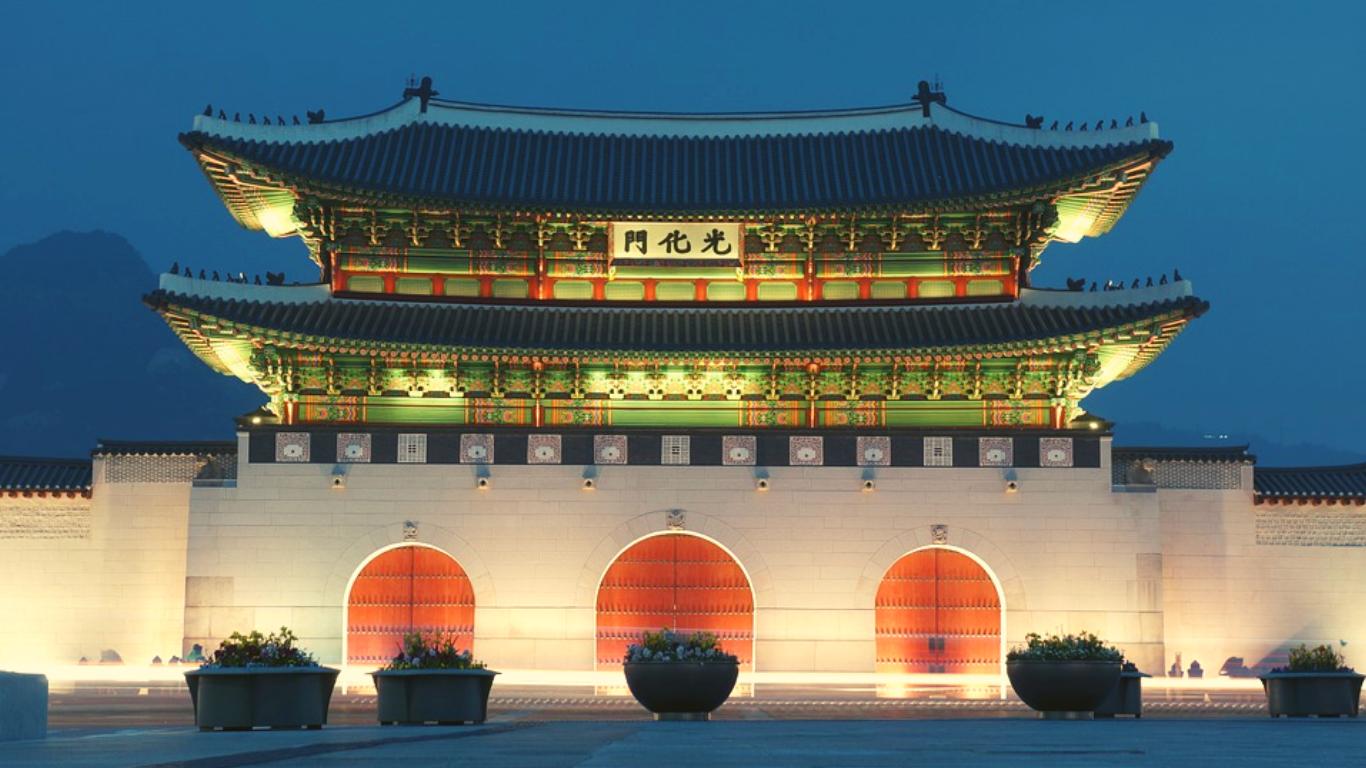 British artist Anish Kapoor captured Chicago with his famous Cloud Gate, and broke a record at London’s Royal Academy of Arts, and excited a controversy at Versailles. But possibly his most remarkable achievement yet will happen this fall as he becomes the first Foreign artist to install his art at the doorstep of Beijing’s Forbidden Palace. 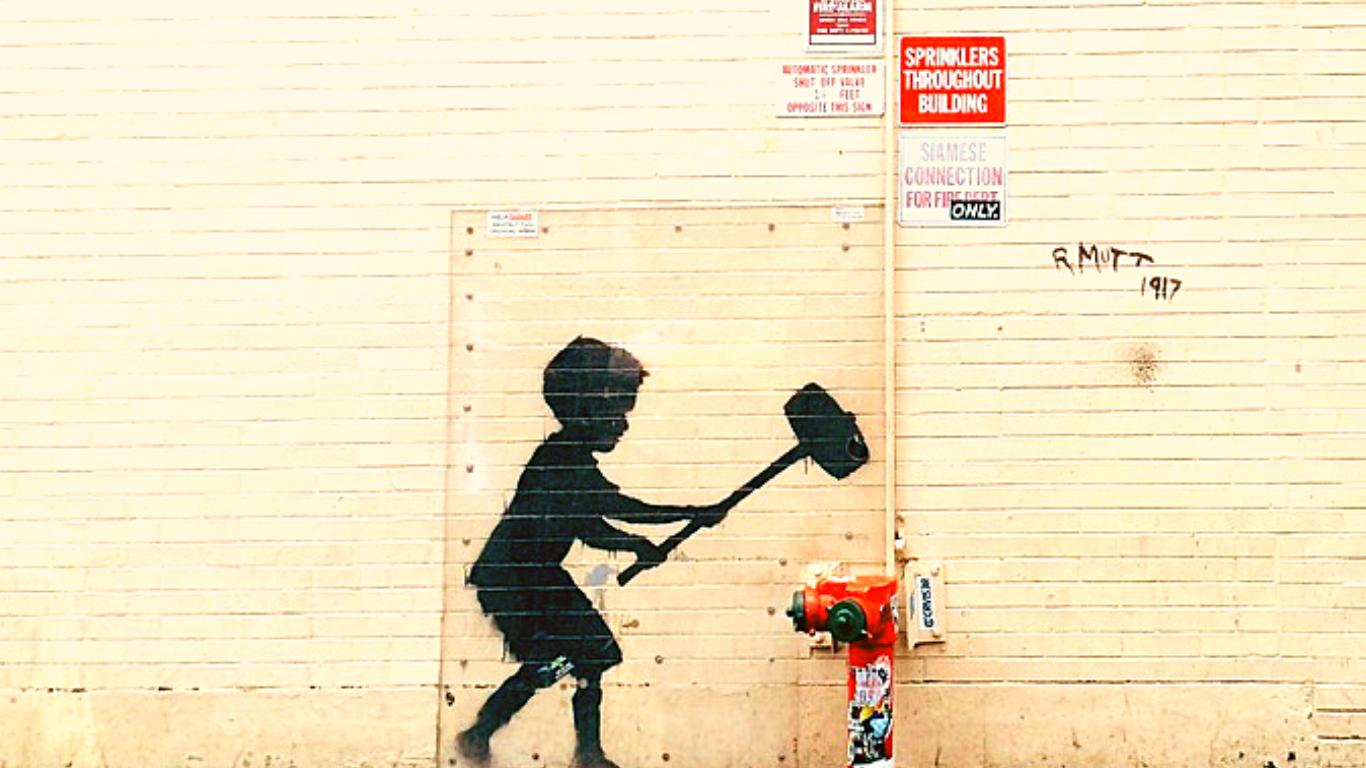 The British street artist Banksy seems to have left his impression on the Venice Biennale with an illustration of a migrant child in a lifejacket holding aloft a fizzing neon pink flare. It is believed to have been painted at the end of last week, during the Biennial. The work, which has all the features of a Banksy, has not yet emerged on the artist’s Instagram account or the website. 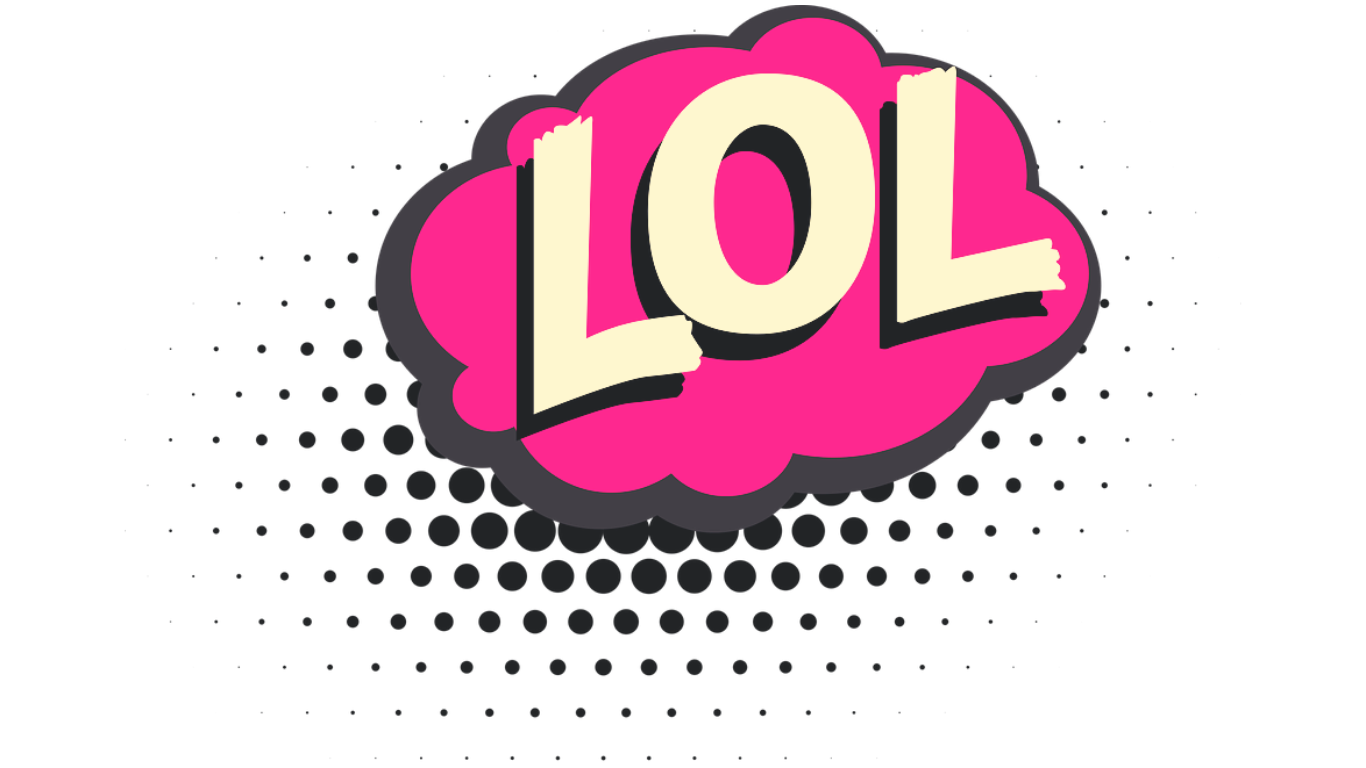 A new graphic novel issued by UK-based Laurence King tracks the emergence of Jean-Michel Basquiat from street-art adventurer to international recognition. It is the newest graphic novel by illustrator Paolo Parisi, who has earlier penned and illustrated volumes on the careers of music giants Billie Holiday and John Coltrane. 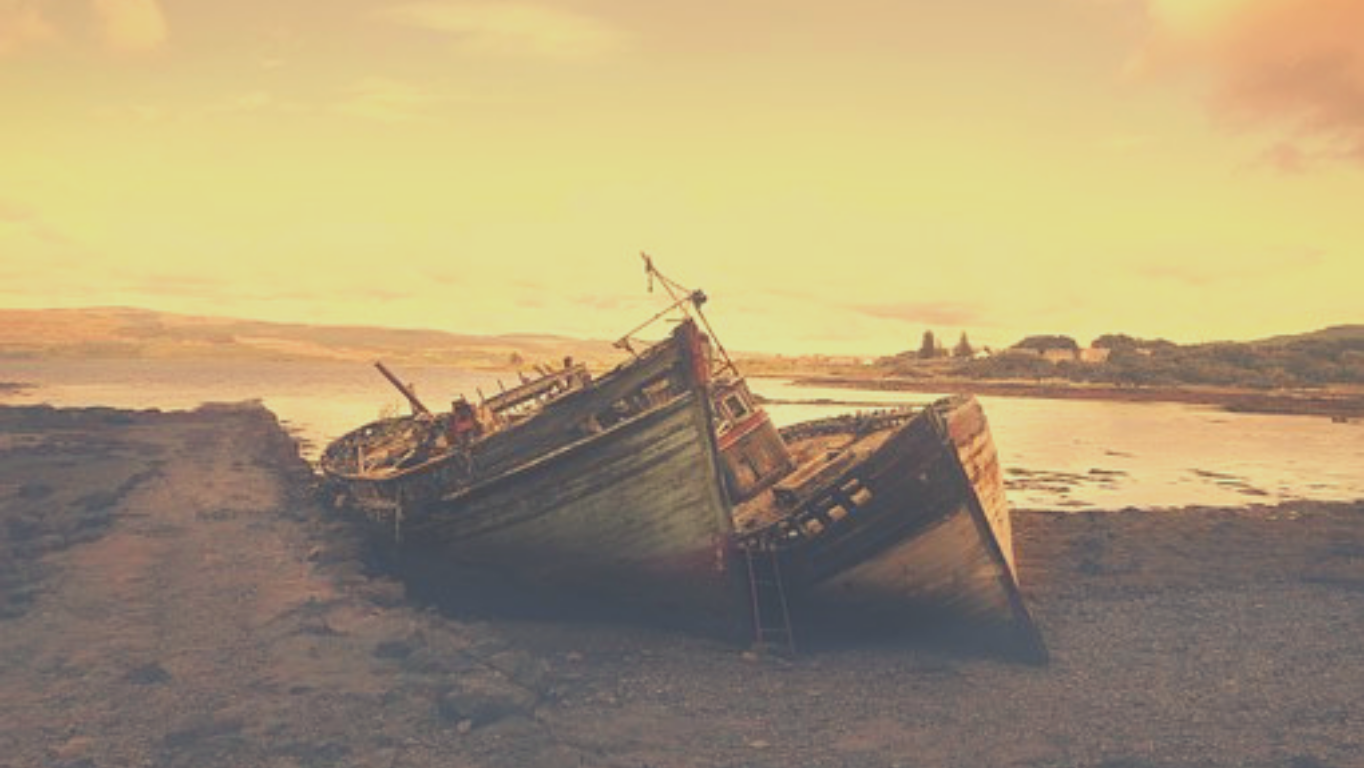 Christoph Büchel's Venice Biennale display, of the boat that sank with hundreds locked in its hull, has sparked a fierce debate. Almost 1,100 migrants may have died on board the fishing vessel in the Mediterranean in 2015. Critics are saying its display is grossly insensitive at best while others describe it as a powerful reminder of exploitation.

Monet's 'Meules' Painting Obtains Over $110 Million At An Auction 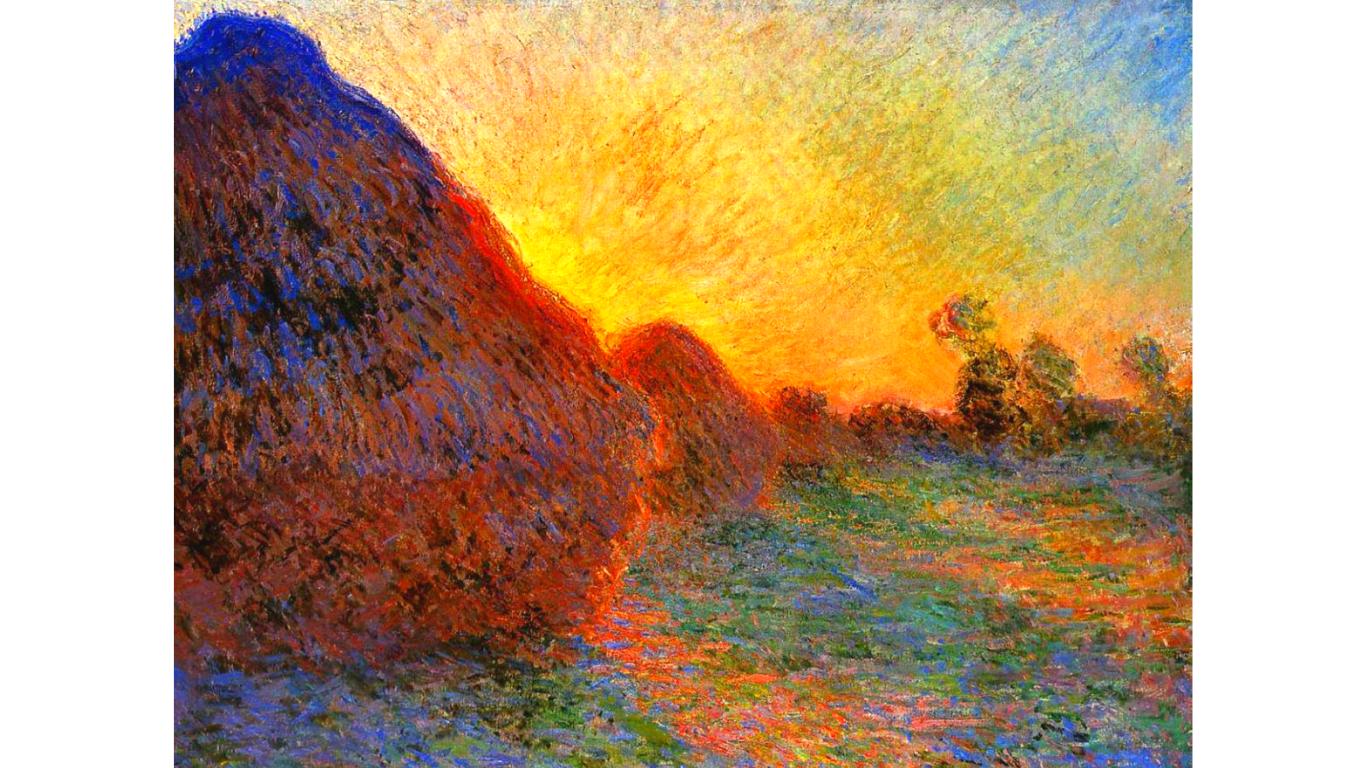 One of Claude Monet's most iconic compositions was auctioned off for over $110 million on Tuesday evening. Monet's 1890 oil-on-canvas classic "Meules," possibly the most admired painting from his "Haystacks" series, is driving a private collection of impressionist compositions. The painting was auctioned at $110.7 million, according to Sotheby's auction house. 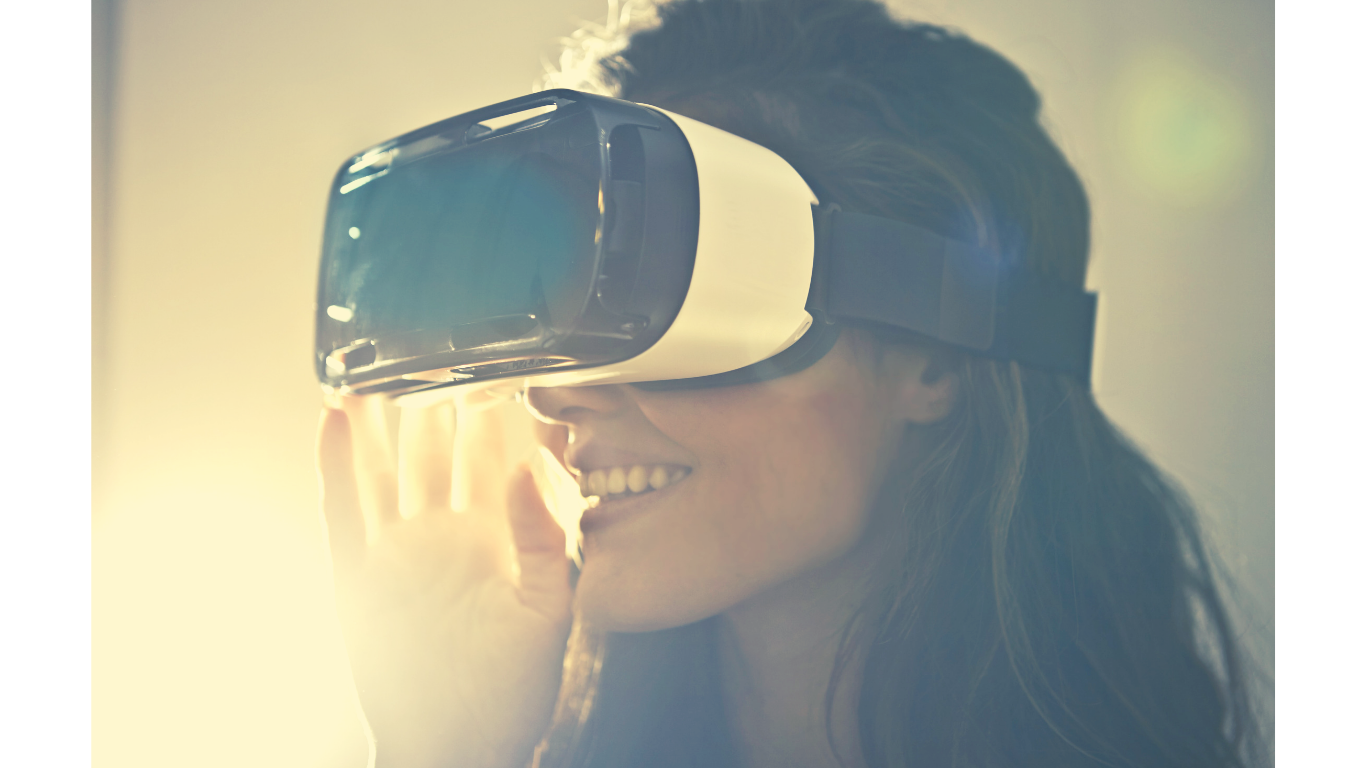 Guests at the Palazzo Grassi in Venice at the preview of the Venice Biennale took a virtual reality (VR) trip of the billionaire collector François Pinault’s formidable new Paris gallery, which is slated to inaugurate next March. 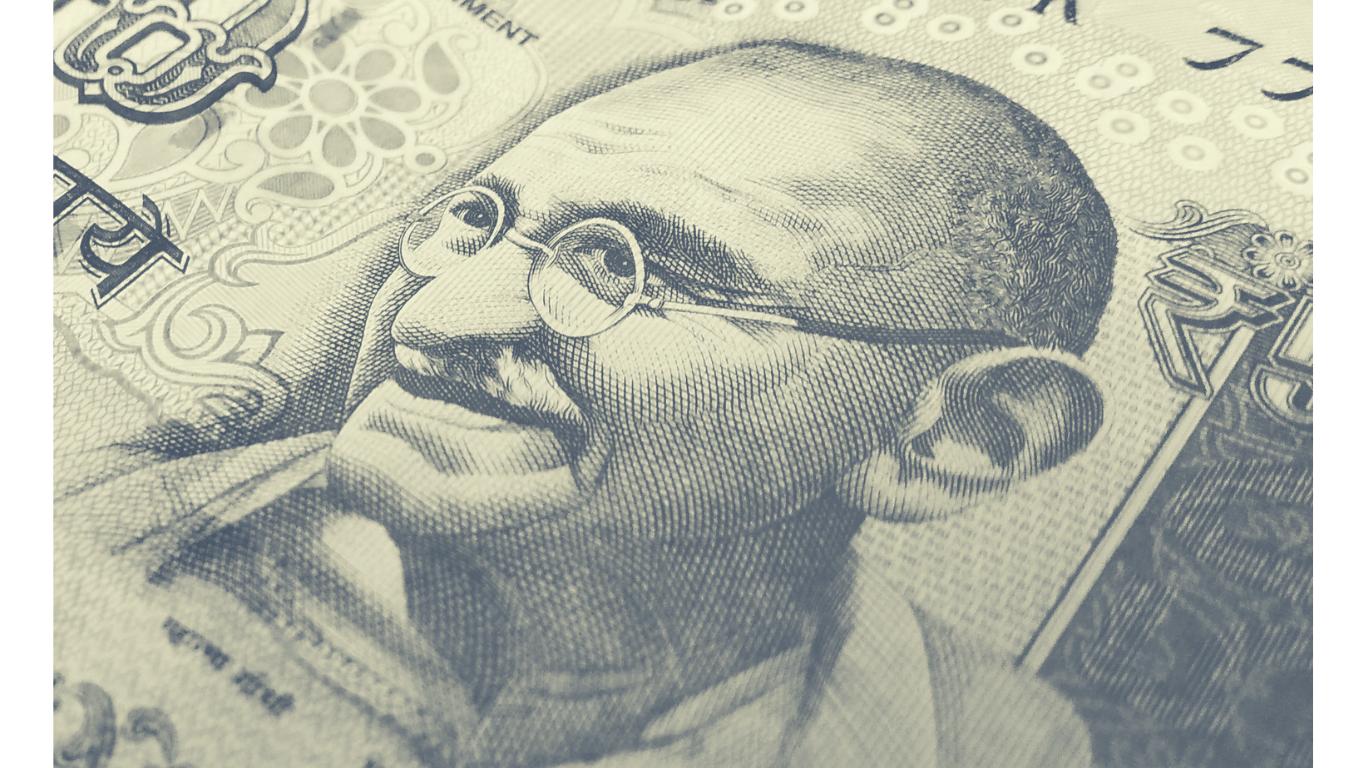 India's only second outing at the Venice Biennale is making waves. On display, in the nation's pavilion, is a smoky screen on which is written a message and signature by Mahatma Gandhi, in Jitish Kallat’s installation Covering Letter. The letter which was written to Adolf Hitler carries a moral weight even today. 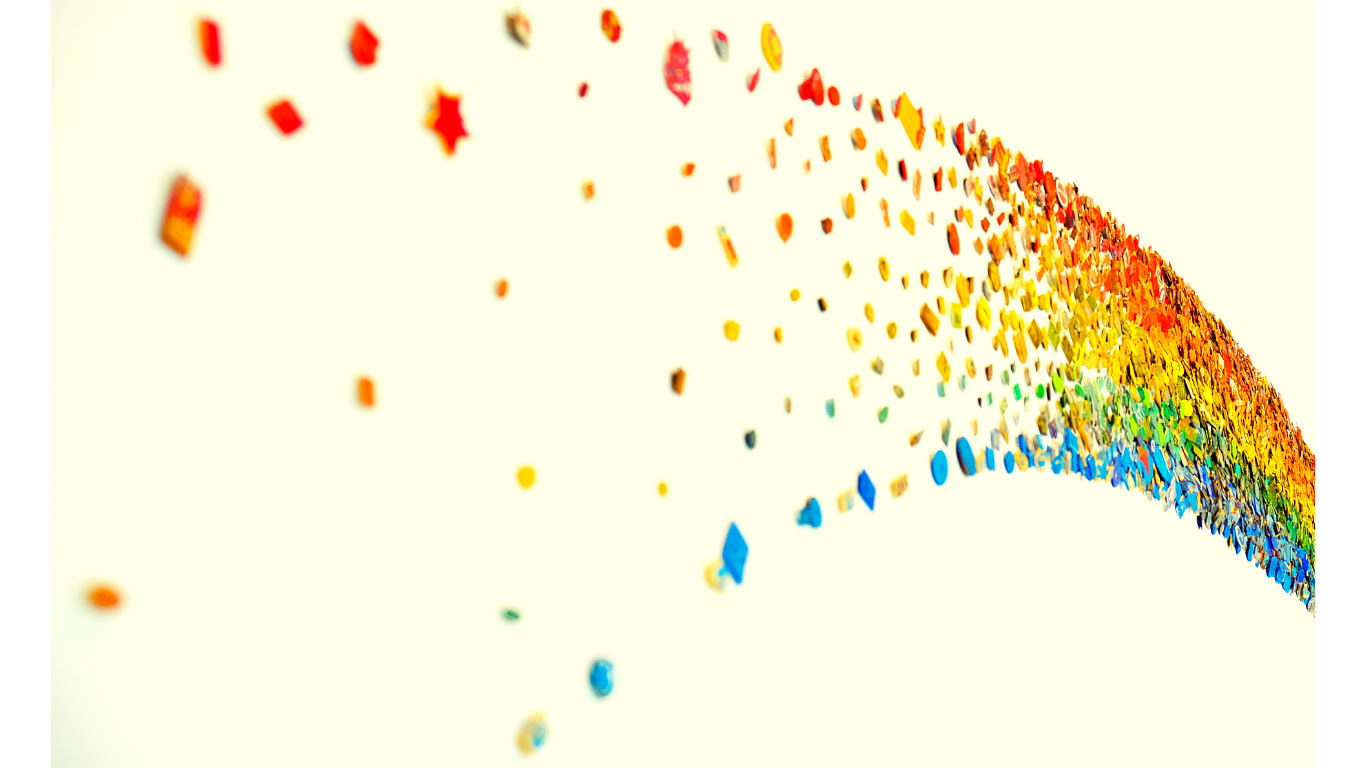 The UK-Ghanaian architect David Adjaye has been appointed to design what is expected to be the most notable contemporary art space in India. The panel for the Kiran Nadar Museum of Art released the statement yesterday in Venice at a dinner for the Indian pavilion.

A Māori Tradition That Was Erased By19th-Century Photography Method 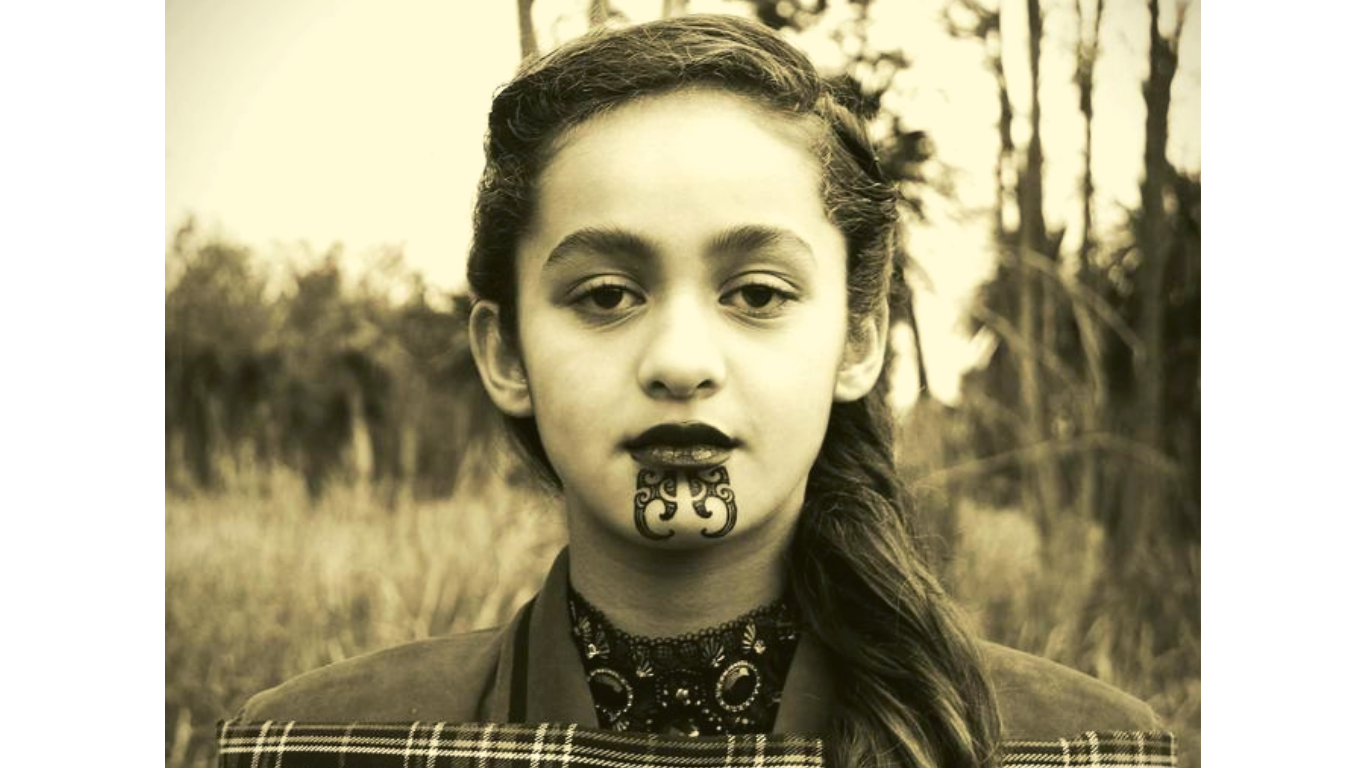 A new project has brought the near-obsolete technique of wet plate photography back, along with bringing to light the ways in which the medium erased Indigenous culture in New Zealand.

Michael Bradley has applied the technique for a portrait project titled Puaki, which in Māori means “to come forth, emerge, reveal, to give testimony.”

Highlights From The 2019 Whitney Biennial 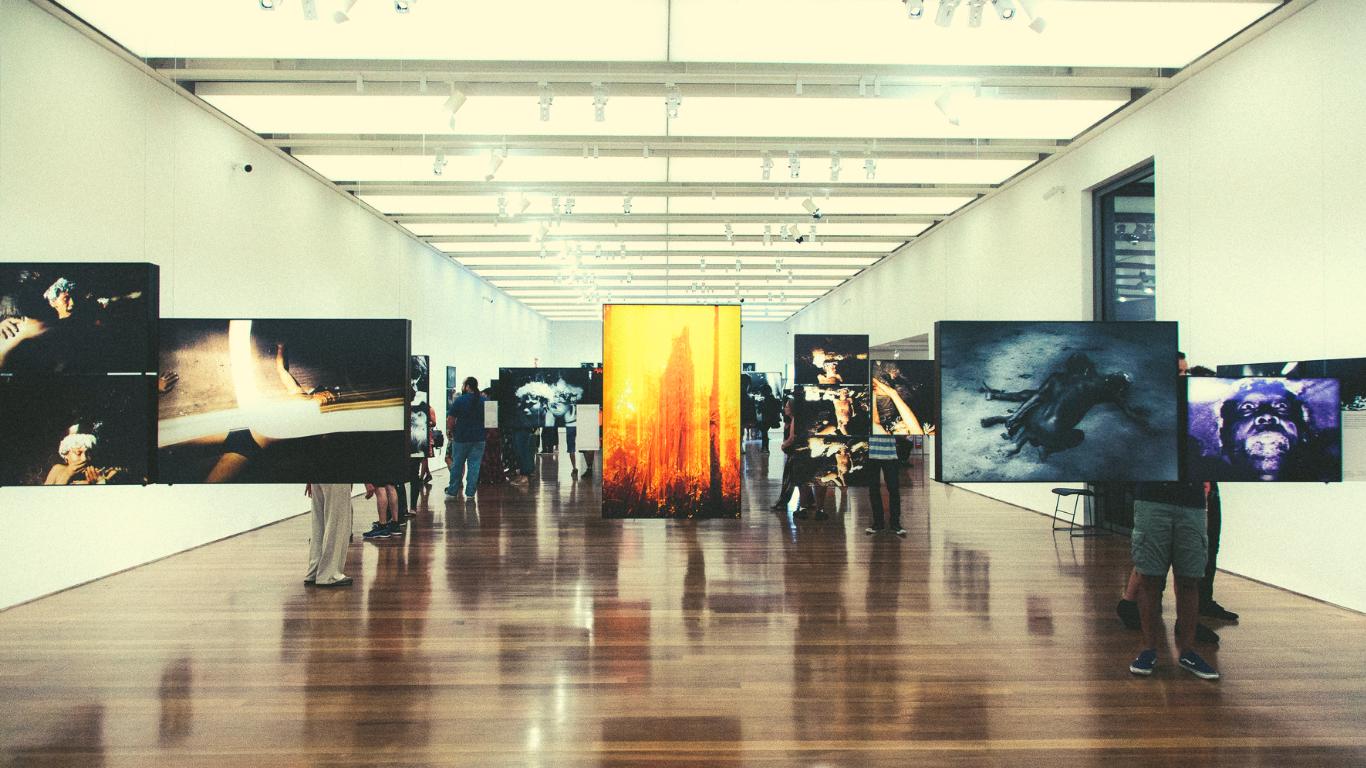 The 2019 Whitney Biennial opened on Monday and the members of the press in New York were welcomed. Curated by Rujeko Hockley and Jane Panetta, the exhibit features 79 artists based in America. Here are a few favorites from the first impressions of the show. 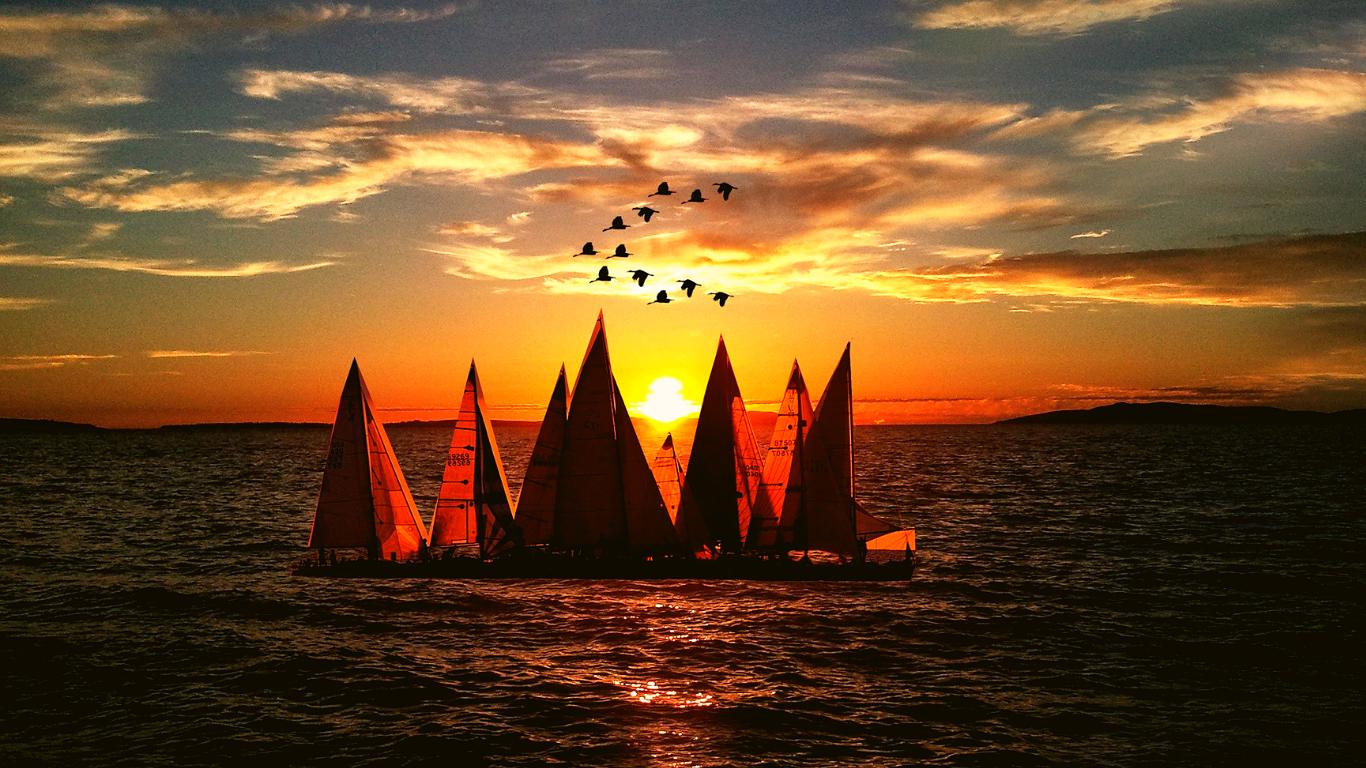 Artist Melissa McGill's concept of a fleet, of traditional wooden boats, rigged using sails in striking shades of red, sailing over the Venetian lagoon came to fruition.  After two years of hard work, that vision finally came to life in the inaugural excursion of Red Regatta, a public art project that is simultaneously a celebration of the city’s maritime past and a cautionary tale about the impact of climate change and mass tourism. 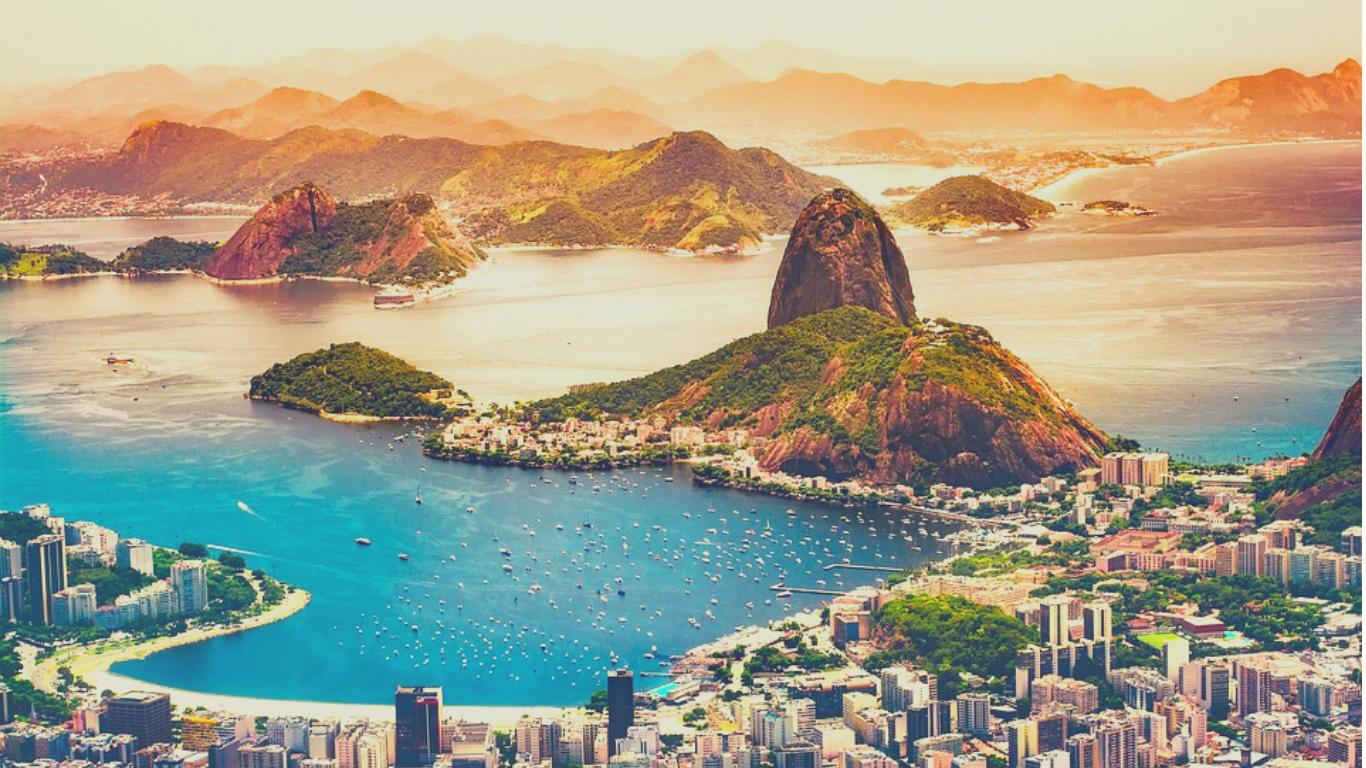 As researchers revealed more than 200 ancient Egyptian pieces rescued from the rubble of Rio de Janeiro’s National Museum, that had been damaged by a fire, during a press conference at the beginning of this week, the museum’s director Alexander Kellner used the opportunity to speak out about the museum’s most urgent threat: a shortage of federal funding. 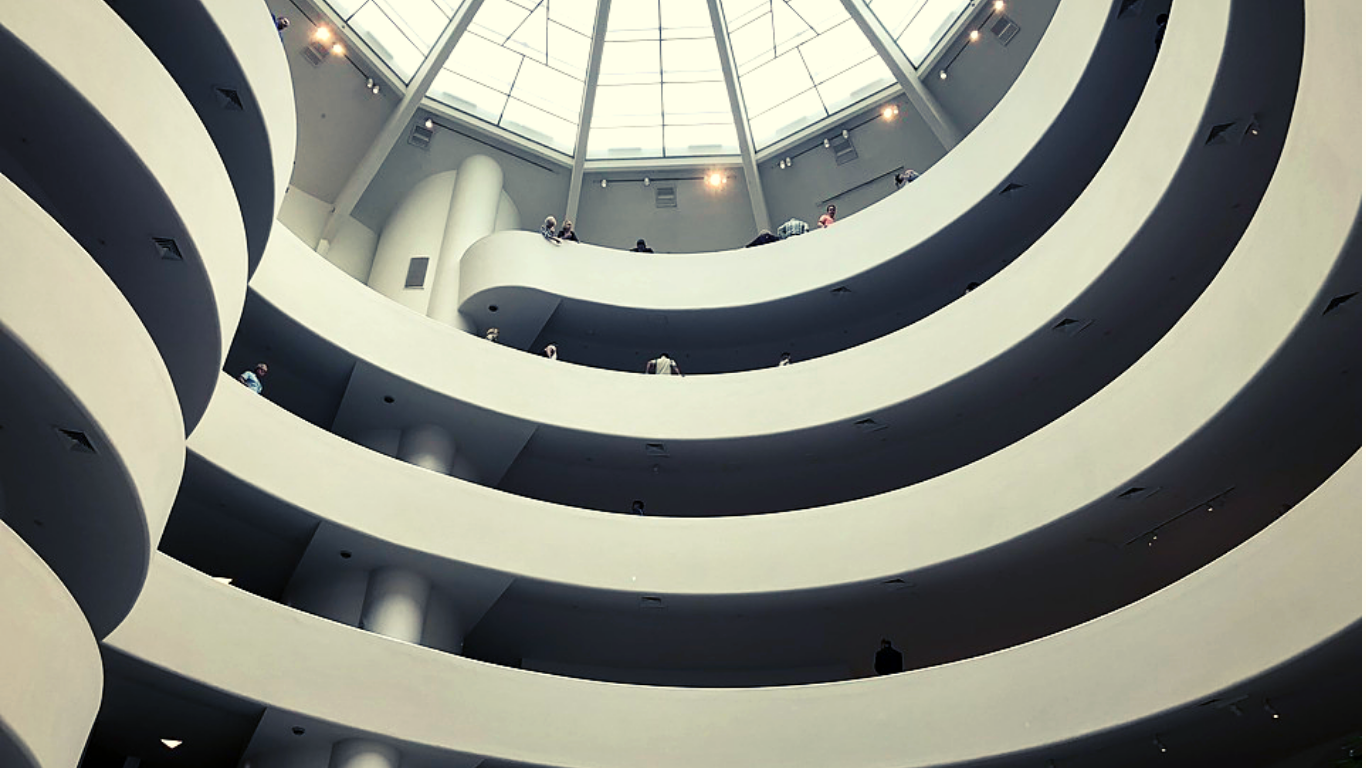 One of Russia’s wealthiest people has bequeathed a new fellowship for the conservation of contemporary art with the Solomon R. Guggenheim Museum in New York. Vladimir Potanin, the billionaire executive from Norilsk Nickel is a longstanding trustee of the Guggenheim Foundation and chairman of the board of the State Hermitage Museum in Russia. 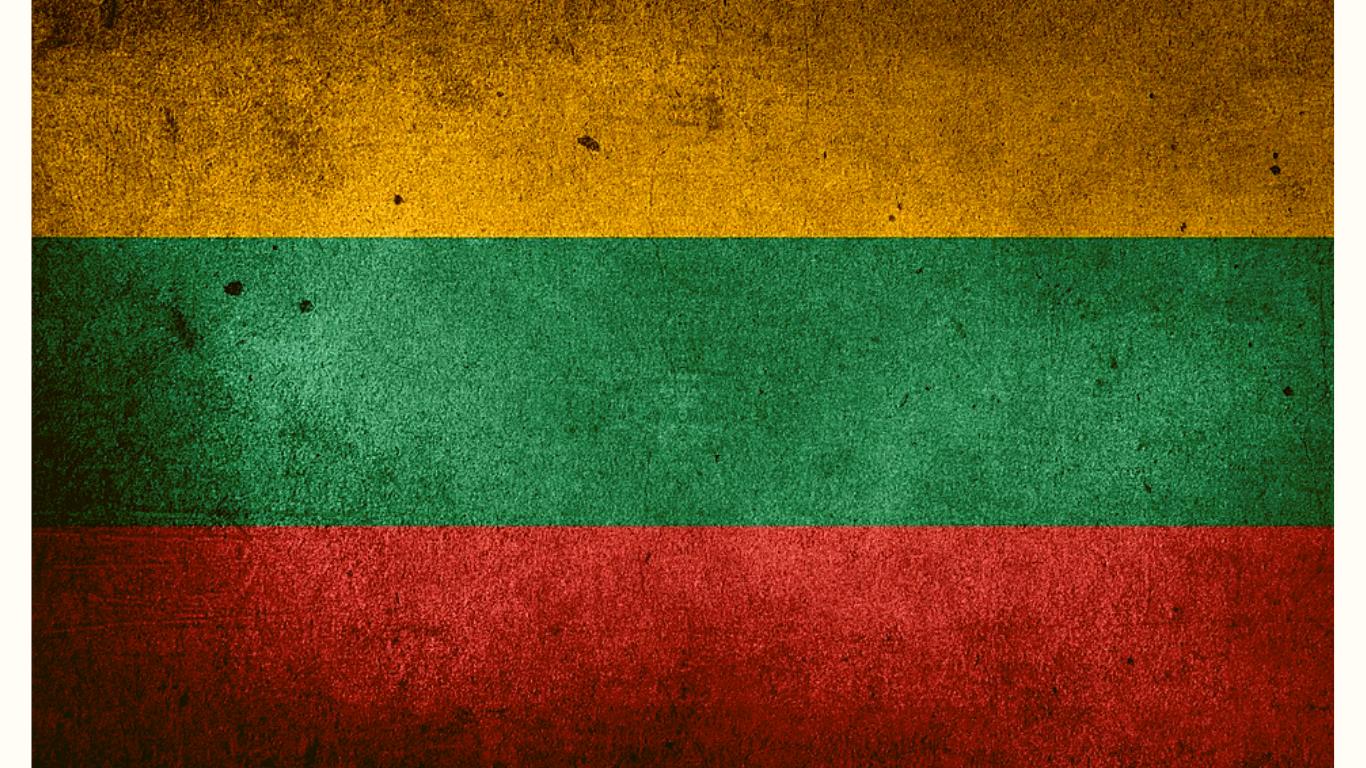 Following the week of opening exhibitions, the 58th Venice Biennale announced the winners of its awards. The Golden Lion for best national participation at went to Lithuania, which exhibited Sun & Sea (Marina), an opera regarding climate change by Rugilė Barzdžiukaitė, Vaiva Grainytė, and Lina Lapelytė.  And the Silver Lion, which acknowledges “promising young artist,” was awarded to Haris Epaminonda.

Marking The 500th Anniversary Of His Death, Various Theories About Leonardo Da Vinci Come To Light 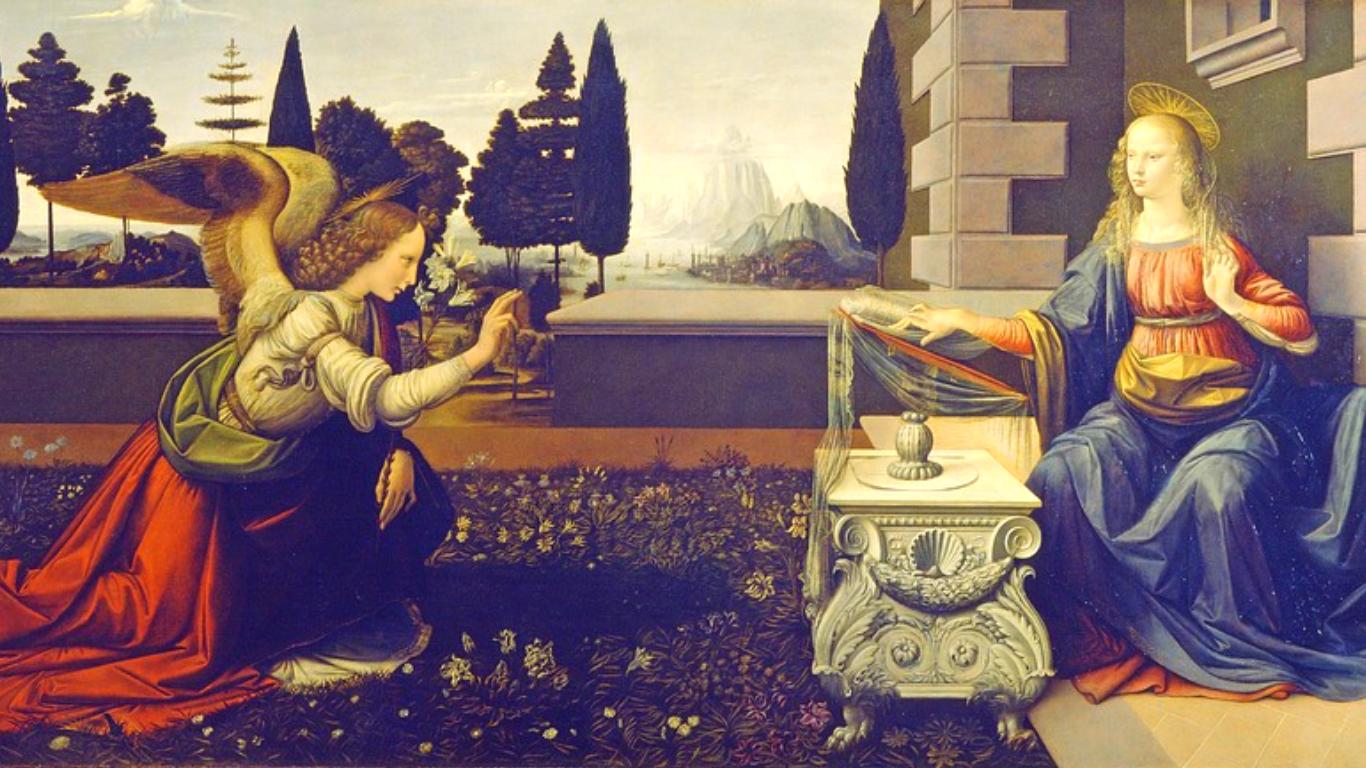 Leonardo da Vinci enthusiasts are not recognized for their restraint. Give them a tiny mystery and a hint of opportunity, and the theories emerge fast. People will be learning a lot about Leonardo, with the 500th anniversary of his death being marked this year. Exhibits are being prepared in the United States, the United Kingdom, France, and Italy.

Things To Keep In Mind While Selecting Wal...

When it comes to decorating your living room with wall art, it becomes difficult

Showflipper compiles for you the most exciting art news from the art world! Stay

How To Draw Color Pencil Techniques For Be...

Is color pencil art, real art? In this blog, we shall look at the different colo

I am a kind of person who loves art and has a creative mind. So, I would never l

How to Draw Realistic Portraits Step By Step

Know How Easy It Is To Sell Artwork Online...