Showflipper's Art News from around the world 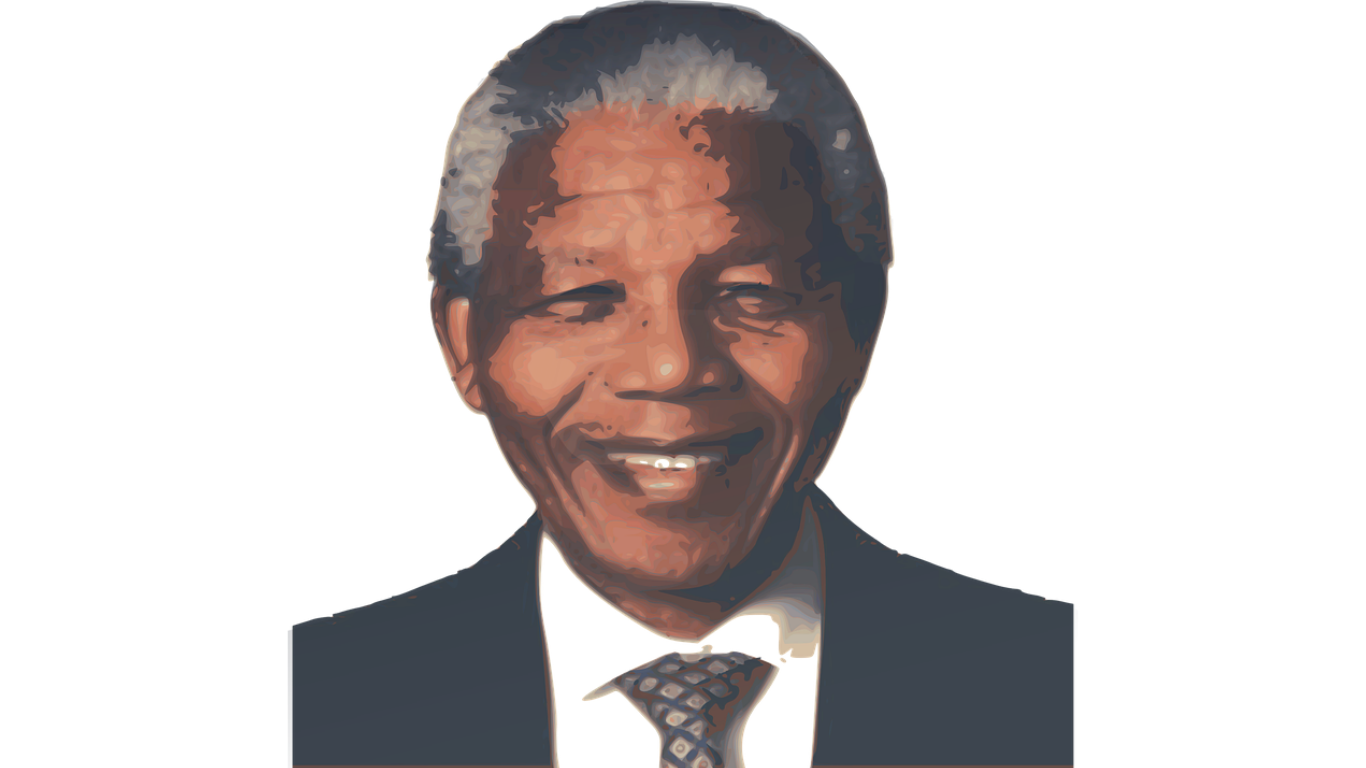 African freedom figure and South Africa’s revered anti-apartheid crusader, Nelson Mandela, may have passed away but his life persists to be honored across the globe.

The latest Mandela example of this is an auction in New York. Where, a drawing that he made in 2002 over the period of a decade following his release from the Robben Island prisons, went under the hammer. 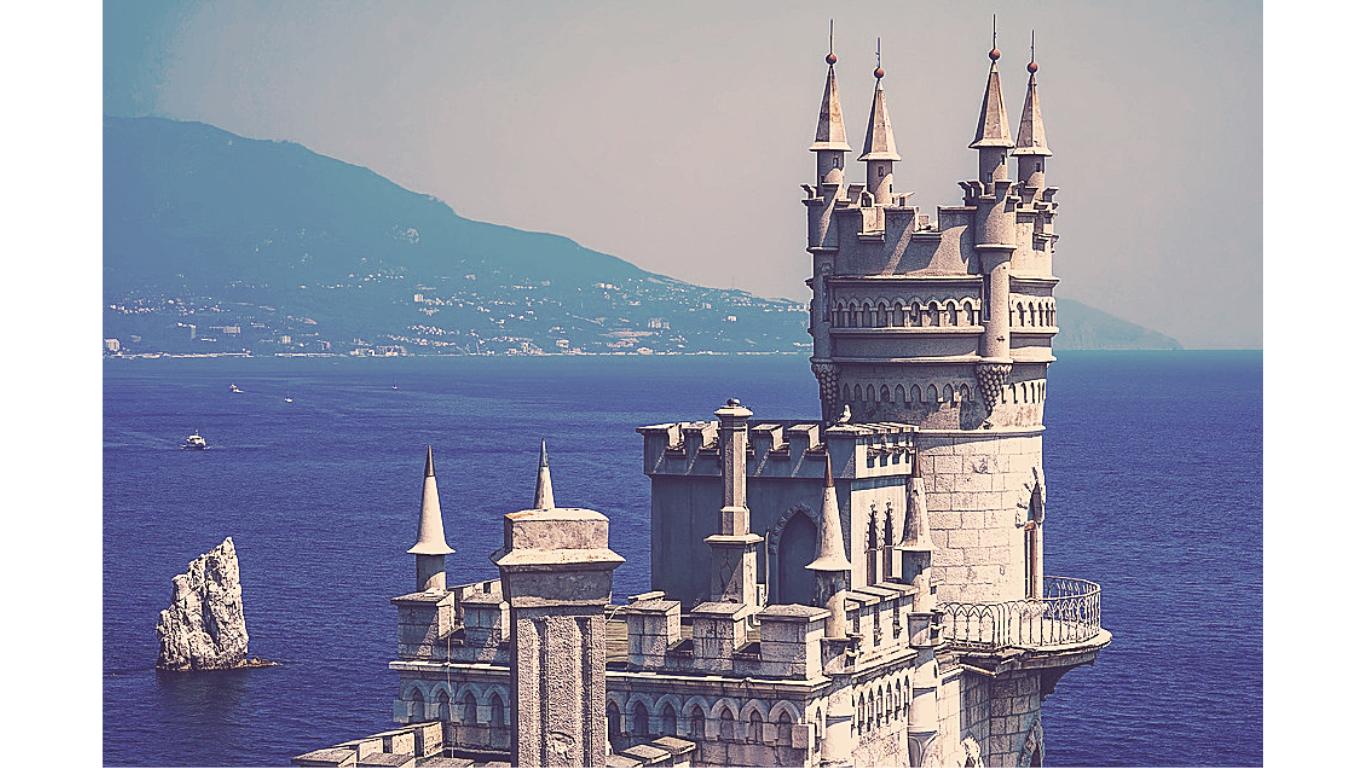 Amazing Stories of Crimea at Art Arsenal (Mystetskyi Arsenal) in Kyiv is an exceptional show. The exhibit concentrates on the cultural bond connecting the Crimean peninsula and mainland Ukraine; the curators remark that many artifacts discovered in Crimea are identical to those encountered in Kharkiv and Kherson oblasts in the southeast of Ukraine.

14th Manifesta To Be Held In Europe's Newest Nation 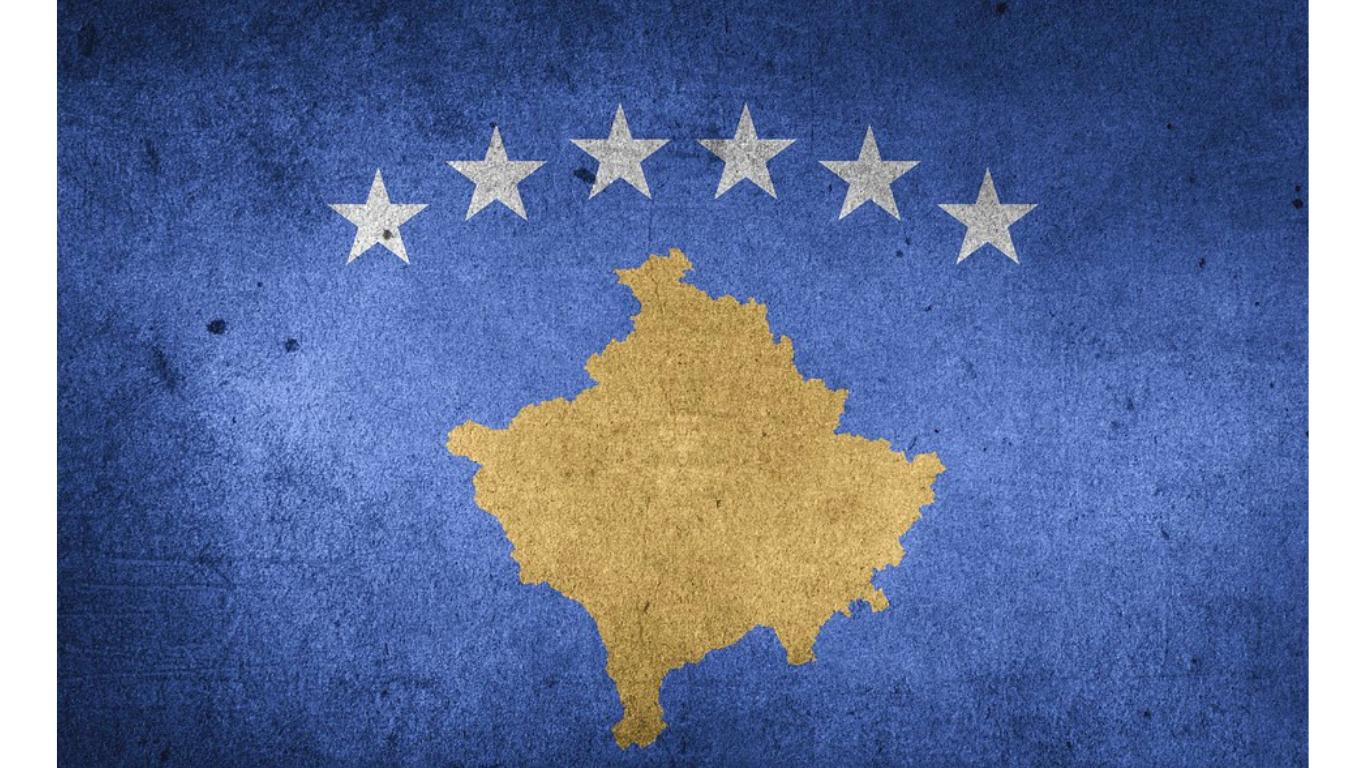 Manifesta Biennial is traveling to the Balkans for the first time. The “European nomadic biennial” has announced, its 14th edition, scheduled for 2022, will happen in Pristina, the capital of Kosovo.

The country of Kosovo is acknowledged by only 102 of 193 United Nations member states and is the newest nation in Europe. 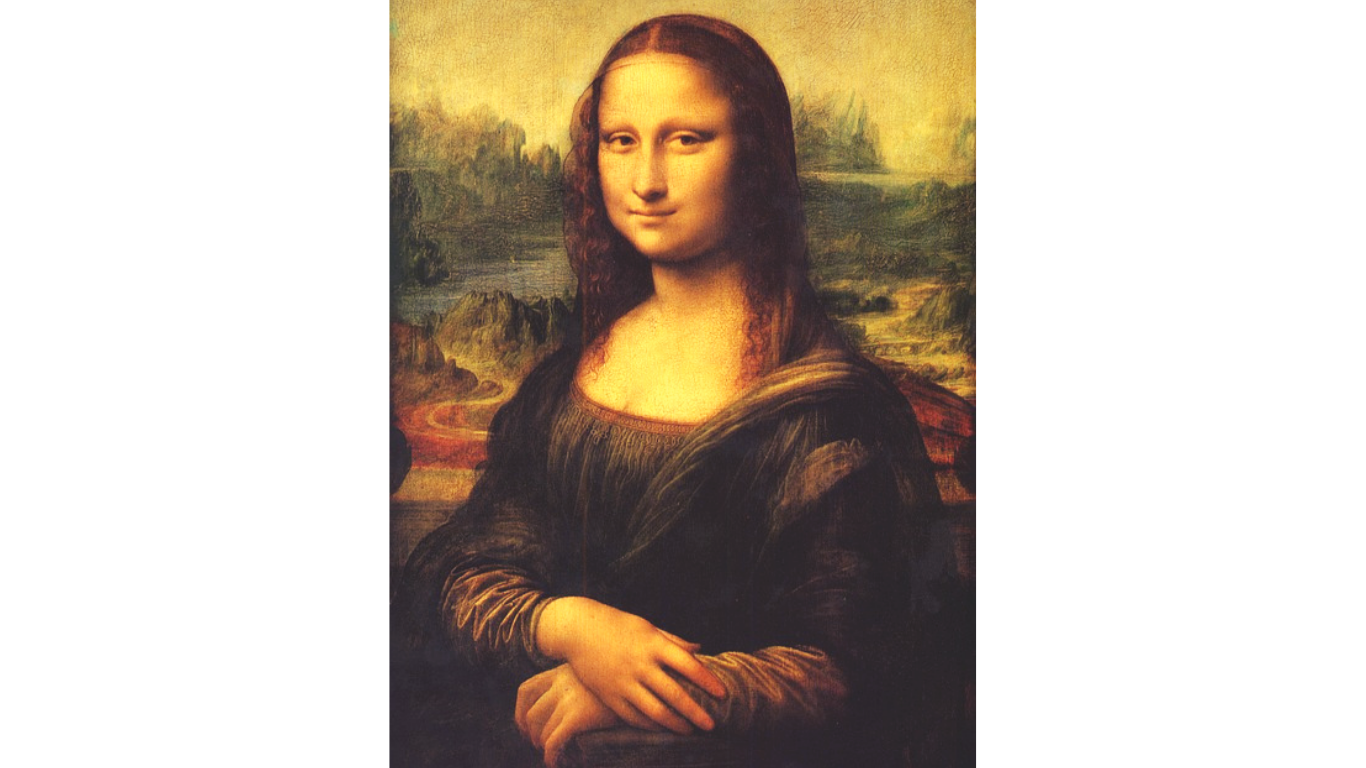 Leonardo da Vinci failed to finish the Mona Lisa because he had gravely hurt his arm as he fainted, a new study claims.

The root of the Renaissance artist’s disability has been argued over by art historians for hundreds of years, and in modern years partial paralysis as a consequence of a stroke has risen as the prevailing theory.

Antiquities Stolen From Iraq And Syria Marketed On Facebook 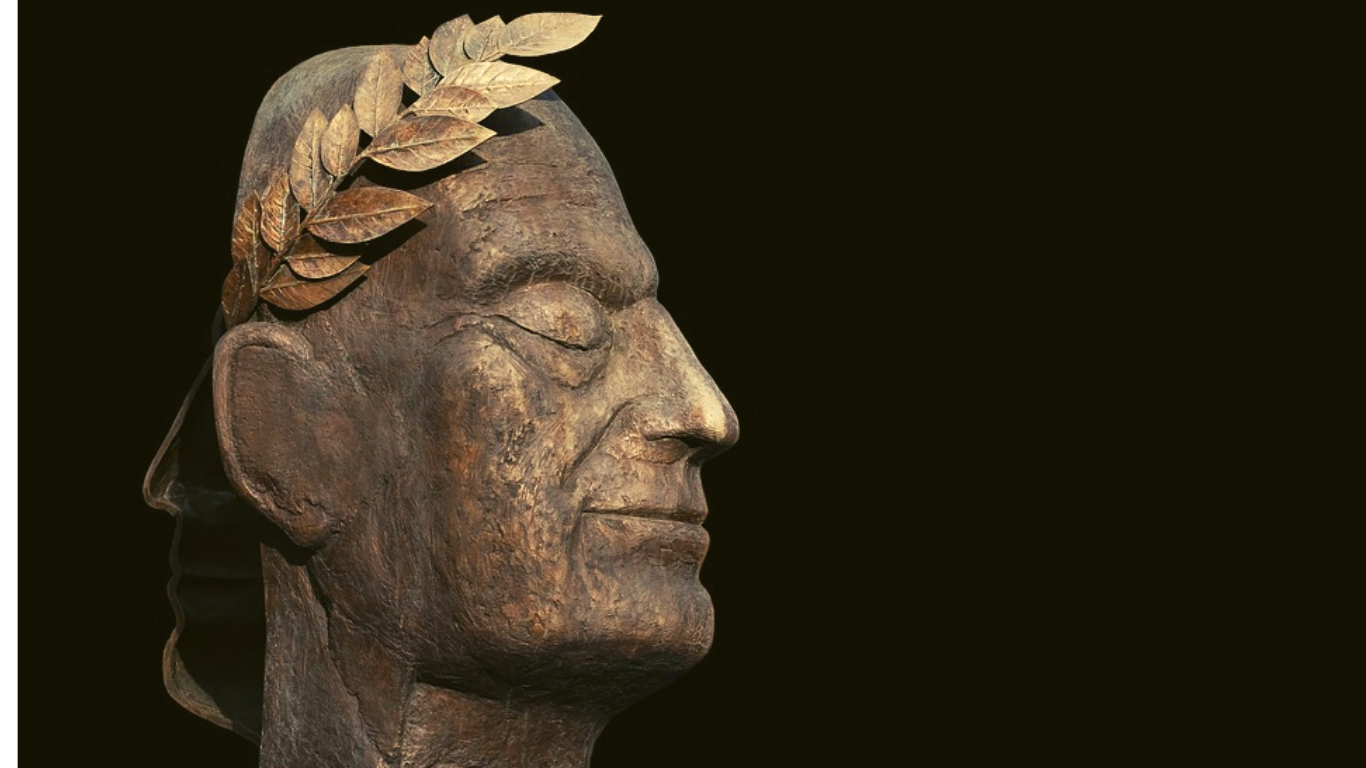 Artifacts from Syria and Iraq are being traded in a large web of dedicated Facebook groups that frequently have nearly 120,000 members.

Facebook stated that it had banned 49 groups after a BBC probe found a figure from the ancient city of Palmyra and a full Roman mosaic from Aleppo among the artifacts pitched for sale. 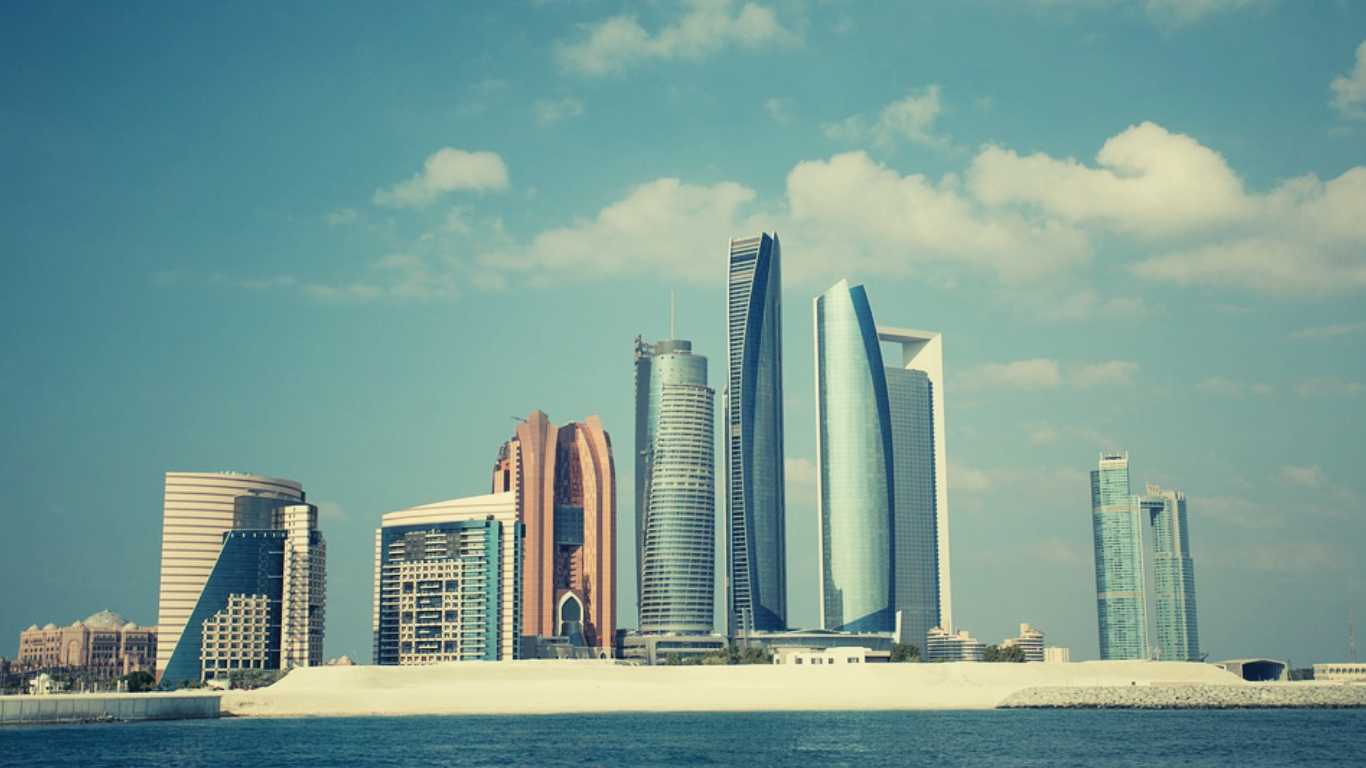 Gulf Labor Coalition (GLC), a body of artists and activists that have been defending migrant worker rights in the Gulf from 2010, issued a statement on Saturday, April 27, asking artists to “[w]ithhold any partnership [with Guggenheim  Abu Dhabi,] including the trade of their art, until the museum, could address issues we had about labor norms.” Also saying that the museum is being “built on the back of abused, indebted, and exploited workers.” 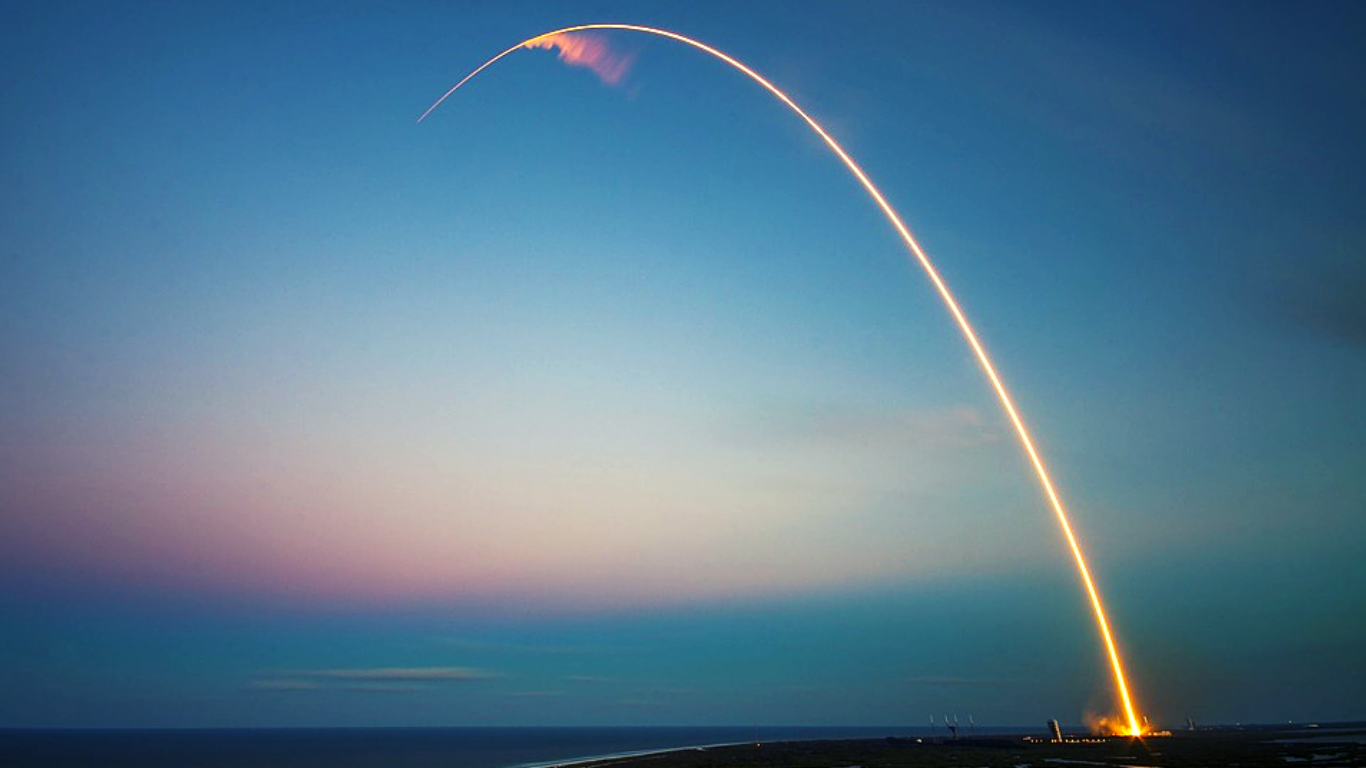 After almost a decade of research and development along with $1.5m dollars in funding, Trevor Paglen’s spaceworthy sculpture titled the Orbital Reflector is now formally being acknowledged as an unrealized artwork. The Nevada Museum of Art, which has backed the project, has stated that the 100-foot-long diamond-shaped Mylar balloon covered with titanium oxide meant to be noticeable to the naked eye at key points while in orbit, never inflated. 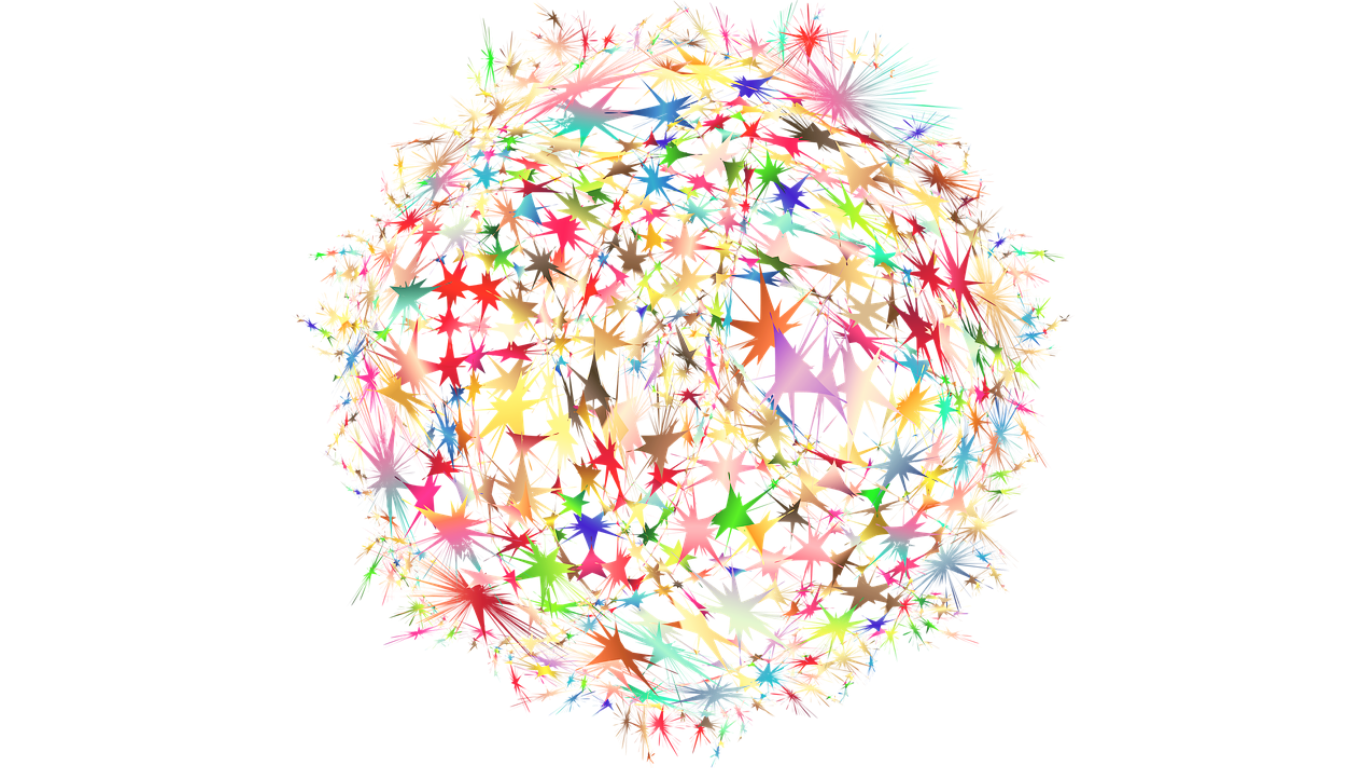 New artwork produced by Artificial Intelligence does uncanny things to the primate mind. When presented to macaques, AI-generated art purposefully made nerve cells in the monkeys’ brains to light up more than pictures of real-world things. The AI could also devise patterns that stimulated particular neurons while suppressing others.

A Stonehenge On Ibiza, Created By An Eccentric Billionaire, Has Transformed Its Art Scene Forever 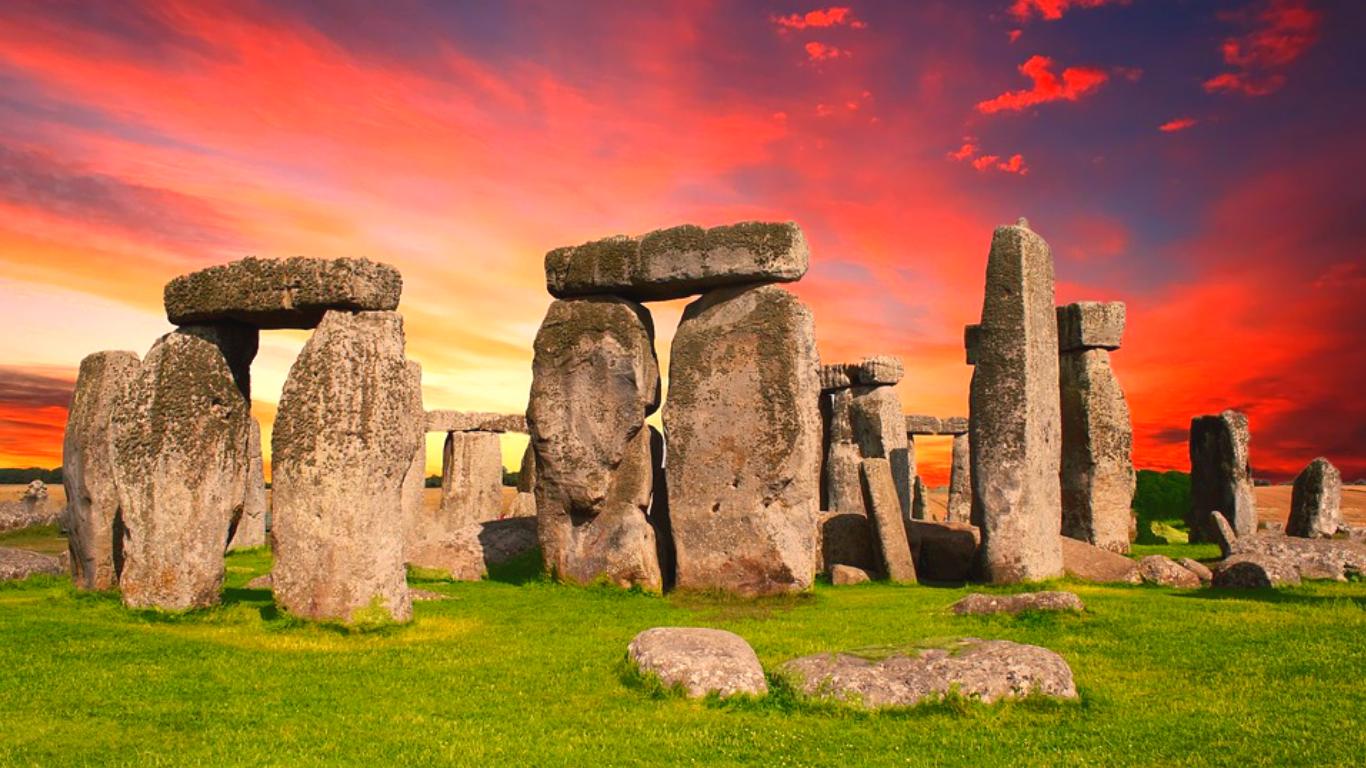 On the rocky and secluded hillside on the southwest shore of Ibiza, you can get an up-close glimpse of the most exciting art installation on the island in Spain. A modern-day Stonehenge has been conceived thanks to one of the island's most prominent billionaire inhabitants, Guy Laliberté. 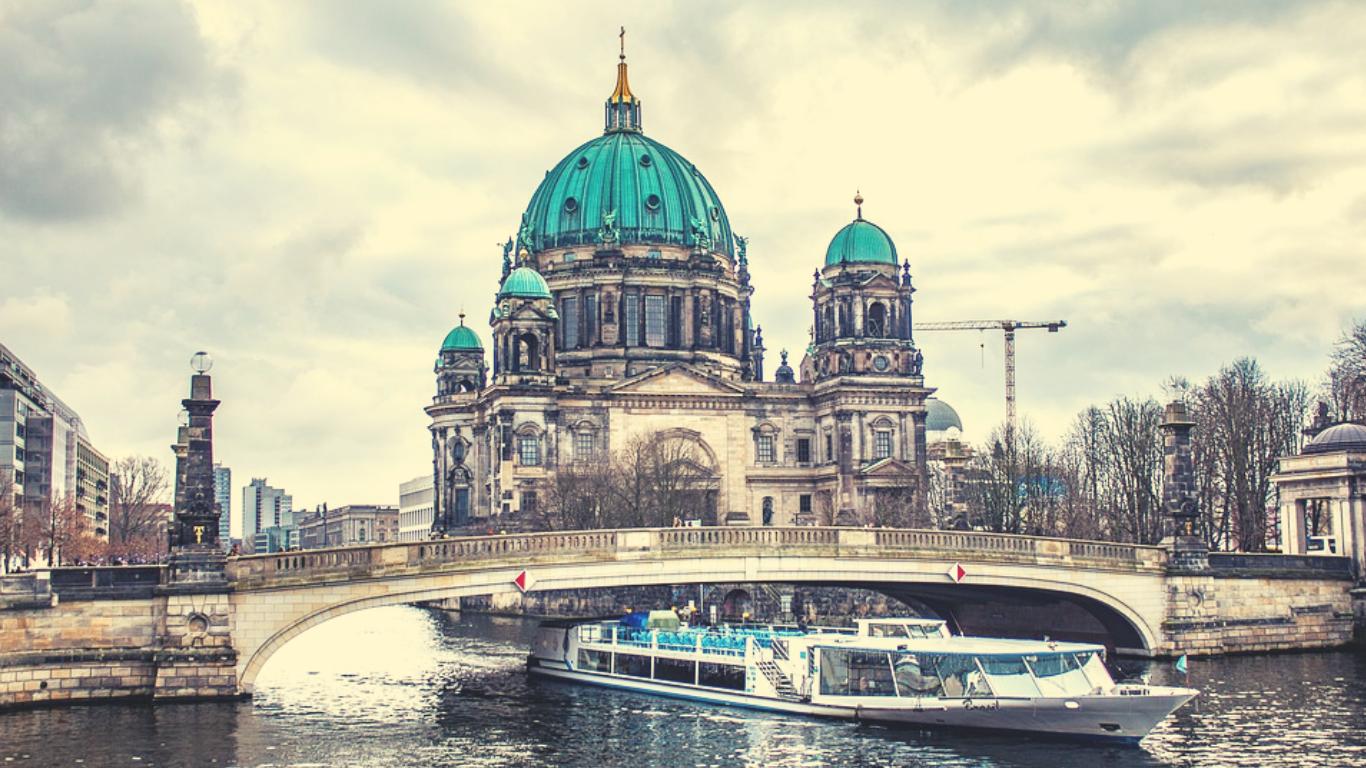 Markus Hannebauer, a Berlin software entrepreneur and art connoisseur has transformed a Nazi-era edifice, in Berlin, that once worked as administration offices for the Luftwaffe into an exhibition hub for contemporary video art called Fluentum. 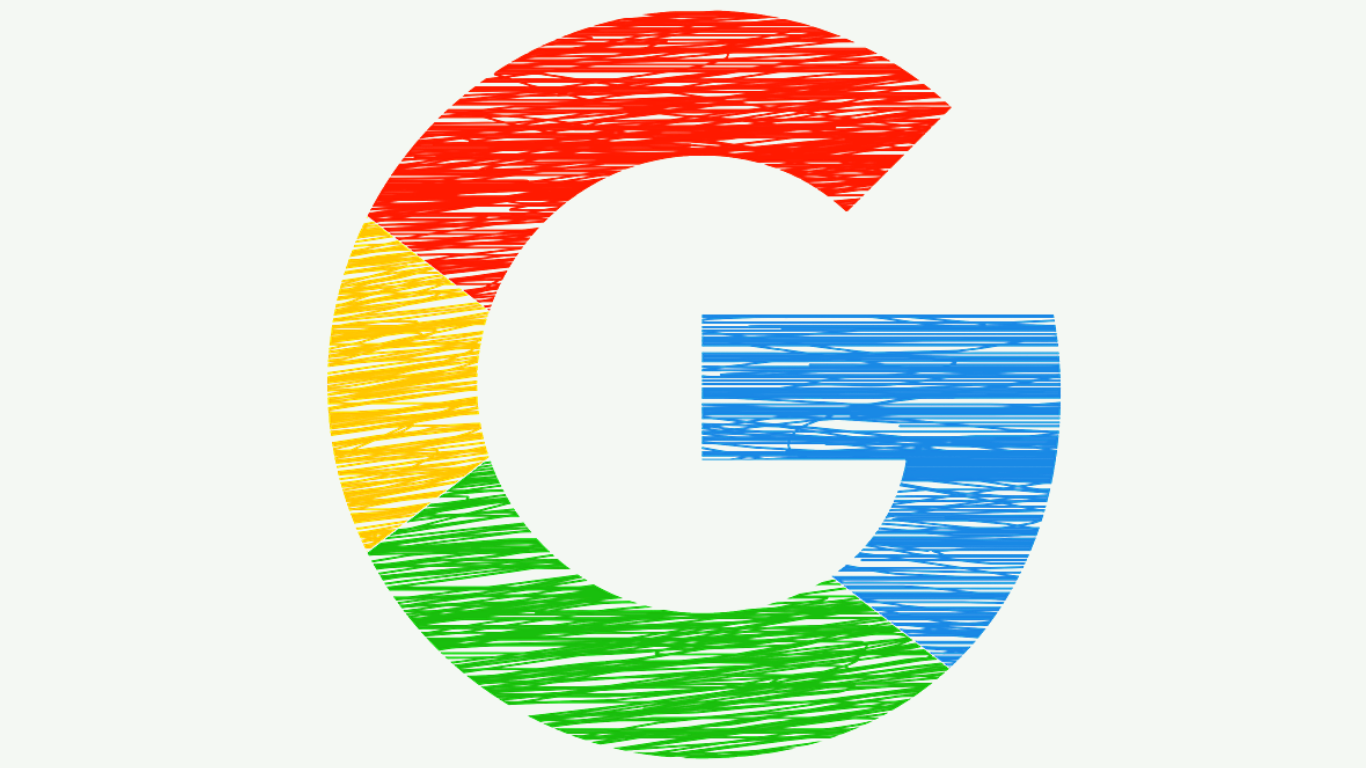 Google’s home page on Wednesday,1st May, welcomed its visitors with a doodle of multiple objects dangling above a woman kneeling on a mat; the woman was Japanese-American artist Ruth Asawa.

Asawa, who passed away at the age of 87 in 2013, was best recognized for designing intricate, woven wire sculptures. 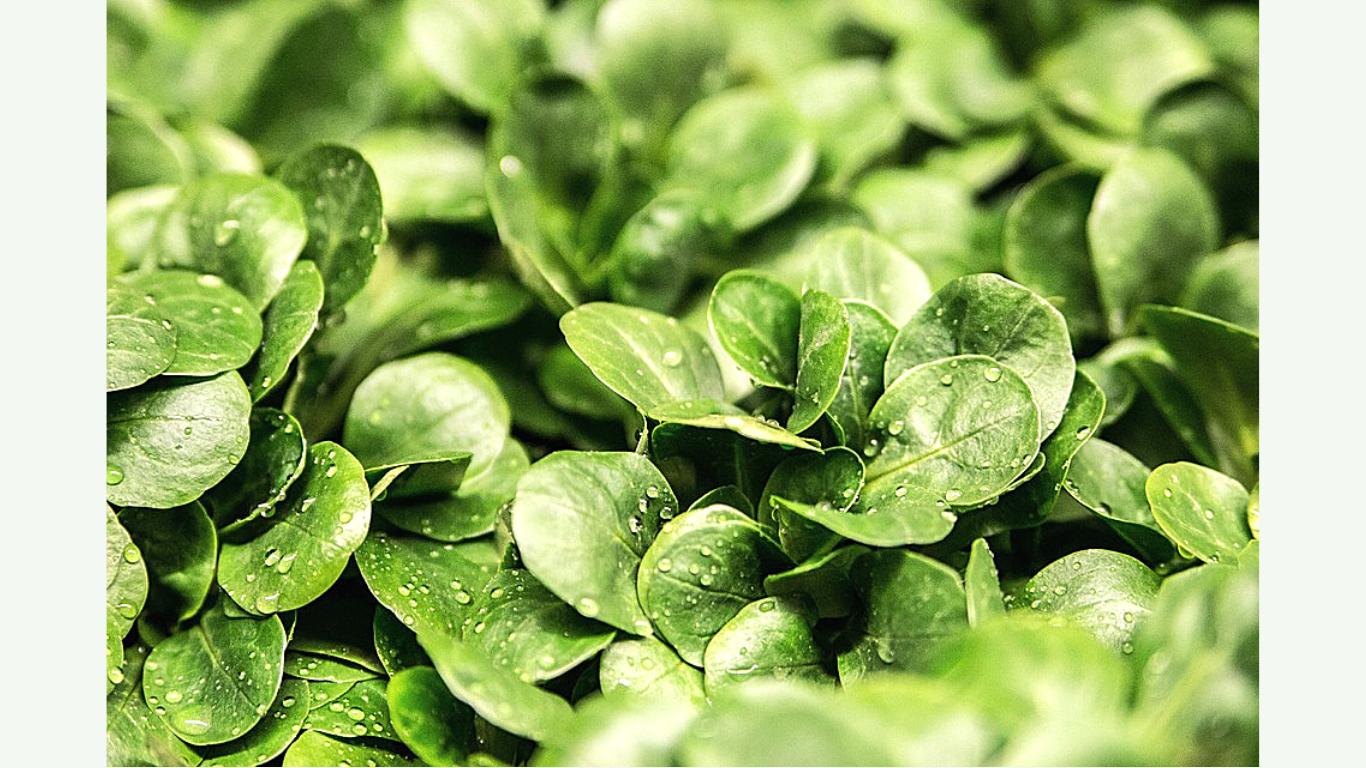 On Wednesday, at the VIP show for the 2019 Frieze New York art fair, between rows of booths with pricey art objects, grew a garden. The sprouting herbs mentioned are at the fair courtesy of Project EATS, a foundation established in 2009 by artist Linda Goode Bryant, who formerly worked as a filmmaker and a gallerist.

Venezuelan Art Market Suffers As Coup Breaks Out In Caracas 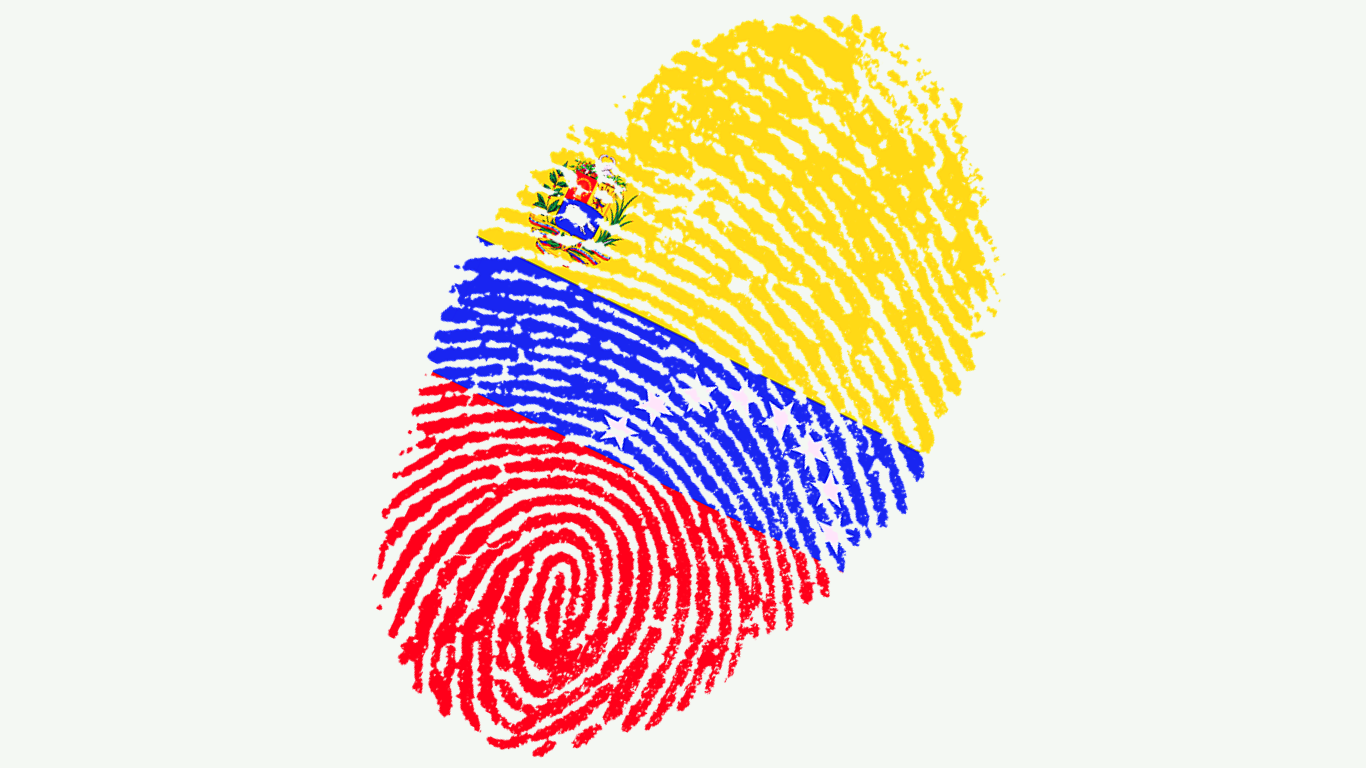 Once the cultural jewel of South America, Venezuela's capital is now a poor imitation of its former grandeur as artists and dealers struggle against a military rebellion.

In the country's withered and broken art market, as in politics, left-wing supporters who have supported socialist President Nicolás Maduro, have a monopoly. 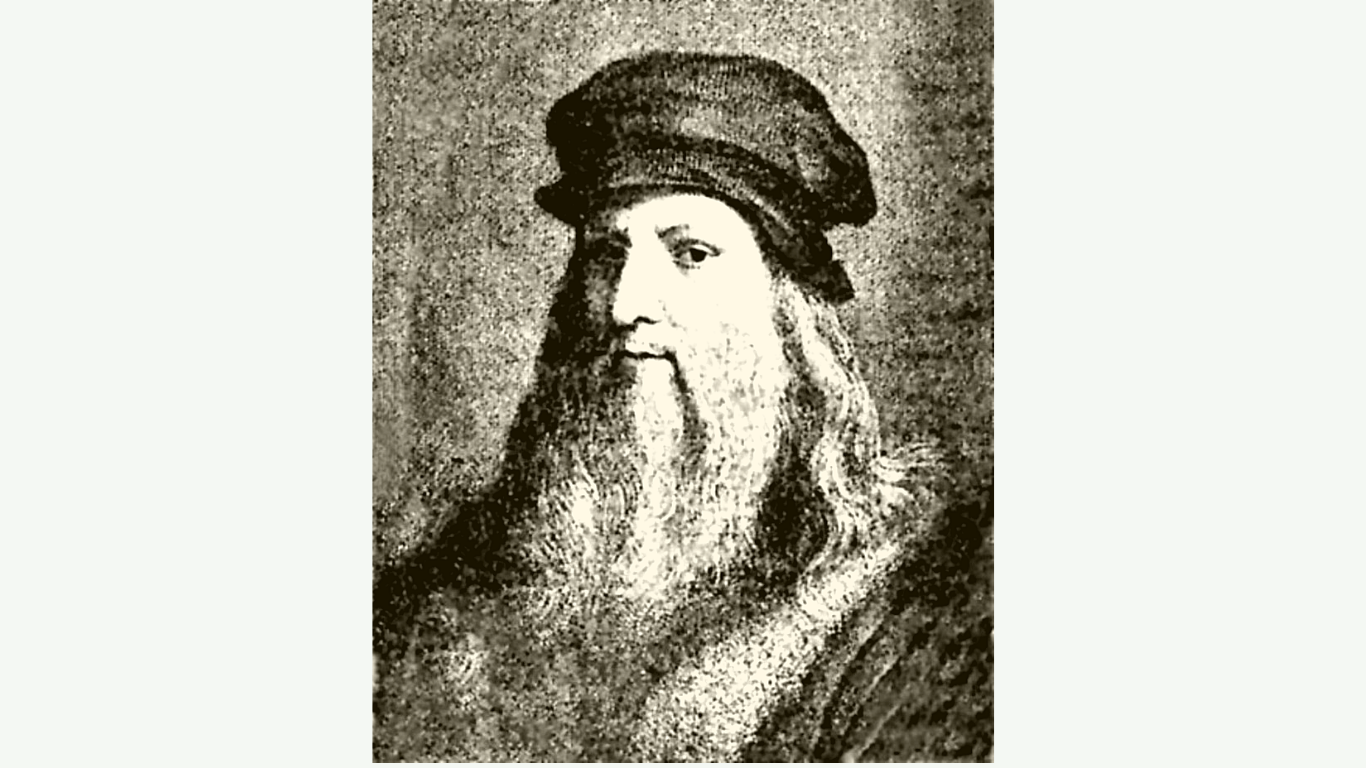 Previously, only one other portrait has remained from the artist's lifetime, apart from the self-portraits.

Martin Clayton was analyzing an exhibit for The Queen's Gallery in London when he recognized the drawing as a study of Leonardo made by an anonymous assistant shortly prior to the master's passing in 1519. 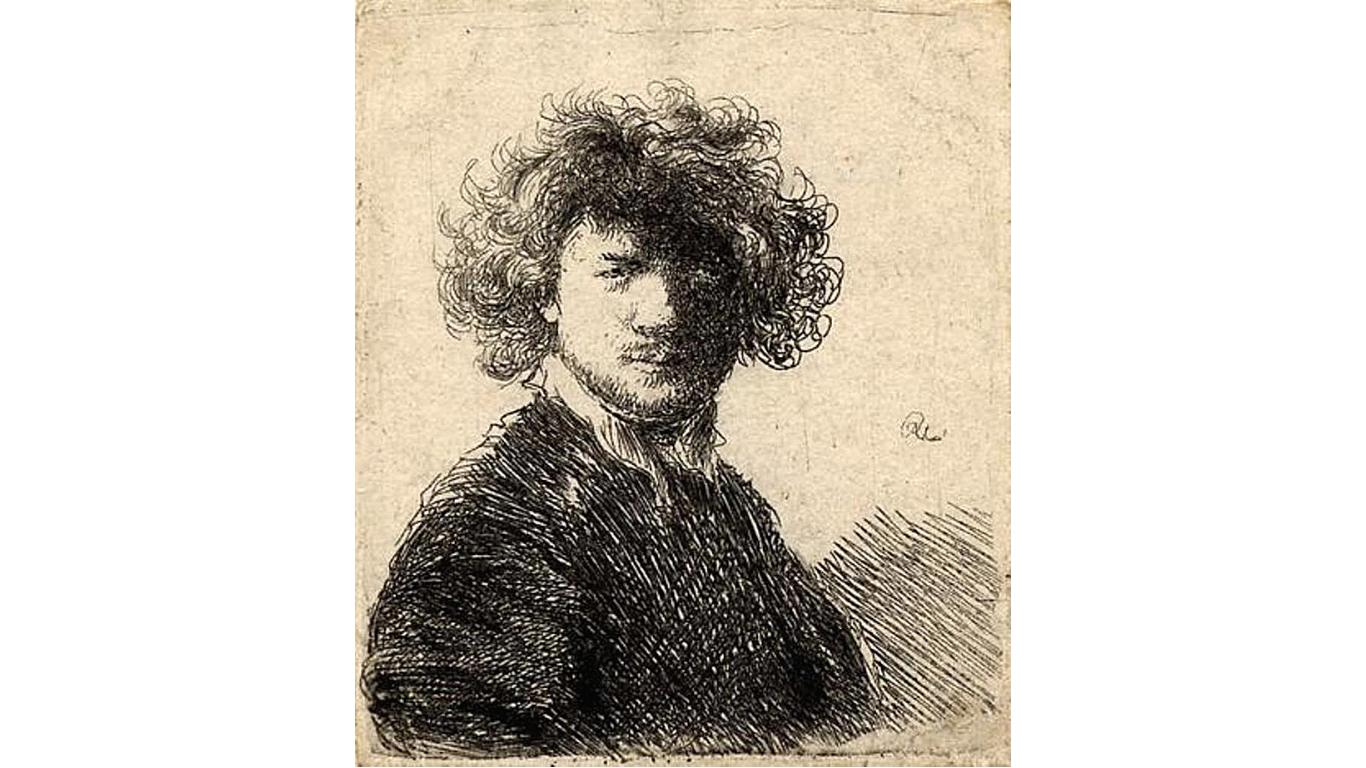 In October 2003, York native Blair Bohr had a feeling the item he was seeing on eBay might be a genuine etching by Rembrandt van Rijn. Bohr won the item — a self-portrait of the Dutch master circa 1642, for a mere $892.

The portrait is thought to be a drawing that dates back to between the 1640s to 1660s.

Curators,  Architects, And Academics Sign A Petition Urging The French President Not To Rush The Reconstruction Of Notre-Dame 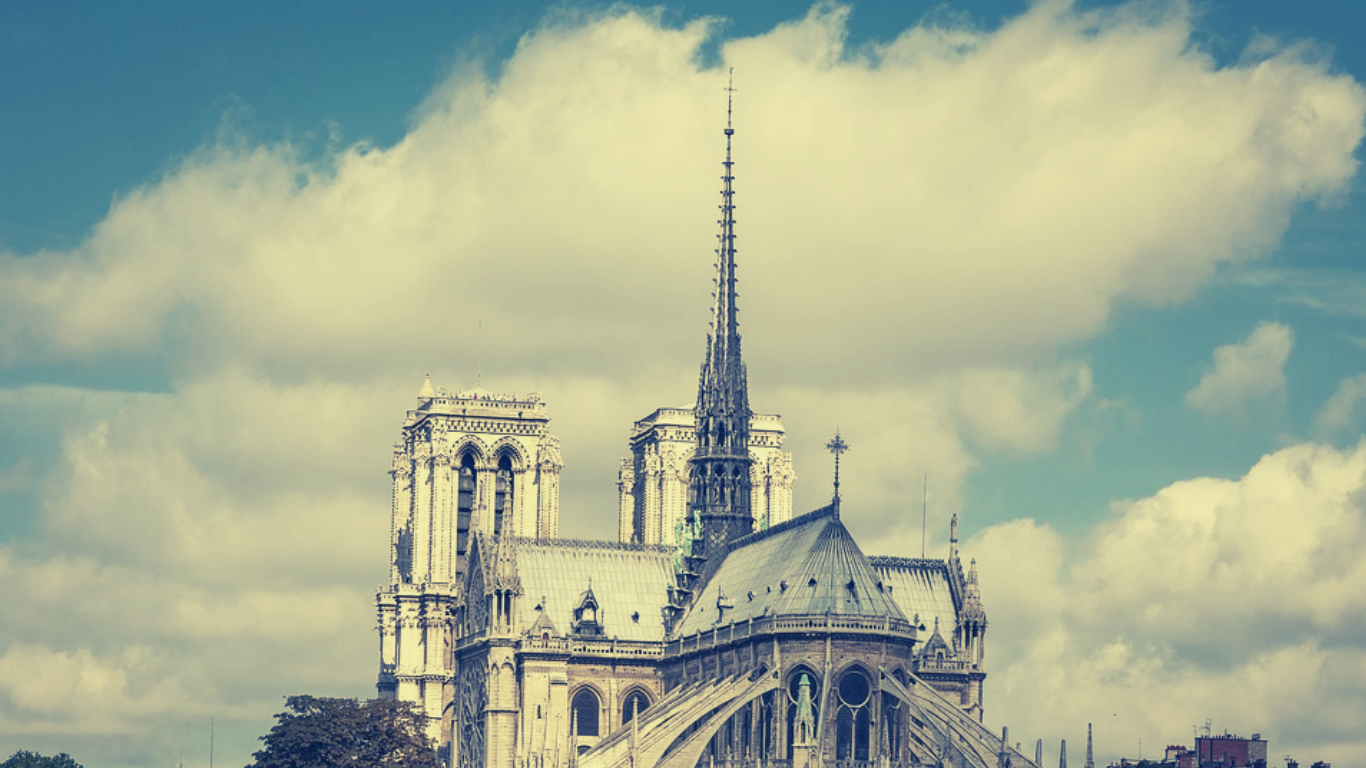 An open letter, urging the French president Emmanuel Macron not to circumvent experts in his haste to restore Notre Dame de Paris following the fire on 15 April, has been published in Le Figaro newspaper on 28 April. The petition has been signed by more than a 1,000 renowned curators, architects, and academics including Philippe de Montebello, the ex-director of the Metropolitan Museum of Art in New York.

Togo Plans The First State-Funded Museum For Contemporary Art On The African Continent. 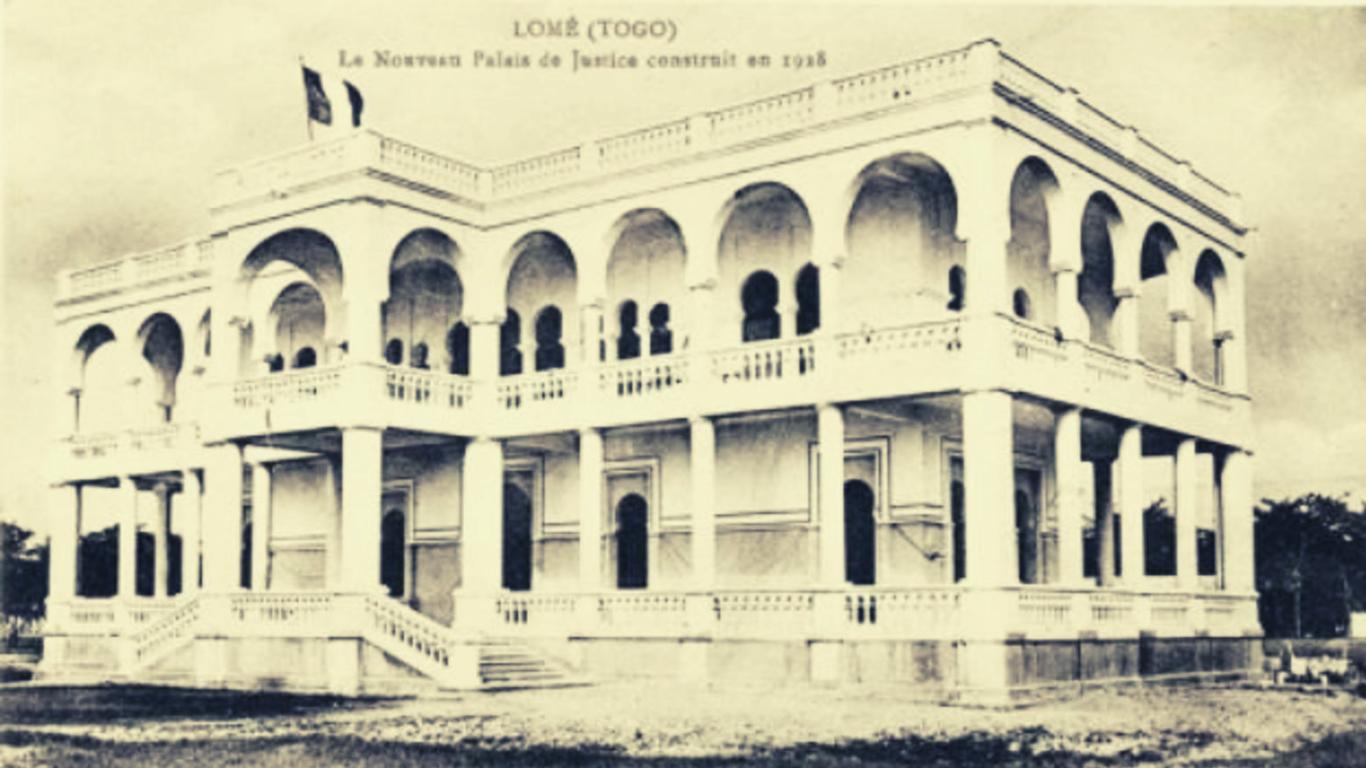 The nation of Togo is opening an organization committed to contemporary African art. The foundation, called the Palais de Lomé, is housed in a building which was previously identified as the Palace of the Governors.

Abandoned for 22 years, the Palais will soon be filled with activity as an artistic and cultural center unprecedented in its focus on African heritage, the environment, and contemporary art.

Movie Based On Tolkien's Life Is A Poignant Tale Of Fellowship 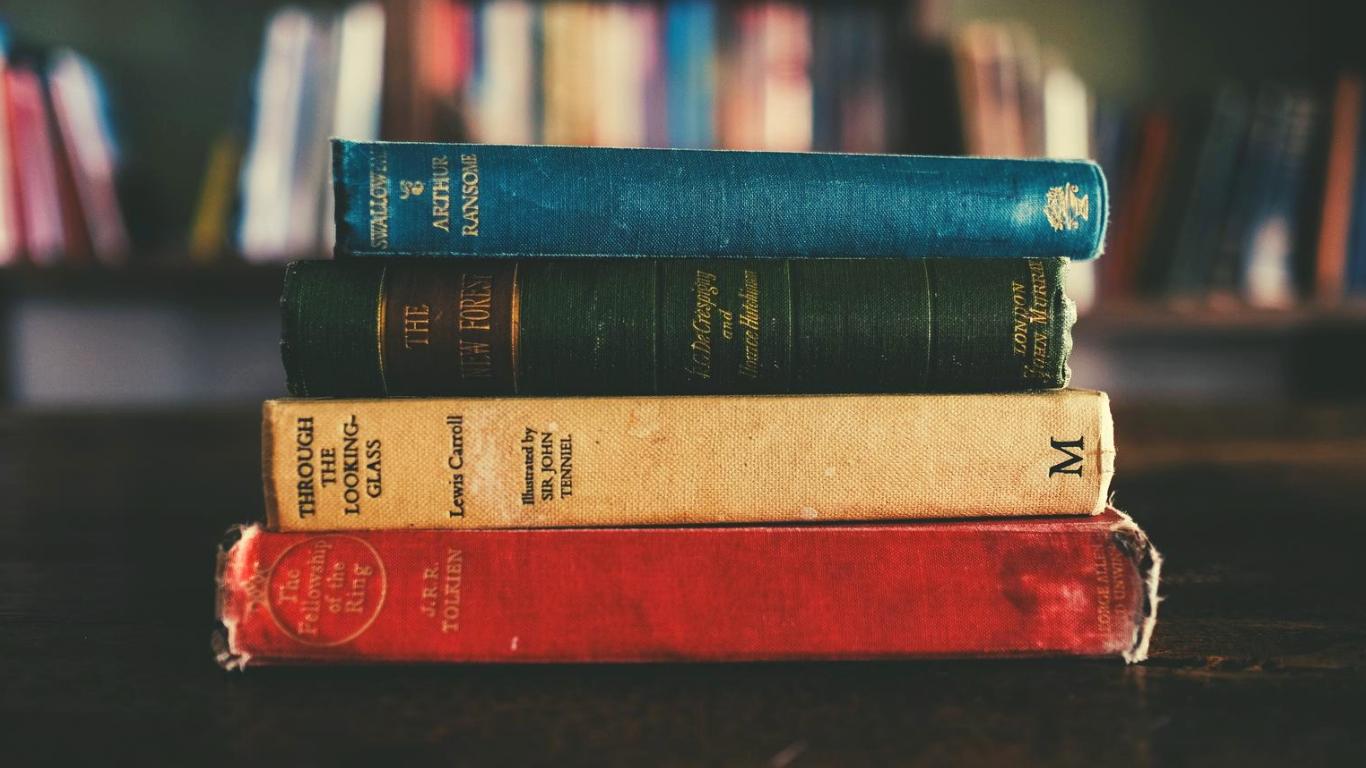 As a movie about the life of JRR Tolkien, 'Tolkien'  is a poignant story about fellowship and a reminder of the virtue and creativity lost to the war.

Tolkien opens in the UK on May 3, and the US on May 10 and stars actor Nicholas Hoult stars as the legendary writer, alongside Lily Collins as Tolkien's wife. 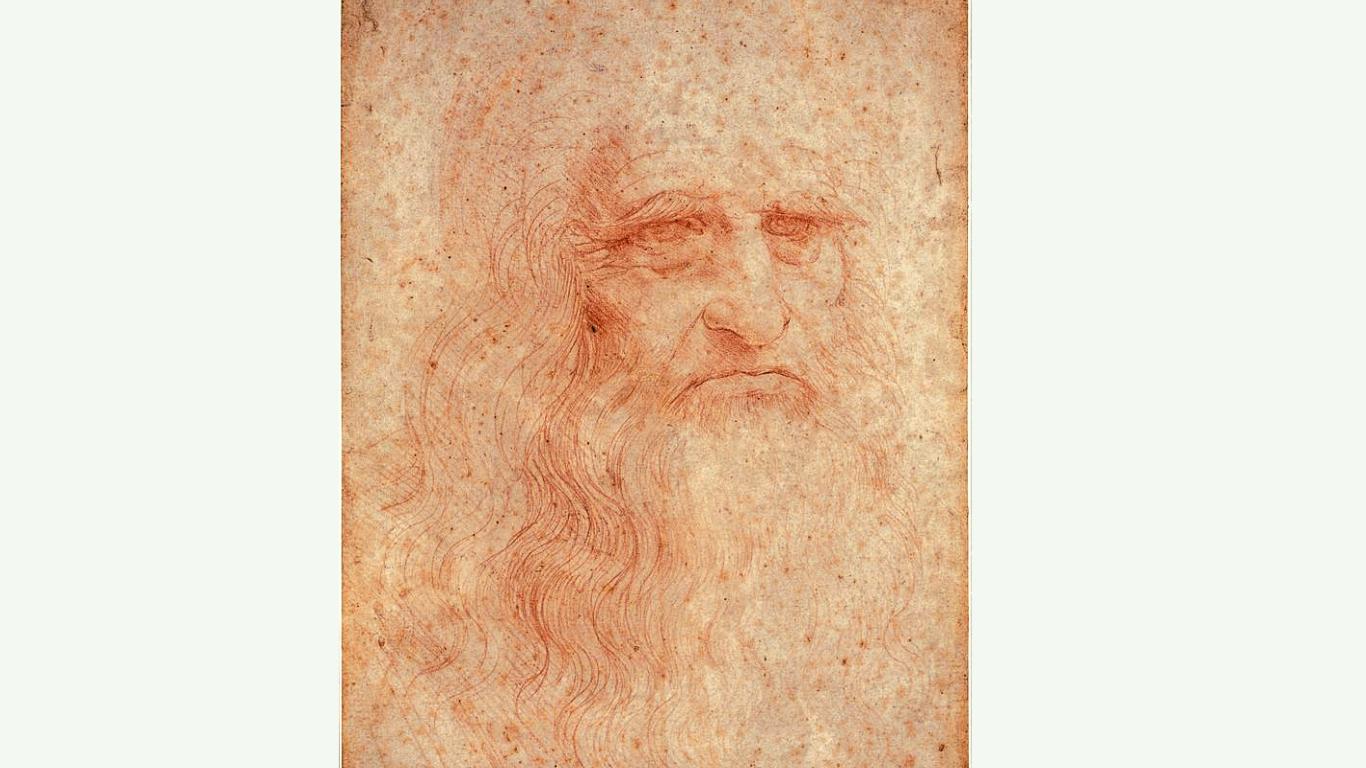 Two Italian specialists are set to carry out a DNA test on a lock of hair that they think might have belonged to Leonardo da Vinci.

The hair strand was discovered in a private collection in the US and will go on show for the first time at the Ideale Leonardo da Vinci museum in Vinci (the Tuscan birthplace of the artist was born), from 2 May, the 500th anniversary of the master’s death. 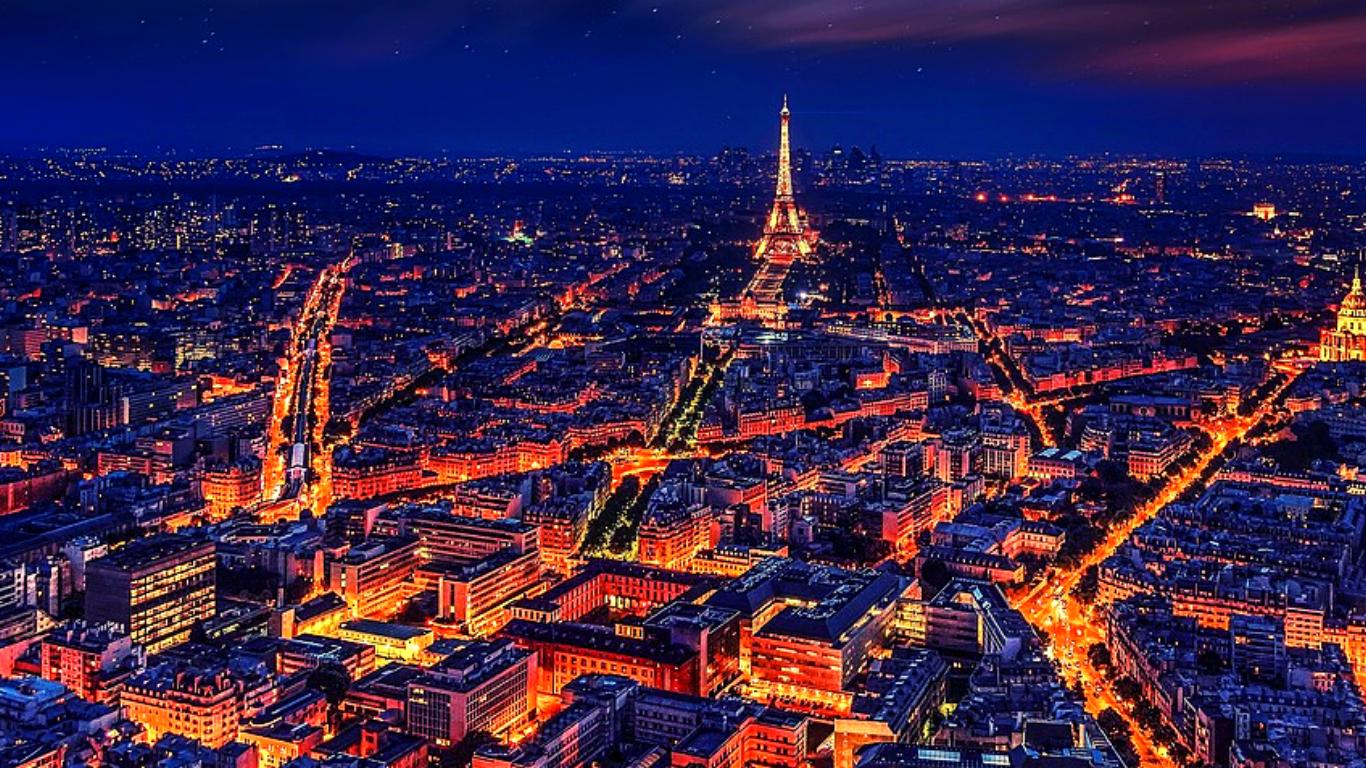 Located between Tuileries Garden and the Arc de Triomphe, six fountains were unveiled by Paris mayor Anne Hidalgo on March 21st, and have split public opinion.

The shiny fountains, which rotate to simulate the traffic at the bustling intersection, mirror oversized pencils extending into the air. Each fountain is composed of a four-story-high, bronze-alloy pole that sustains three descending arms that are studded with pieces of Swarovski cut crystal and LED lights.

Sarojini Nagar Station In Delhi Is Transformed Into An Art Gallery 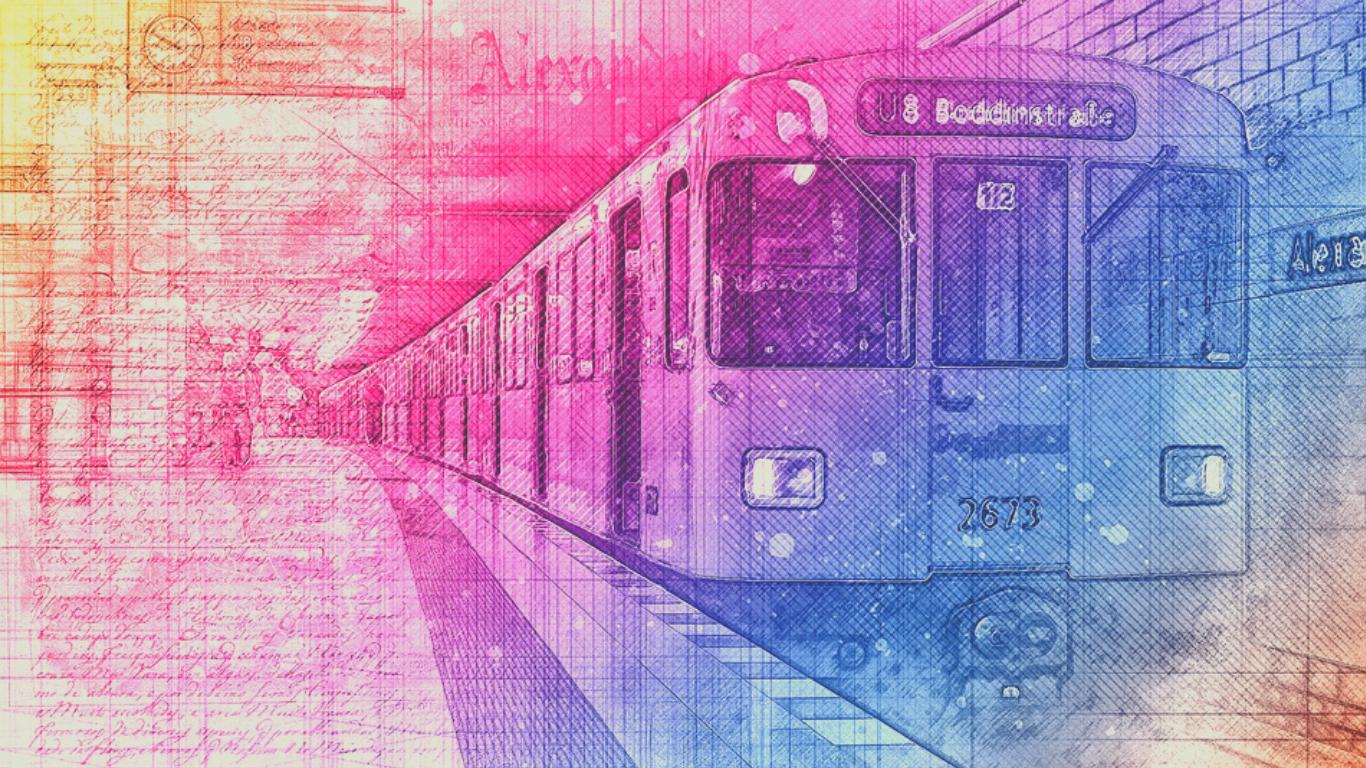 Delhi Metro Rail Corporation (DMRC) is acting to ensure all the metro stations under DMRC are enhanced with unique artworks. Stations are being renovated to guarantee that daily metro commuters have a fresh picturesque surrounding at stations.

Beach Art In UK Honors US Troops In WW2 Tragedy 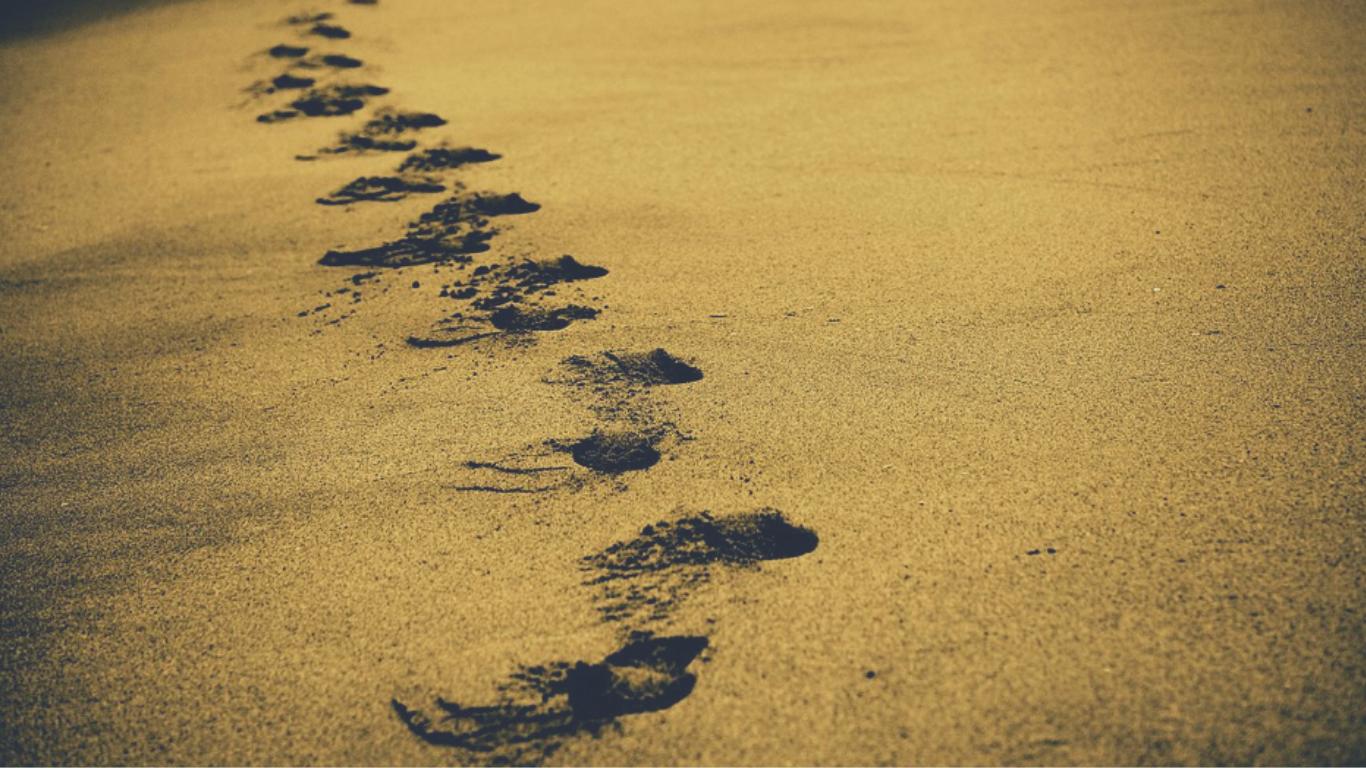 A moving art installation of D-Day shoe prints on the sands of Slapton Sands Beach in southwest England printed on Sunday, marking 75 years since the Exercise Tiger tragedy of World War II, in which 749 US soldiers were lost. 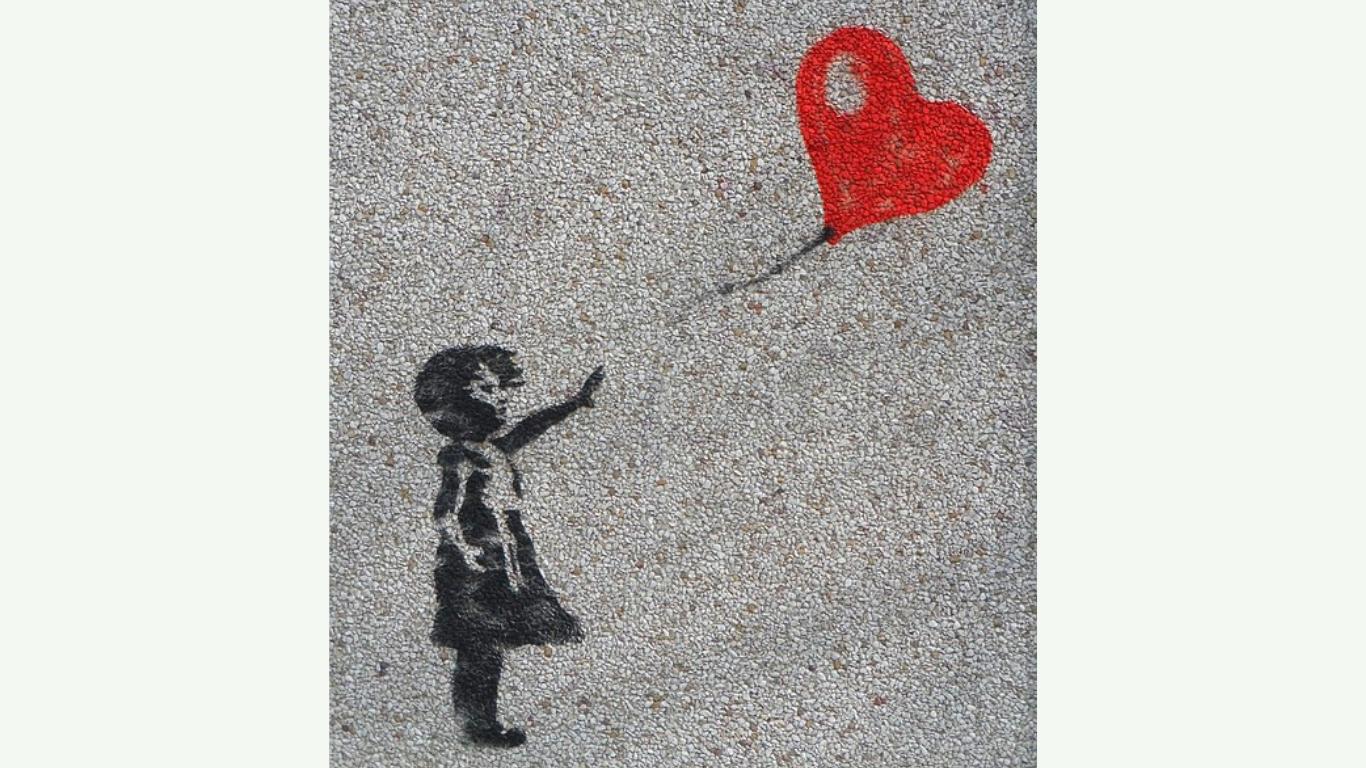 Overnight on Thursday, a mural appeared, on Marble Arch in London on Thursday, portraying a young girl carrying an Extinction Rebellion sign squatting by a newly planted sapling, with the caption “From this moment despair ends and tactics begin”.  It appears that Banksy left a moving memorial to the climate change group’s efforts over the past ten days, as well as inspiring hope for the future. 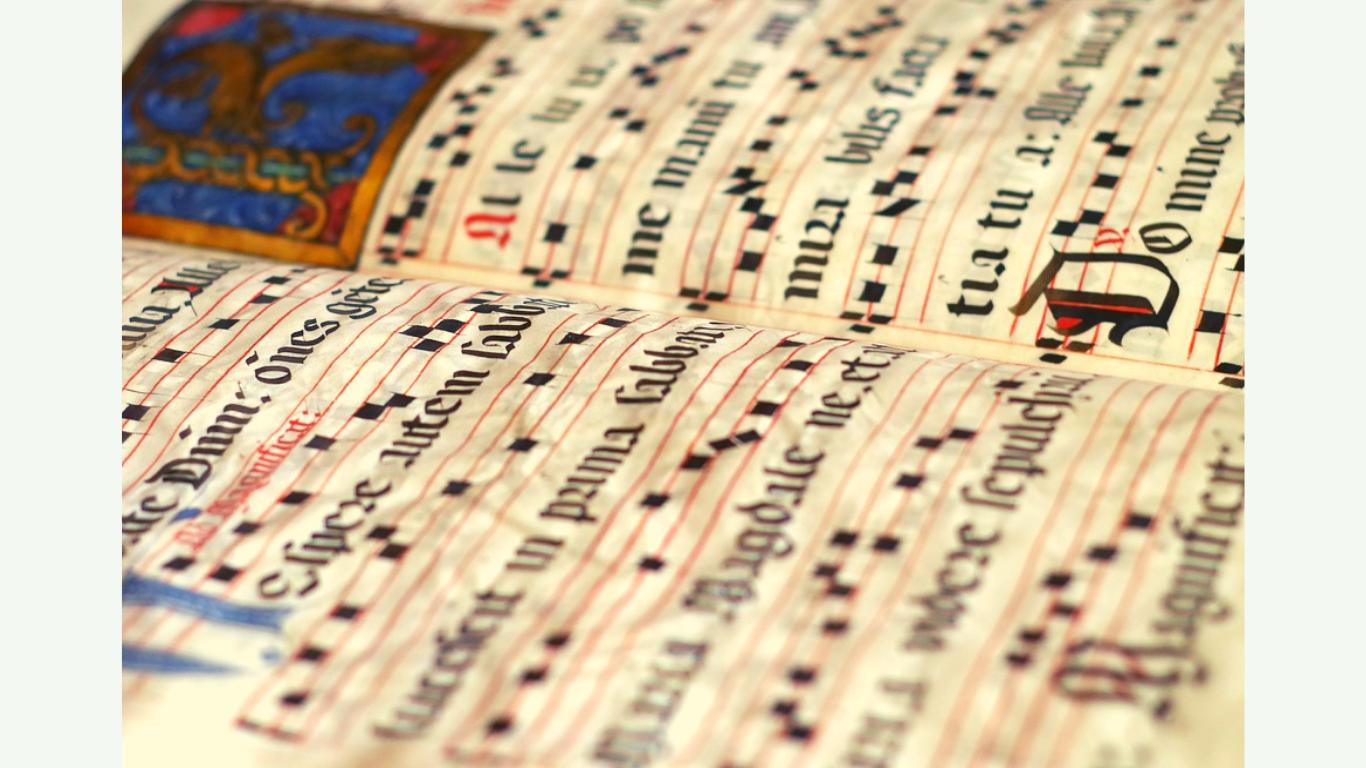 An Italian prosecutor is pushing a claim to an11th-century missal in possession of the Morgan Library & Museum in New York, contests that the article was seized in 1925 from a parish church in the town of Apiro in Italy’s Marche area.

An Exhibit Returns Tolkien’s Concepts Back To Earth 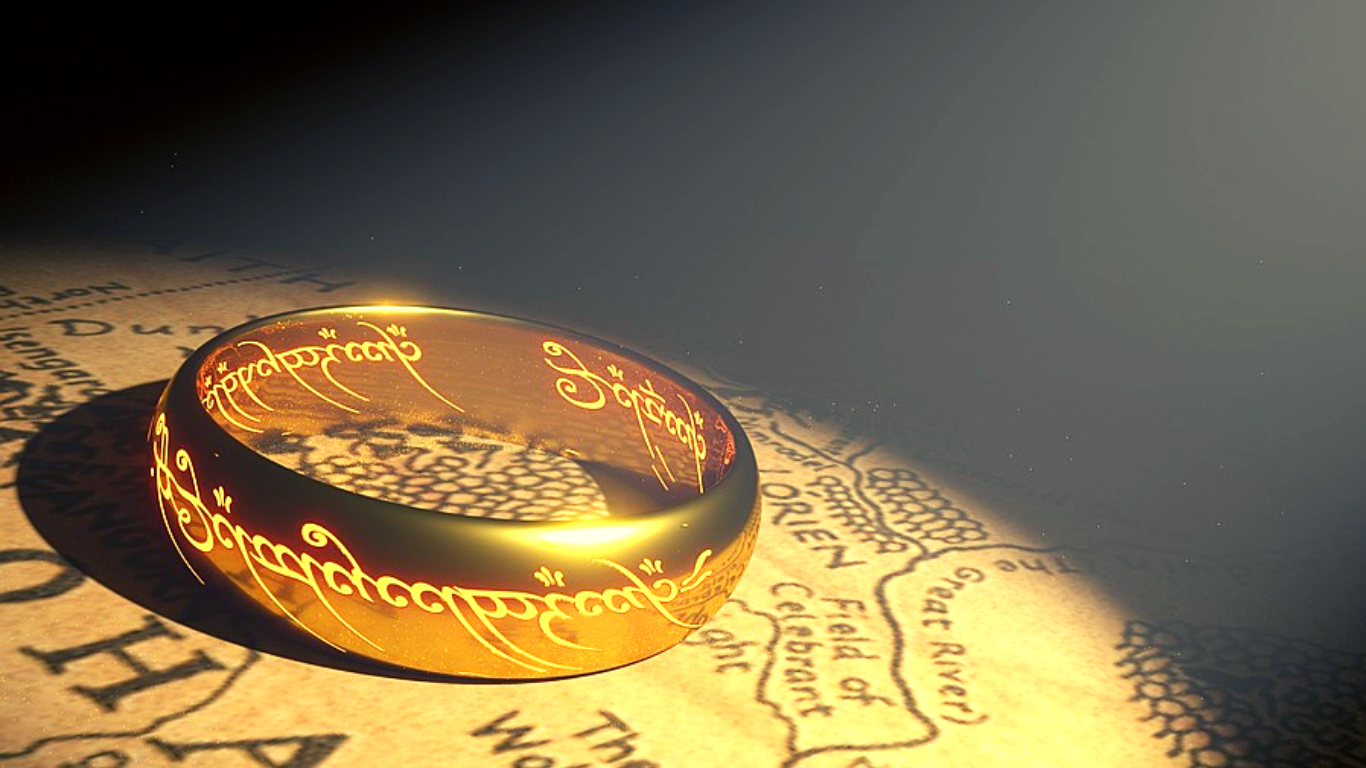 The Morgan Library’s Tolkien: Maker of Middle-earth, originating at Oxford’s Bodleian Library attempts to seize Middle-earth back from the films, toymakers, and game marketers to its origin i.e. J. R. R. Tolkien’s writing-desk. The exhibition is most valuable for those previously familiar with Tolkien’s writings, for it studiously evades acknowledging the countless adaptations made following his death.

How To Paint With A Palette Knife With Acr...

Being an acrylic paint artist, you must have had a tryst with palette knife pain

Showflipper compiles for you the most exciting art news from the art world! Sta

5 Abstract Photography Ideas You Must Learn

Everyone loves photography. Whether is about clicking your own pictures or about

Art News From Around The World

Showflipper compiles for you the most exciting art news from the art world! Sta

Showflipper brings you the most exciting art news from the art world! Stay infor