Showflipper's Art News: Latest News From Around The World

In Conflict Over Payment, Indian Court Sends Out An Injunction Against Sale Of Kochi-Muziris Biennale Equipment 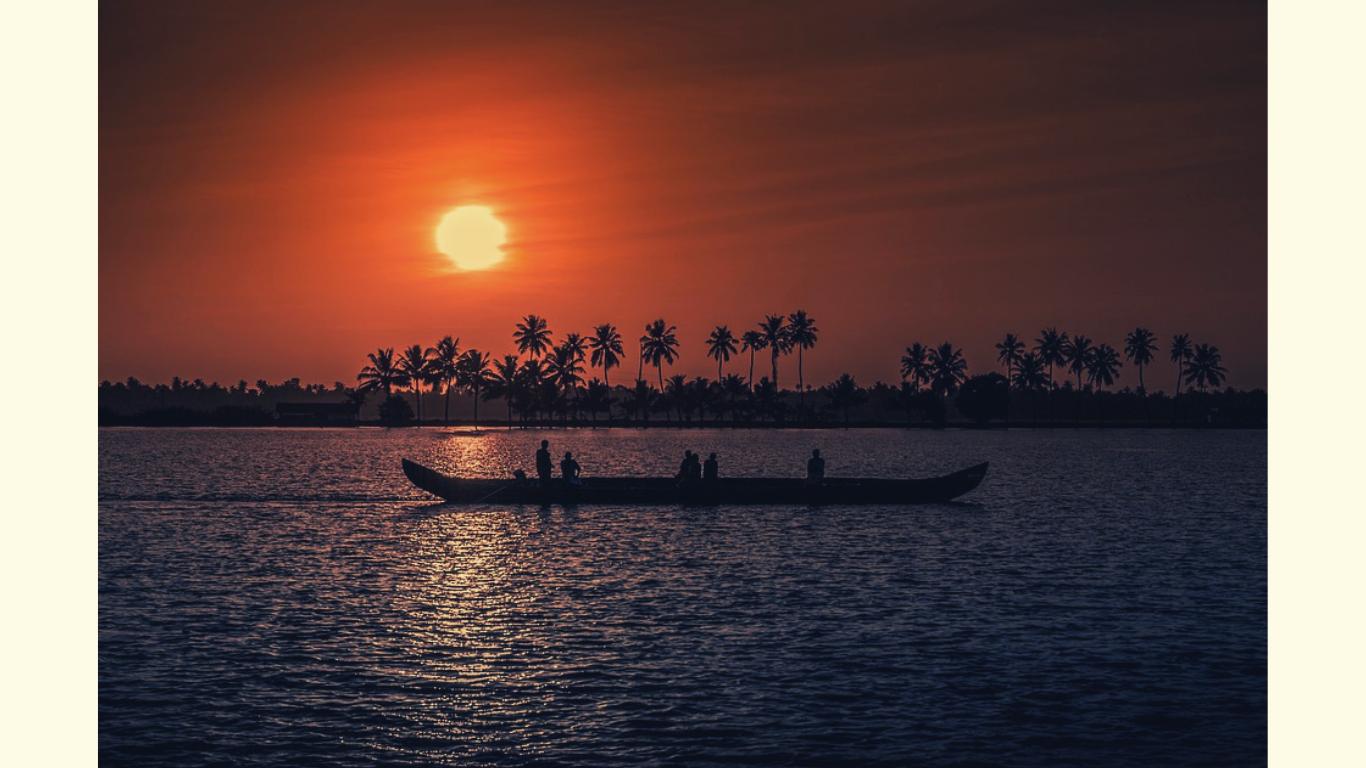 The Kochi-Muziris Biennale in India has become entangled in a dispute over the auction of equipment and supplies from the exhibition’s newest edition, which began in December and concluded in March. On Thursday, the Biennale announced a list of TV monitors, speakers, projectors, and other accessories for selling to prospective buyers. 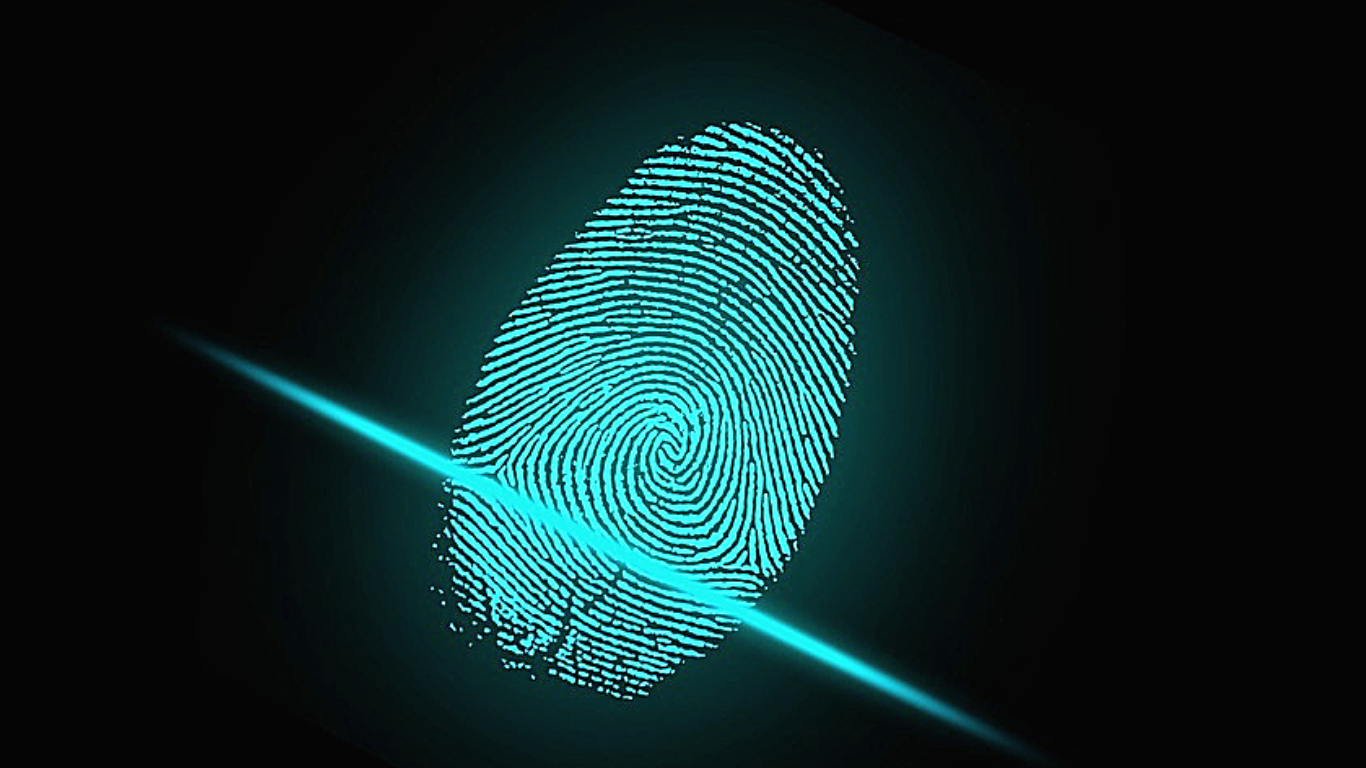 Recognized for fusing technology and design into his art, Mexican-Canadian artist Rafael Lozano-Hemmer is presenting his immersive public art installations collectively for the first time beneath one roof at Washington, D.C.’s Hirshhorn Museum.  Biometric signatures like fingerprints and heartbeats–of each visitor are read as repeated sequences and rendered into immersive sound experiences, even waves in water tanks, and flashing lights. 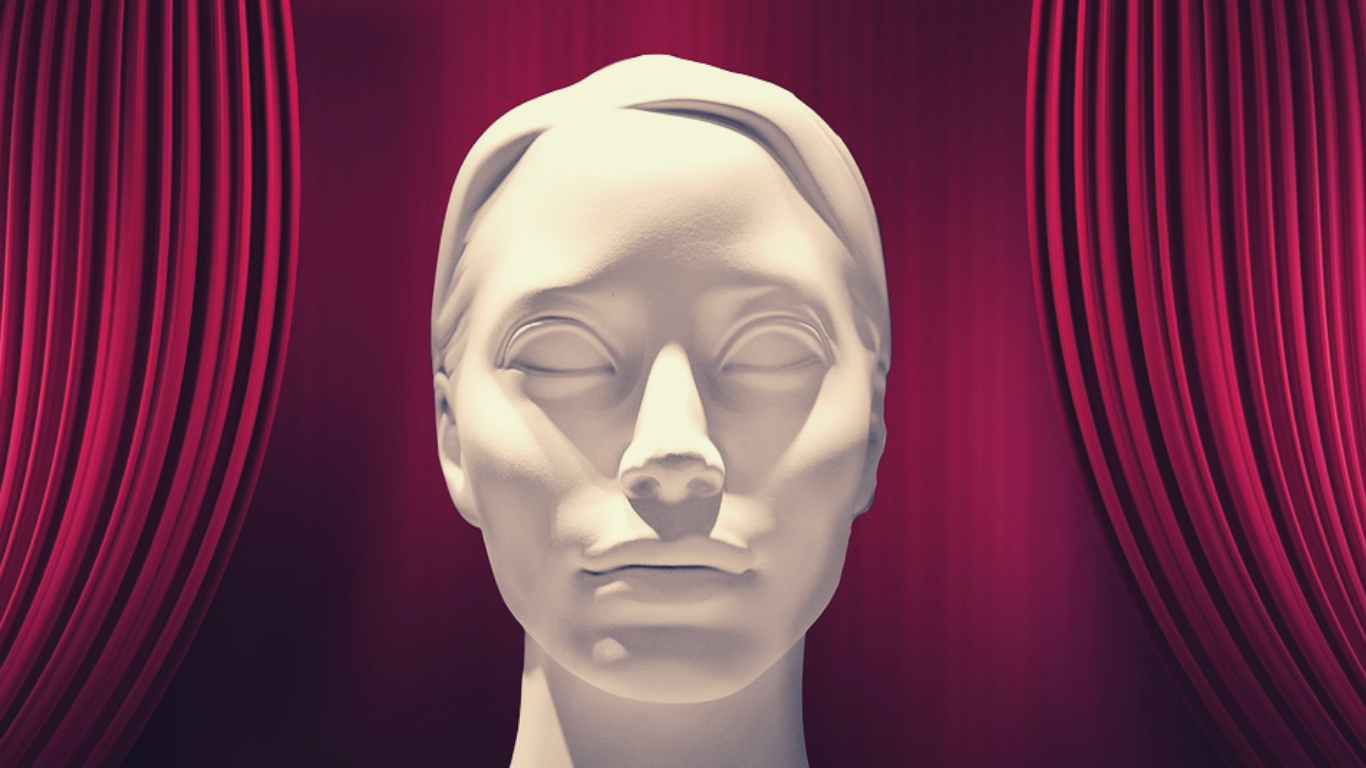 Since the year 2000, thousands of migrants have died attempting to pass into the U.S. from Mexico. The summer heat and rough terrain are mainly to blame.

Yemeni Artists Use Art To Ponder On Their War-Torn Country 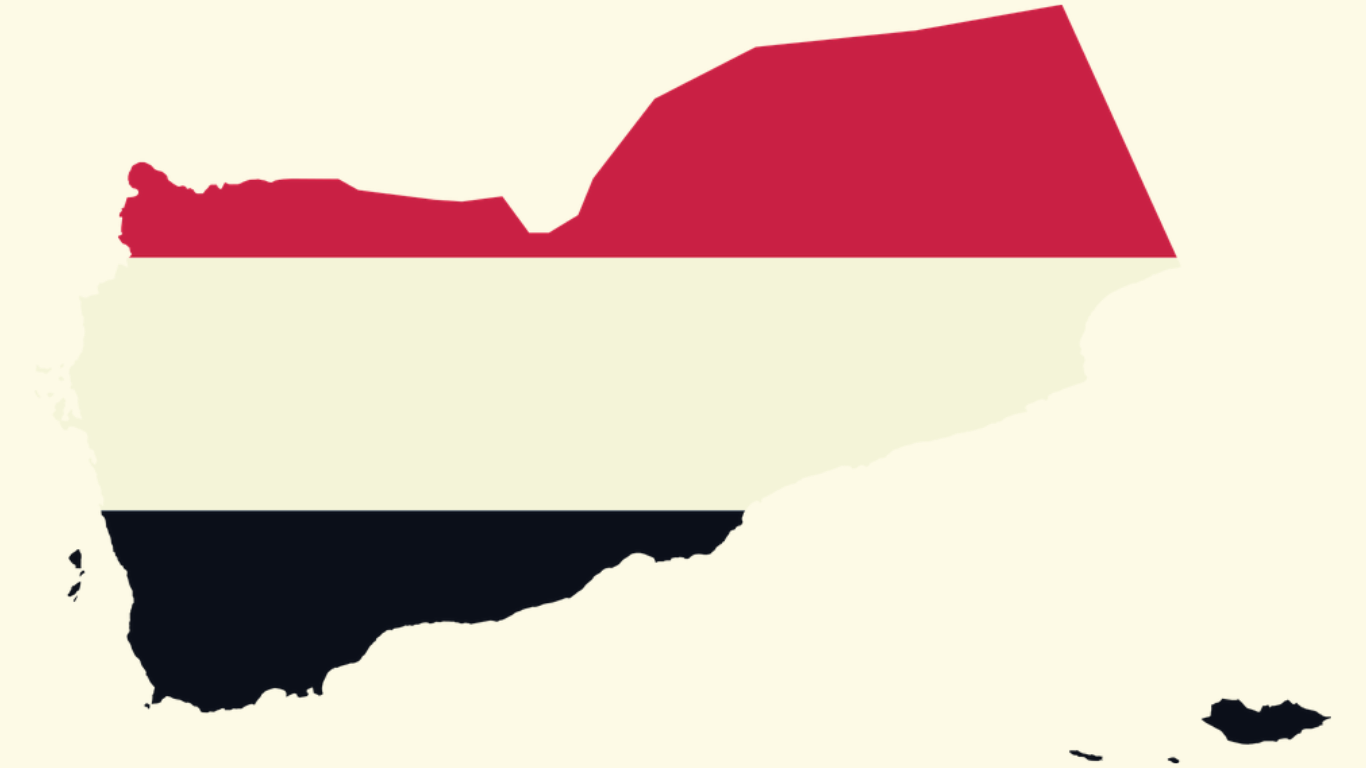 Curated by Lila Nazemian and on show at STATION, a cultural hub in Beirut, the exhibit reflects on how image-making, reporting, and archiving mold our collective perception of war. Though none of the artists mention Lebanon outright, the show draws associations between Lebanon and Yemen by alluding to the reality that both Arab countries have been shaken by civil wars. 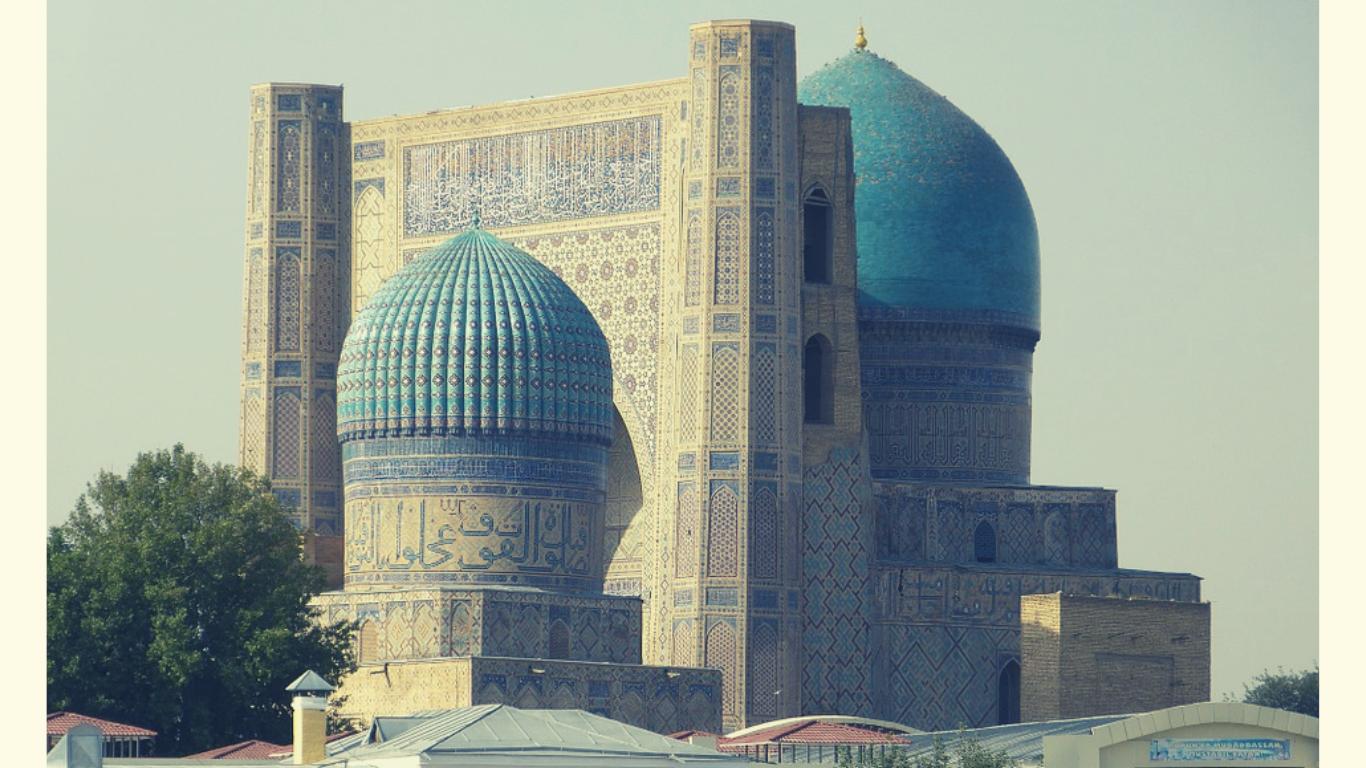 Uzbekistan’s new Centre for Contemporary Art in Tashkent has been inaugurated with a free exhibit by the Uzbek filmmaker and video artist Saodat Ismailova.

The program has been co-organised by Andrea Lissoni, the senior curator of cinema at London’s Tate Modern, and Gayane Umerova, the executive administrator of the Uzbek culture ministry’s Art and Culture Development Foundation. 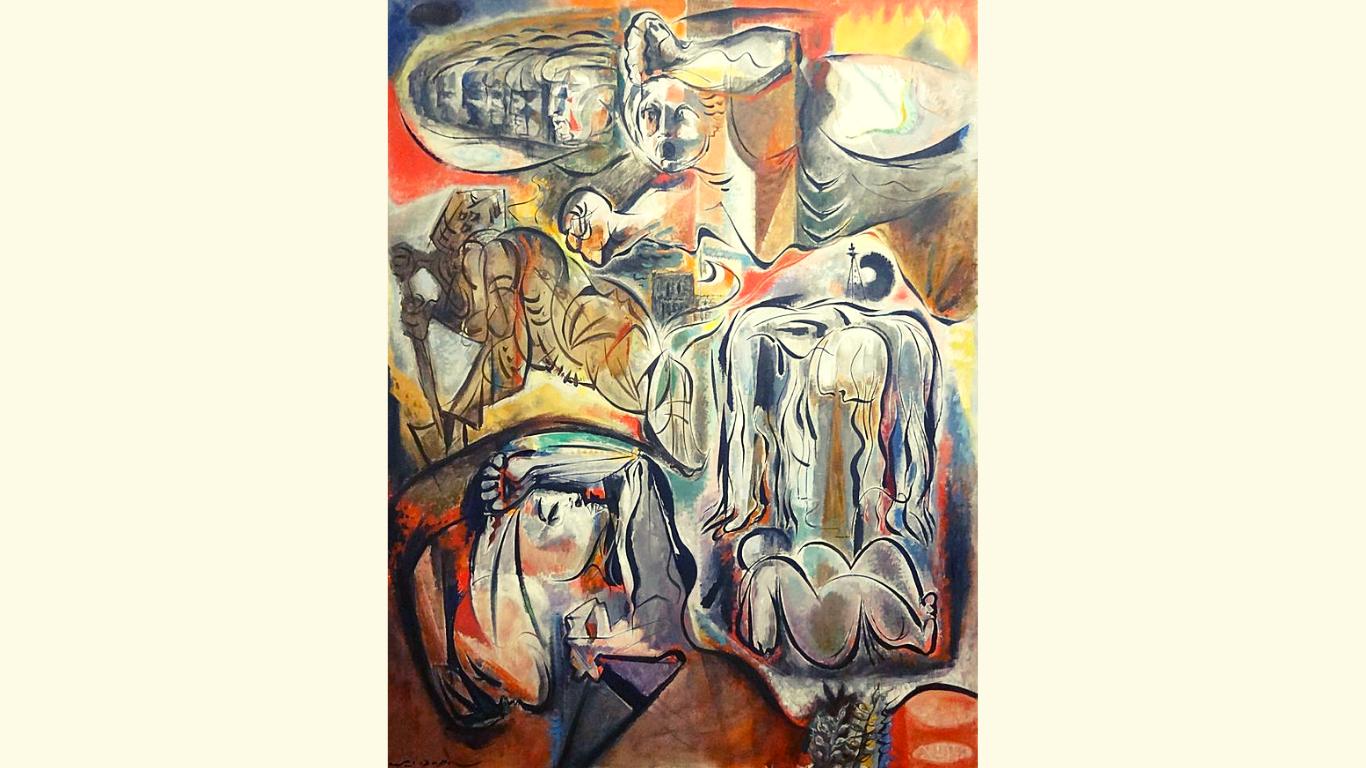 How can the darkest characters of humankind − war, death, fascism − be depicted on canvas or in clay or on film? This trial was selected by a group of artists who became garnered fame in the 20th century; their hard work is on show at the Baltimore Museum of Art’s Monsters & Myths: Surrealism and War in the 1930s and 1940s display through May 26. 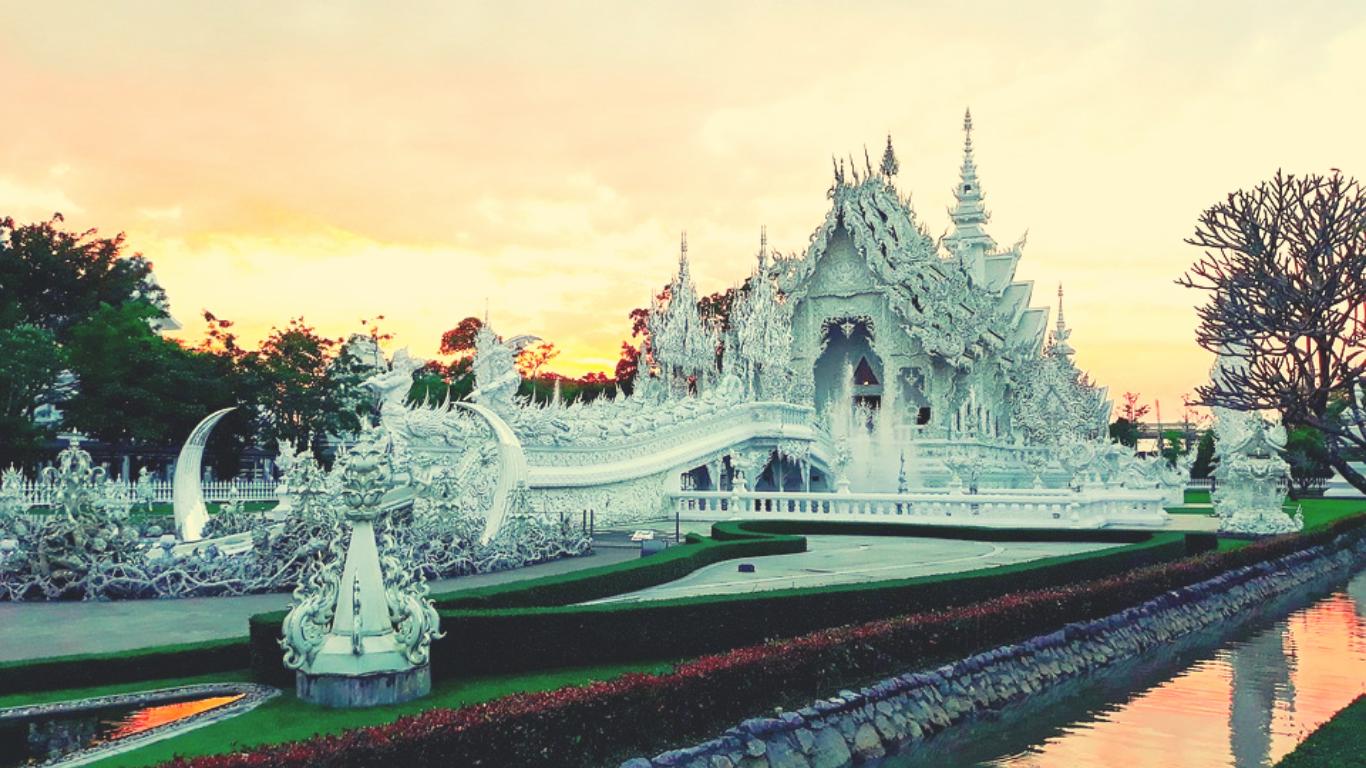 Buddhism is a cultural undercurrent across Thailand. But as the country becomes more metropolitan, fewer people choose to pursue a monastic lifestyle; as a result, some communities abandon their temples. Which is why some Thai artists have discovered a way to repurpose these once-religious edifices into life-long art projects that are divine in their own right. 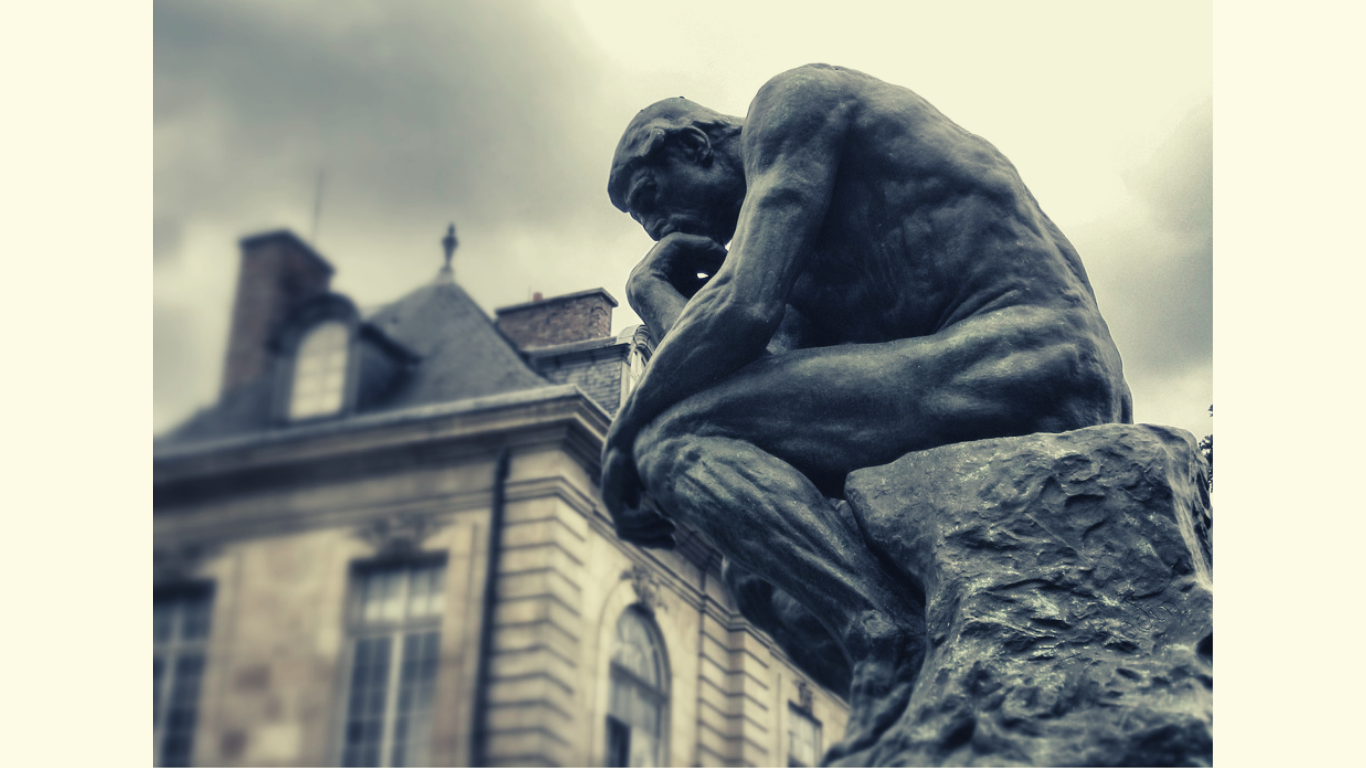 US dealer Gary Snell and Paris-based Robert Crouzet found guilty in a French court of making and selling copies of works by the French sculptor. The case is considered extraordinary because of the sheer quantity of works that Snell had cast, which the court considered to be approximately 1,700.

Guggenheim Abu Dhabi Expected To Be Inaugurated Around 2022 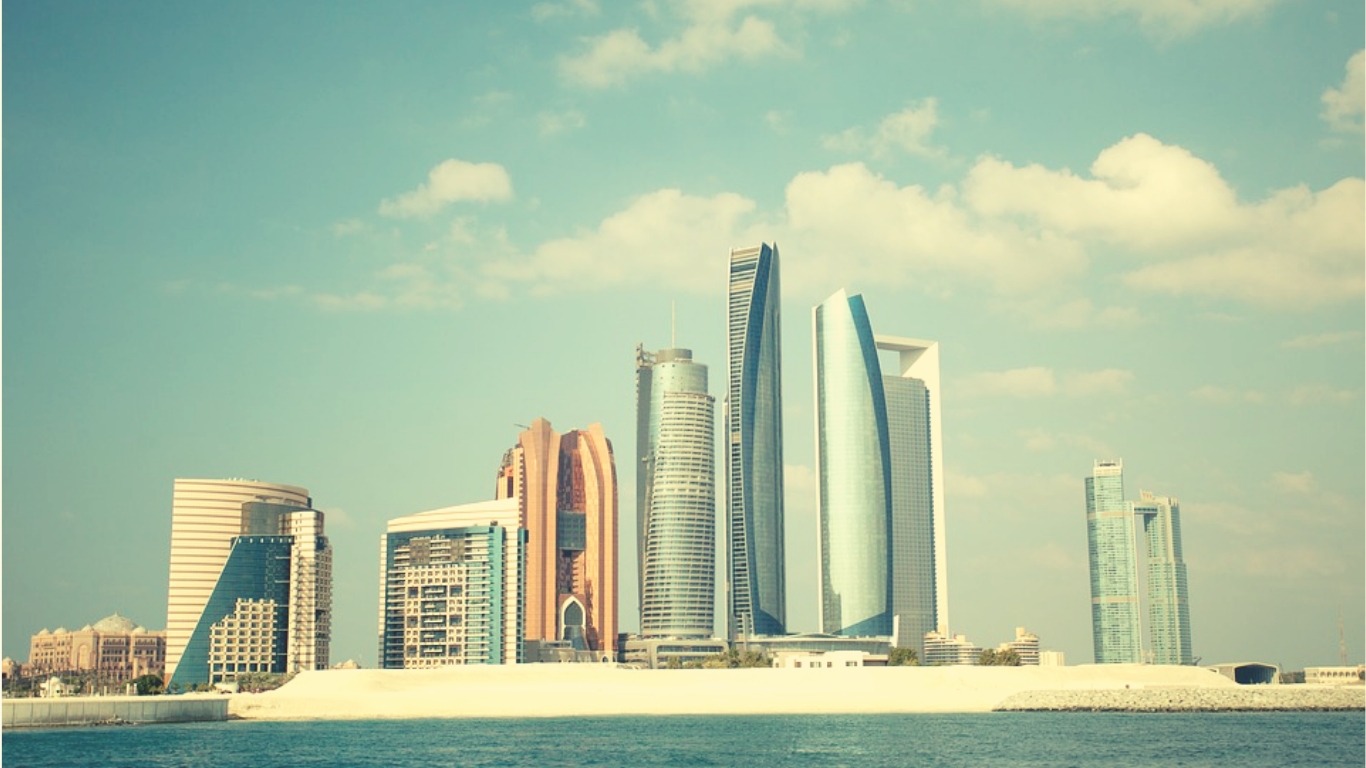 The Guggenheim Abu Dhabi, an extension of the Solomon R. Guggenheim Foundation first advertised in 2006, is expected to open by 2022, Richard Armstrong, the director of the foundation and the Guggenheim Museum in New York, stated Euronews in an interview.

Stolen Artwork By Signac, Valued At Over $1 Million, Is Seized By Officials In Ukraine 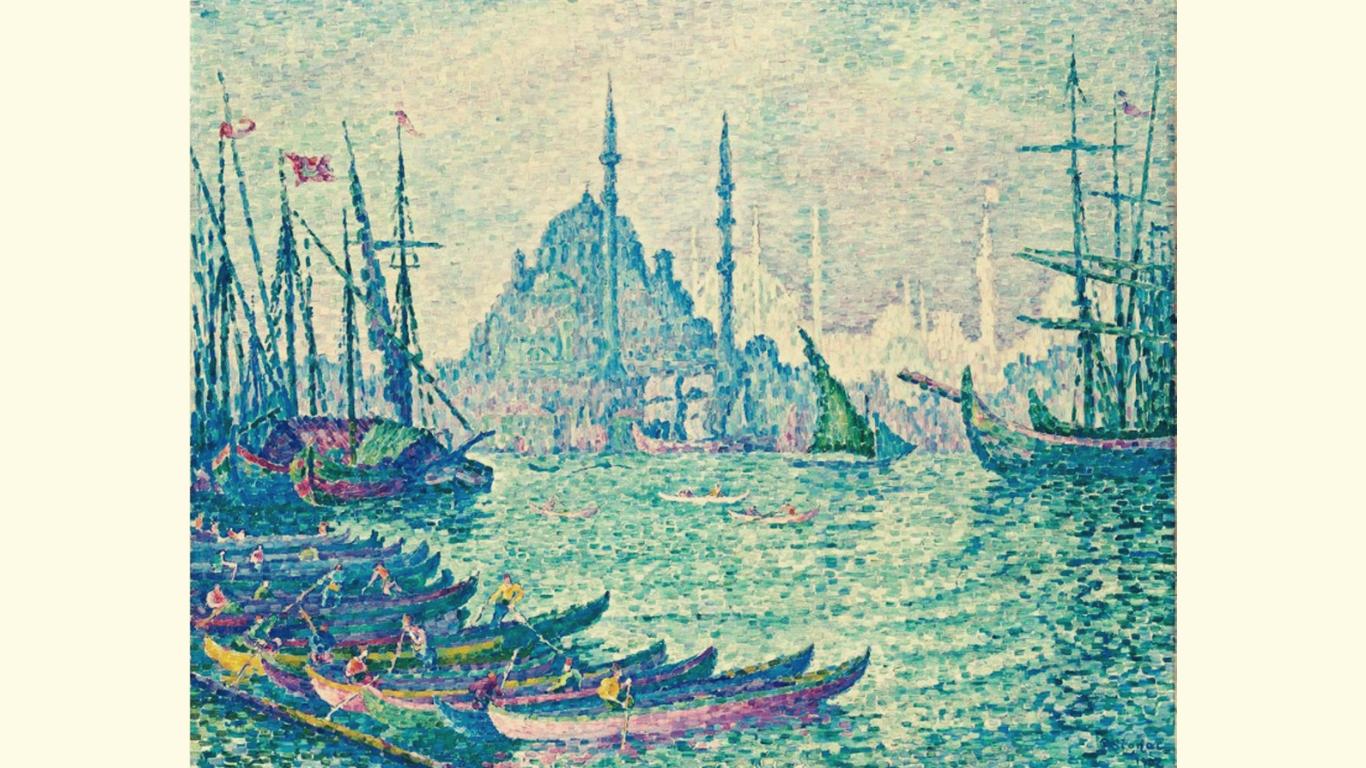 Ukrainian police have retrieved an oil painting by the French Pointillist artist Paul Signac that was robbed from a French museum last year. The 1915 composition, which is evaluated at €1.5 million ($1.68 million), was ripped from its frame during a robbery at the Museum of Fine Arts in France a year ago. 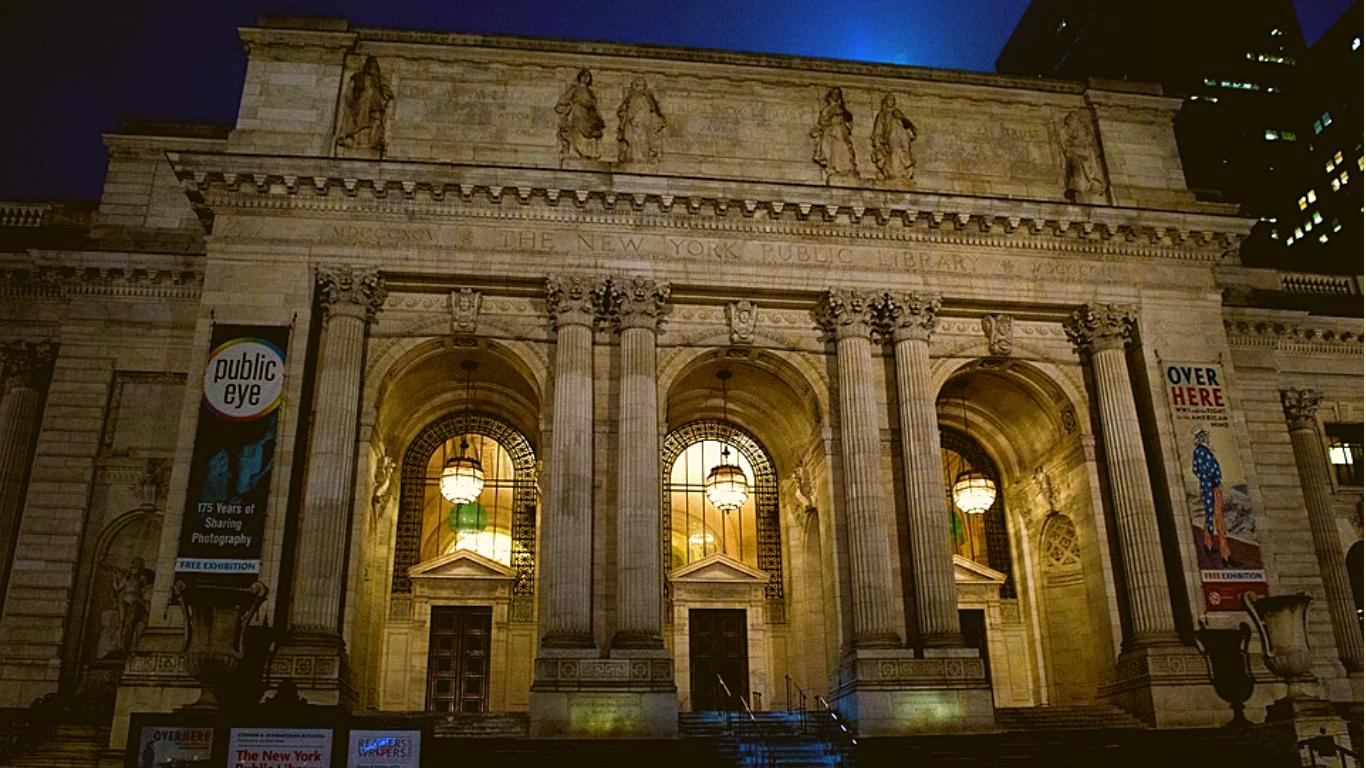 On April 18, Marc Quinn formally presented his forthcoming installation at the New York Public Library, which will be on view on the Beaux-Arts building’s steps in 2021—the first great public artwork displayed on the plaza. Named 'Our Blood,' the artwork is intended to draw awareness to and raise funds for the global refugee crisis. 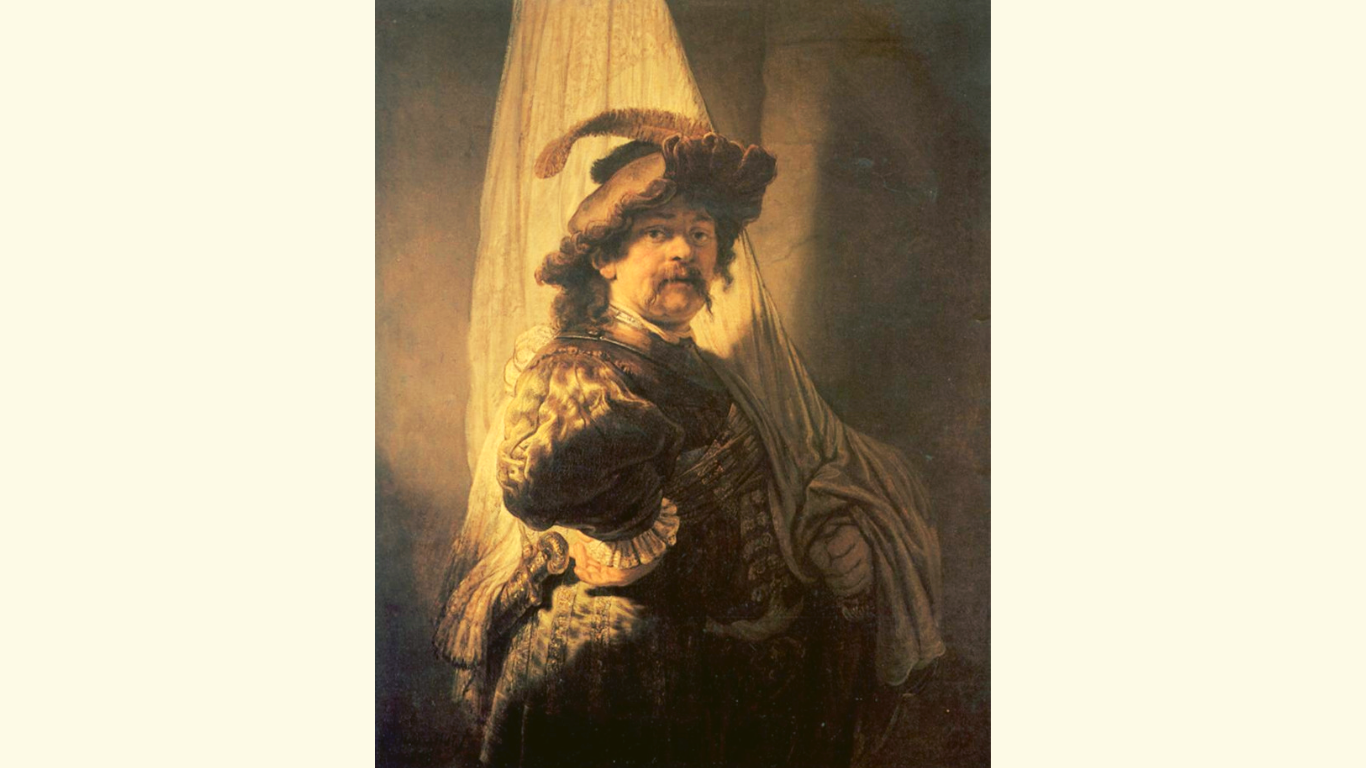 The Louvre is intending to acquire Rembrandt van Rijn's The Standard Bearer (1636) after France's culture minister Franck Riester stated that is has been categorized as a "national treasure". The Louvre now has 30 months to find the required funds—an undisclosed amount—to stop the painting from leaving the country. 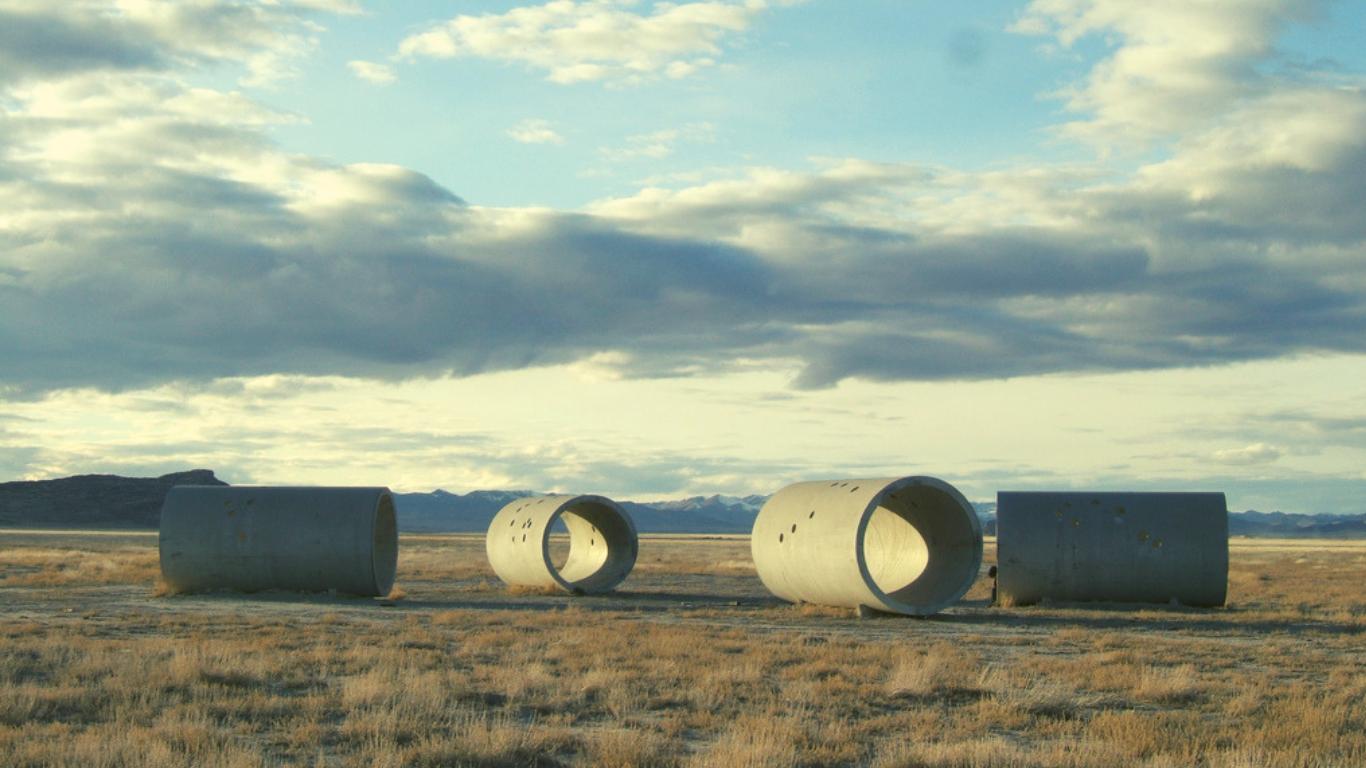 The first significant conservation scheme for Nancy Holt’s Sun Tunnels (1973-76)—four concrete sculptures in Utah’s Great Basin Desert—will begin in May with the job initiated by the New York-based Dia Art Foundation. The 10-day project will discuss cracking and erosion induced by exposure to extreme weather conditions in the American West. 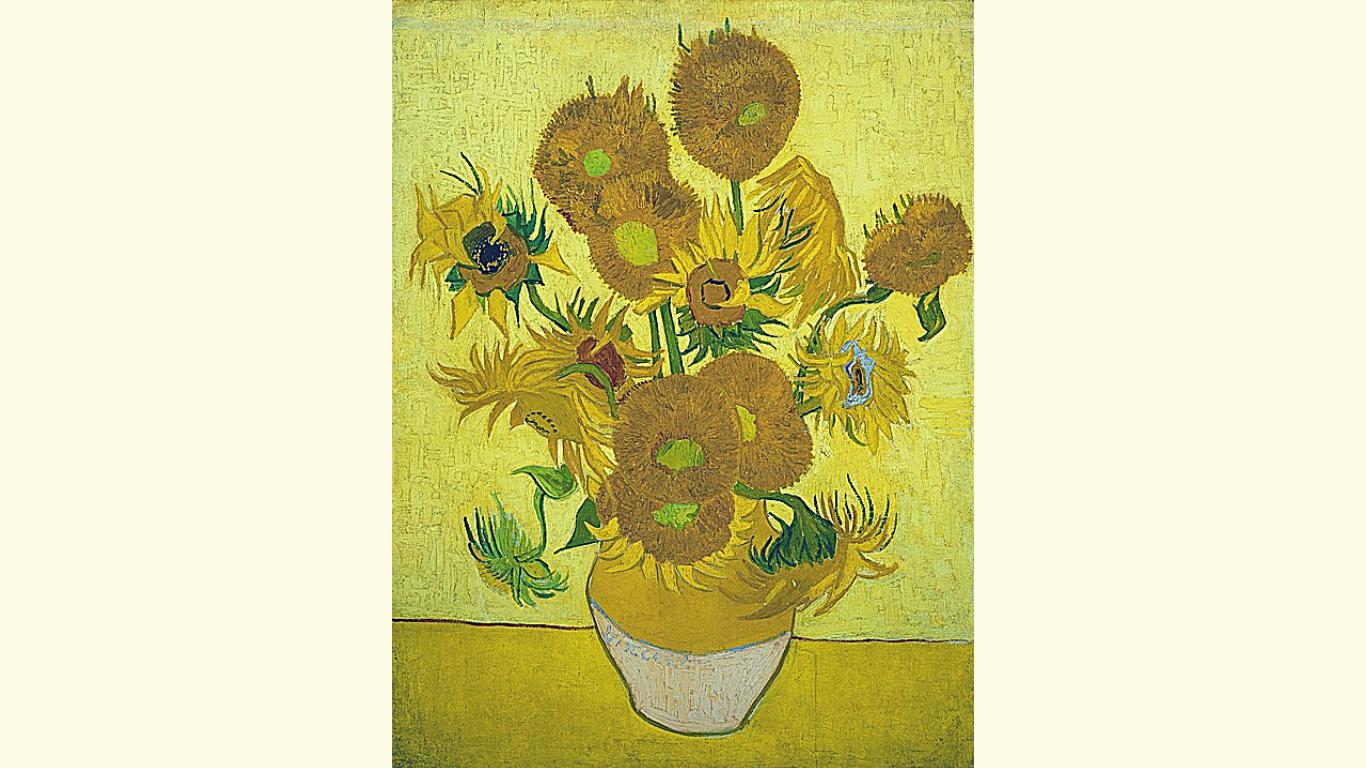 A selection of artist Vincent Van Gogh's Sunflowers paintings will be the highlight of an important new exhibit at the Van Gogh Museum in Amsterdam. Aptly titled “Van Gogh and the Sunflowers,” the show will traverse van Gogh’s painting techniques, color studies, and the flower’s significance to the artist, along with the conservation processes and the pivotal research throughout the last couple of decades. 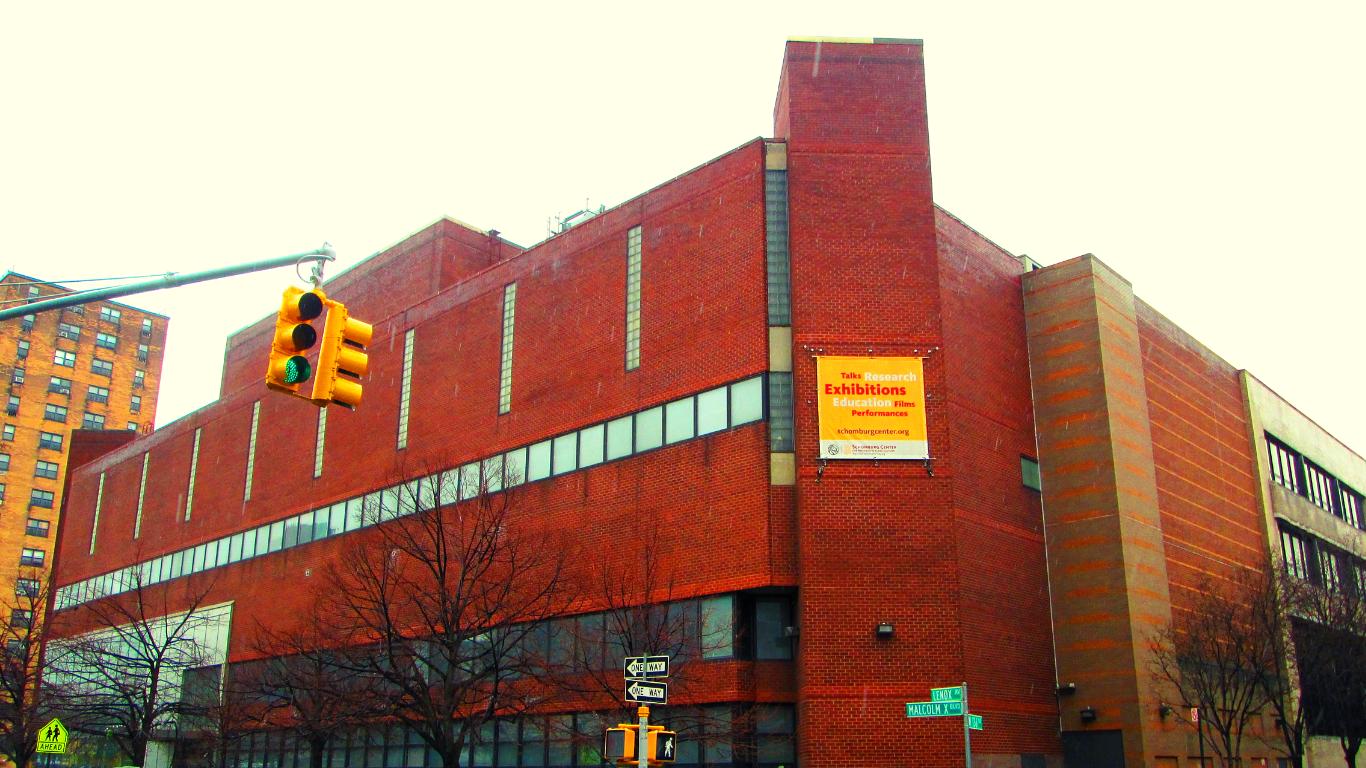 As a portion of a $22.3 million remodeling, the Art & Artifacts department of the Schomburg Center for Research in Black Culture in Harlem has resumed and relocated its collection back home in spring 2019 over two years in an offsite storehouse.

April 23 Is World Book Day: Why Is It Celebrated? 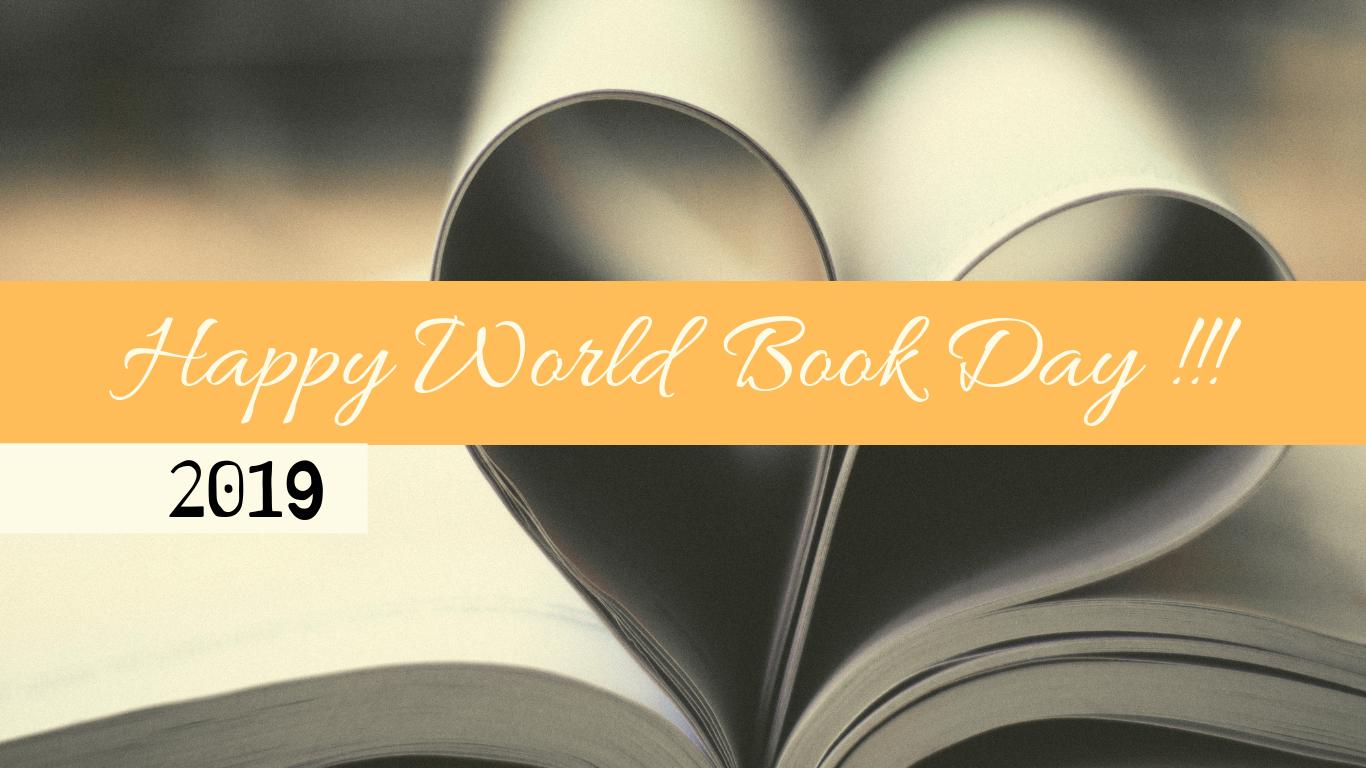 On April 23, everyone across the globe marks a significant day; World Book Day. Also known as International Day of the Book or World Book and Copyright Day, this annual event is planned by the UNESCO. There are several reasons to celebrate this day; one of them is to encourage reading, publishing, and copyright. It is an international celebration of books and readings are observed in over 100 countries. 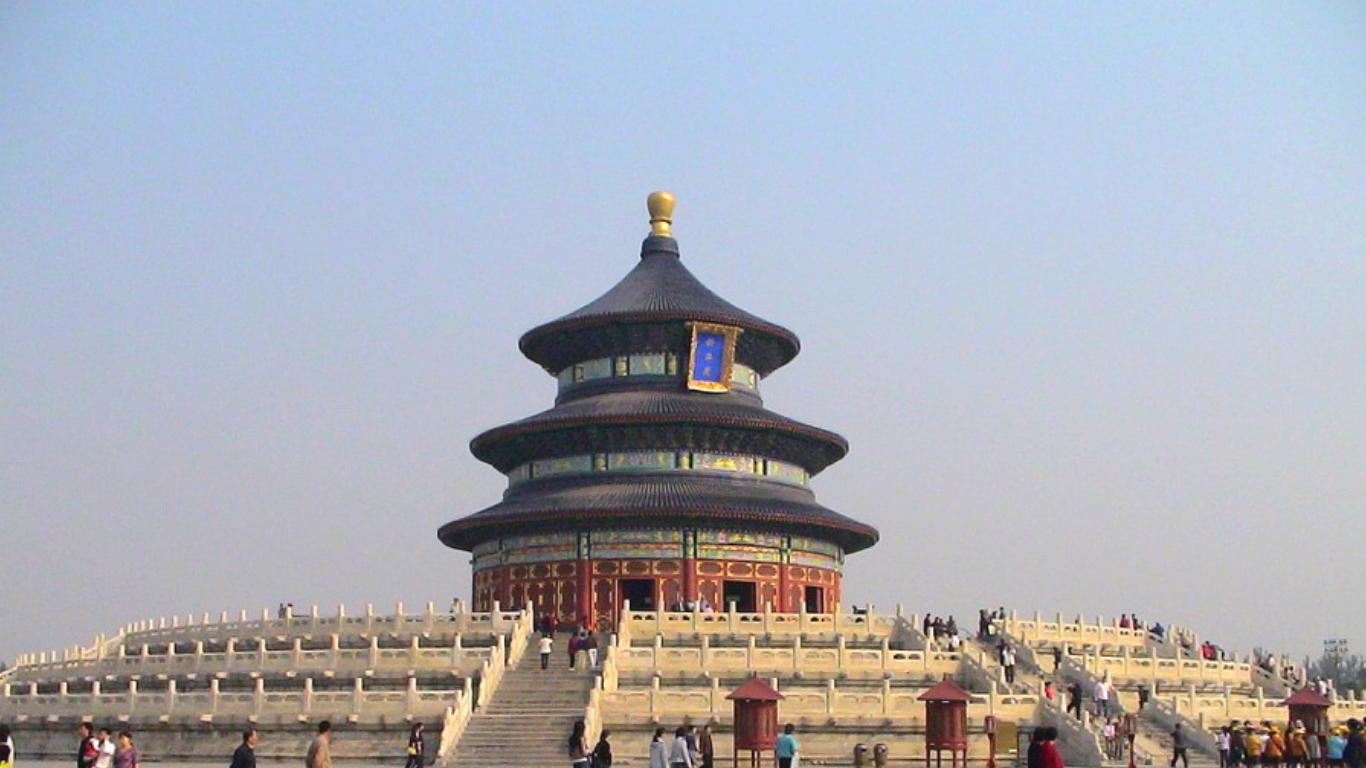 The celebrated French jewelry label Cartier has stated this week that it will work with China’s most prominent cultural establishment the Palace Museum to co-host a unique art show at Meridian Gate from June 1 to July 31. 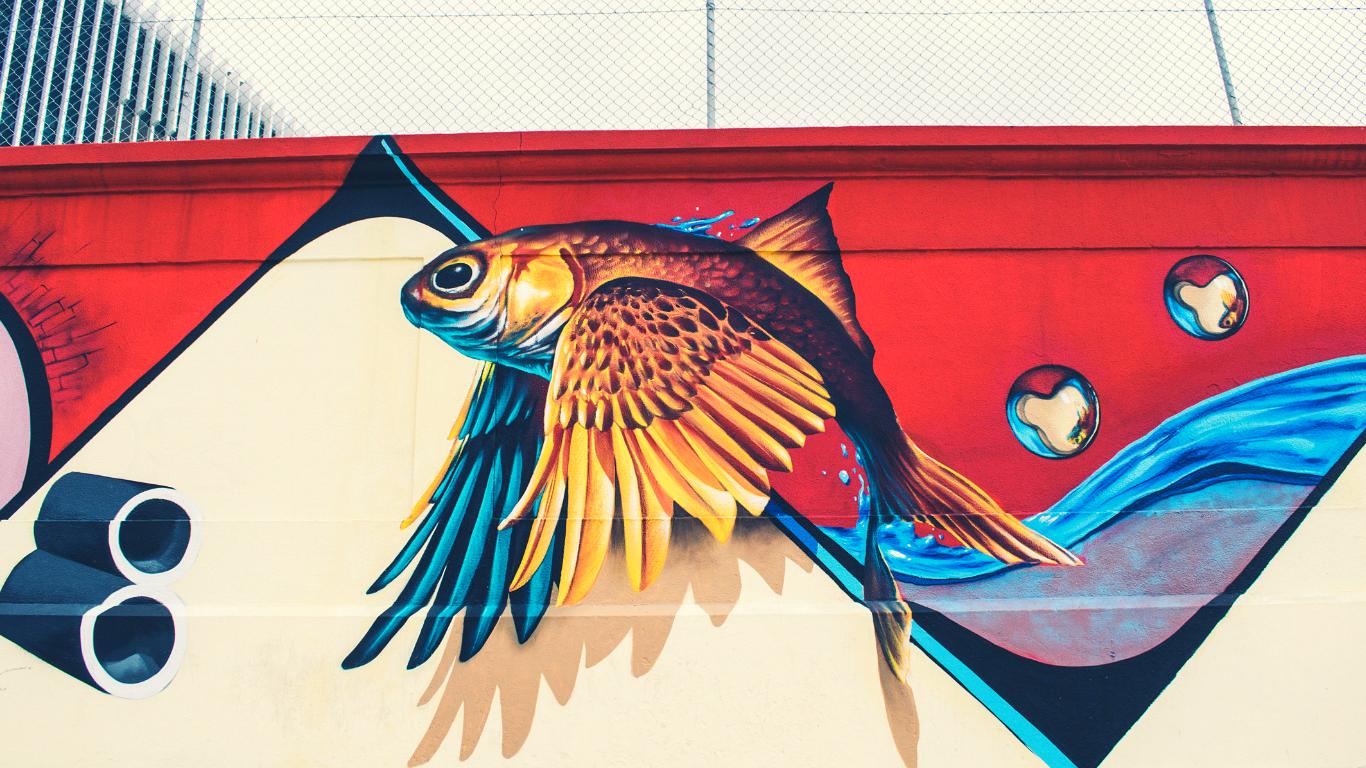 Last week, Chicago's Department of Cultural Affairs and Special Events started an authorized Mural Registry, a new plan that preserves street art on private and public property and collects them in a public database.

Artists are urged to apply to get their work included in the database and those petitions are examined and approved by a three-person panel within the Department of Cultural Affairs. 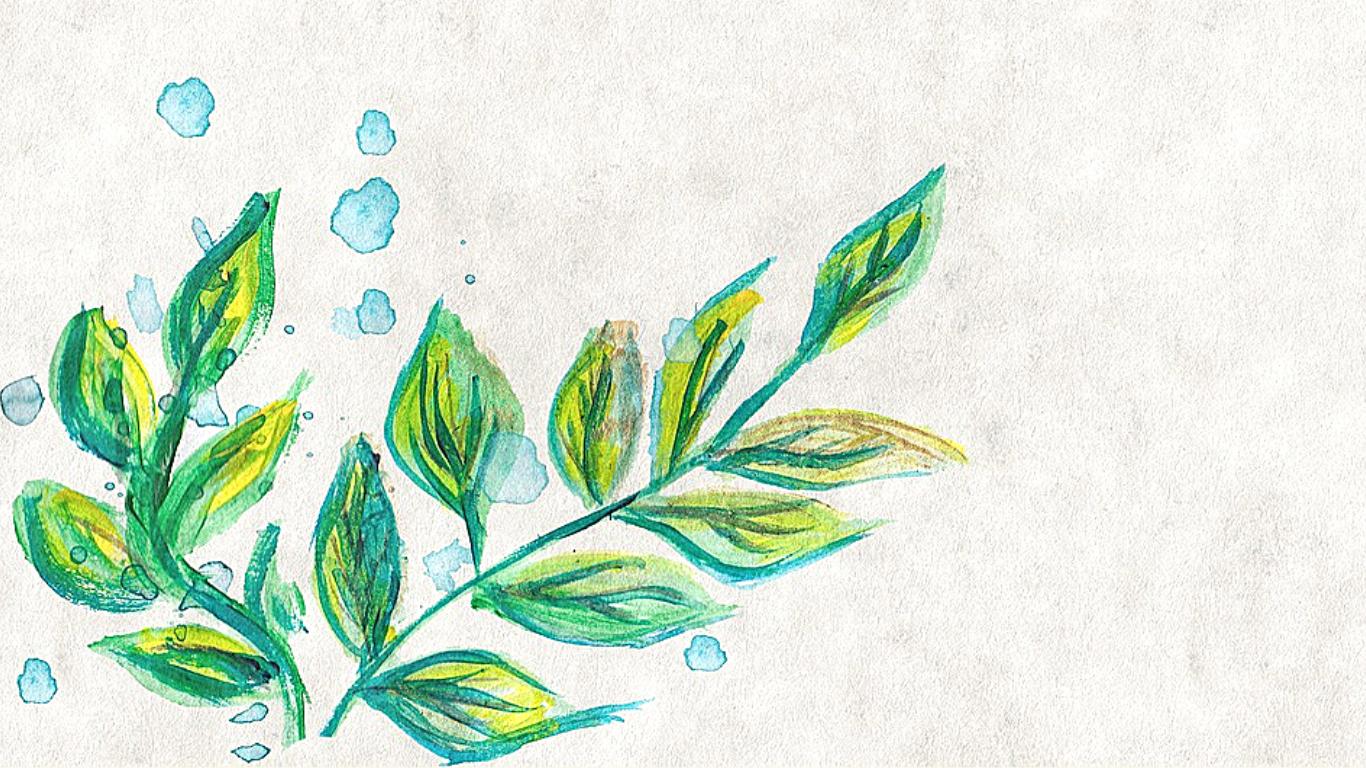 A museum built with mud and straw has been inaugurated in Addis Ababa, the capital city of Ethiopia. When the Zoma Museum’s co-founders; architect Elias Sime and curator Meskerem Assegued chose to construct a museum in their hometown 20 years ago, they acknowledged they didn’t wish it to be just a regular brick-and-mortar edifice with intricate design.

On April 23, William Shakespeare Was Born And Died 52 Years Later 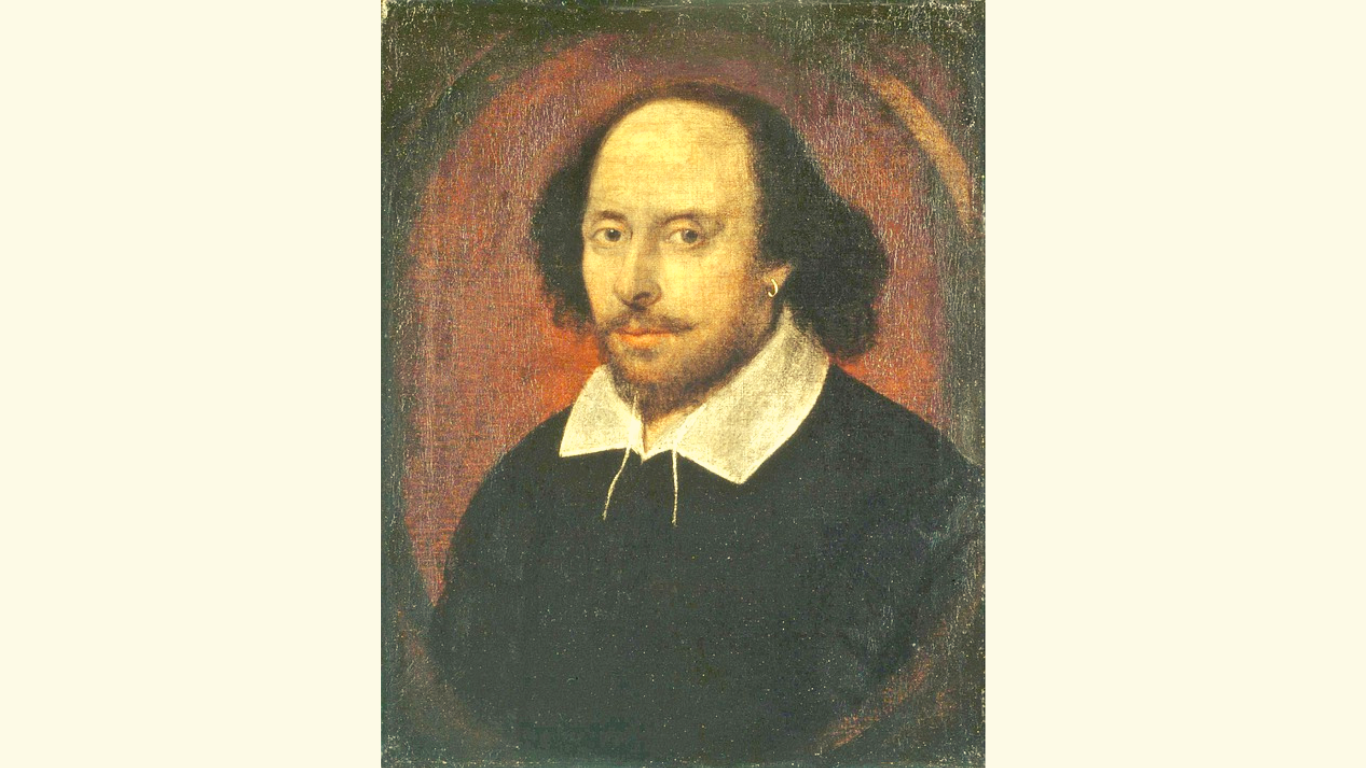 On this day, April 23, in 1564, according to legend, the great English playwright and poet, William Shakespeare, was born in Stratford-on-Avon. It is difficult to be confident of the exact date on which he was born, but church accounts show that he was baptized on 26 April, and three days was the conventional time to wait before baptizing a newborn. Shakespeare’s date of death is definitively known, though.

A Web Art Exhibit Makes Visitors Face The Past 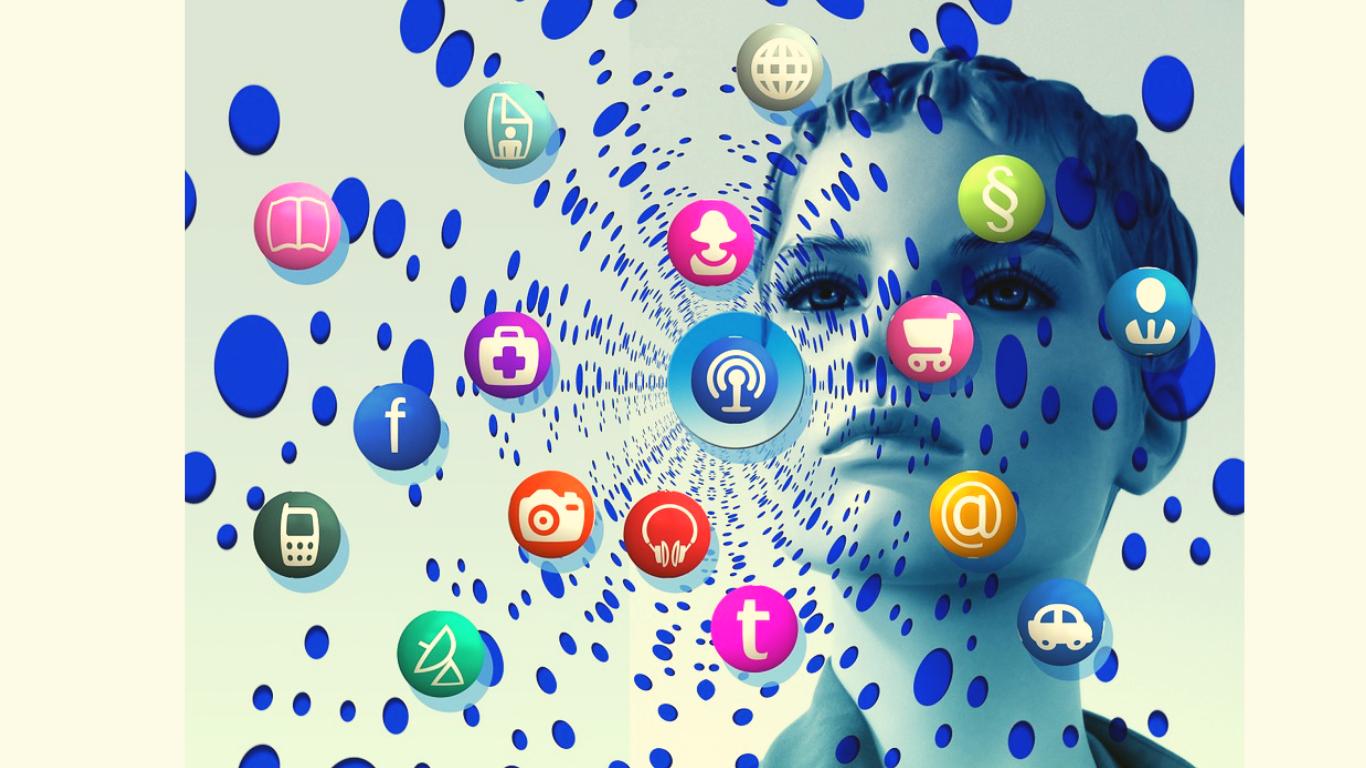 Stored emails, Geocities pages, an emulation of Windows 98. These are all components of the deleted web — the web that can’t be readily reached anymore. And they’re all part of a museum exhibit called “The Art Happens Here: Net Art Anthology,” now showing at the New Museum in New York. 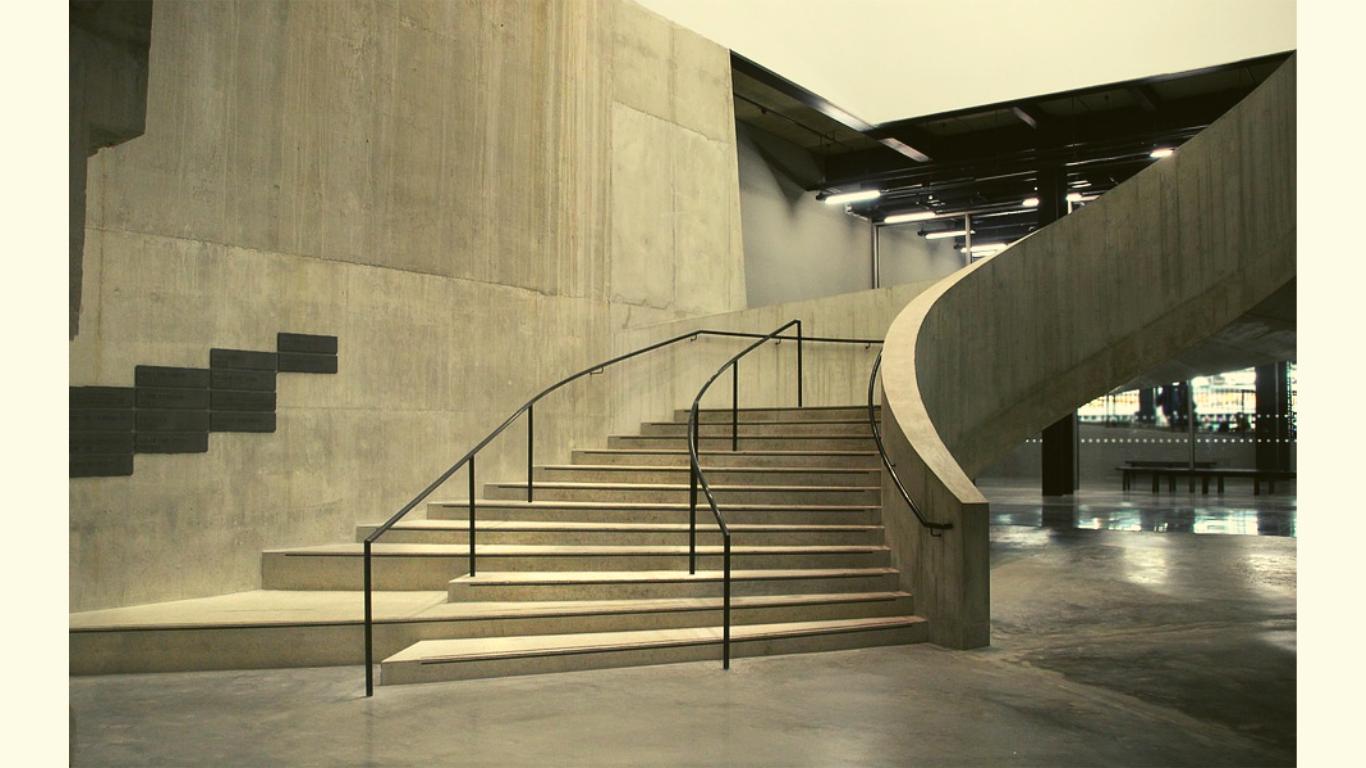 When it comes to art, it is yet very much a man's world. With the intention of making some positive changes, Tate Britain has now chosen to remove parts of its contemporary art by men and instead showcase works by women. 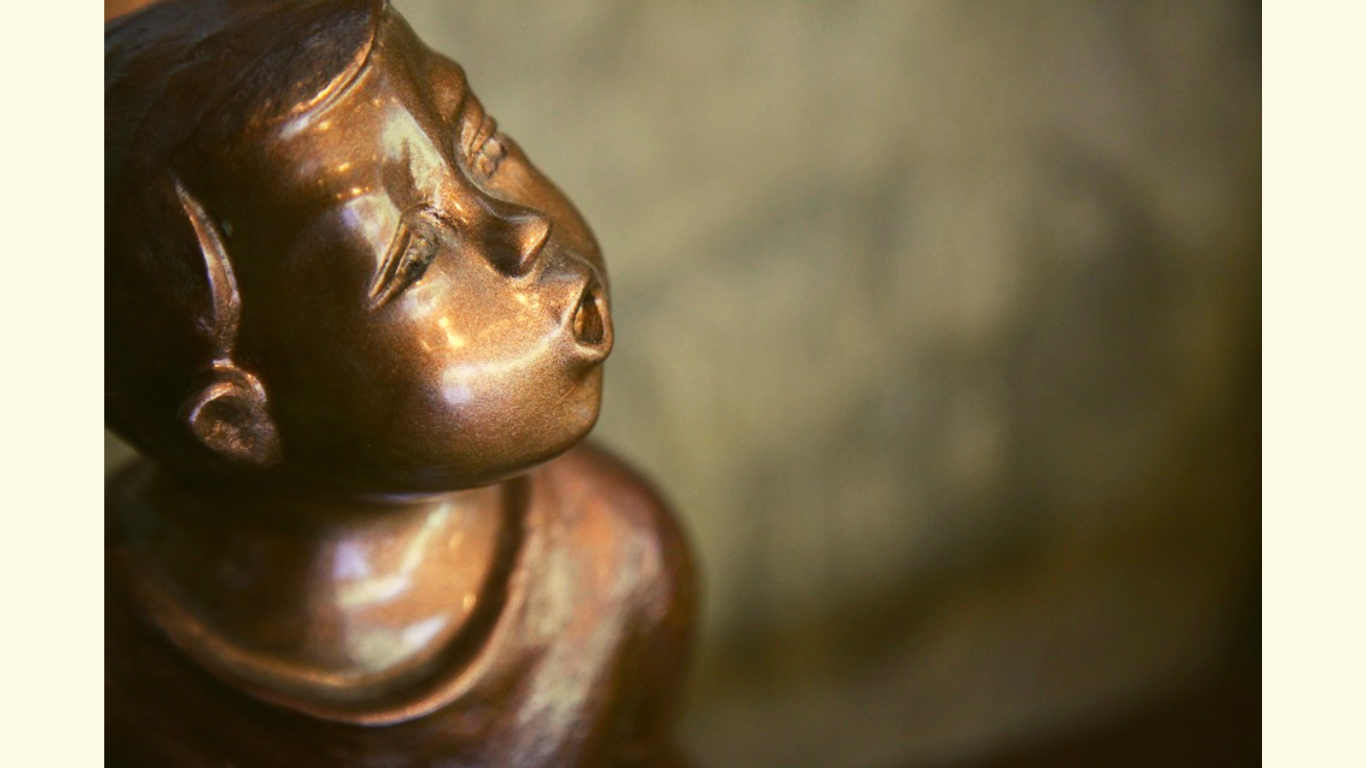 Nina McGehee's great-grandfather, Siegfried Laemmle, was a German art and antiquities trader with a flourishing business in Munich. He was also Jewish, and like all Jewish art traders, he was made to liquidate his business as a component of the "Aryanization" of businesses under the Reich. 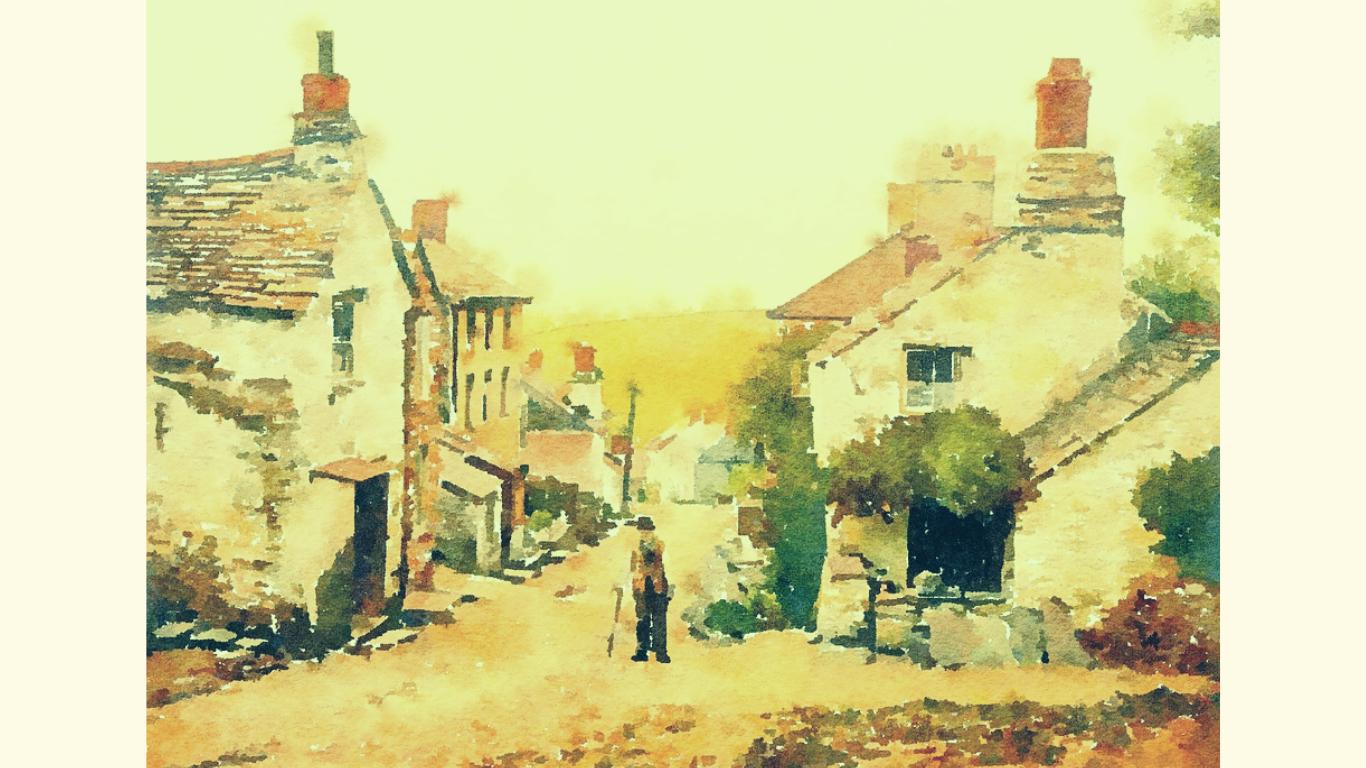 A. Jayapaul, a retired English lecturer and principal of Besant Theosophical (BT) College, Madanapalle, is also a painter, who has tutored numerous art hopefuls in the subtleties of painting.

And he is determined to imprint these imposing structures of Madanapalle, to make them linger in public memory forever. 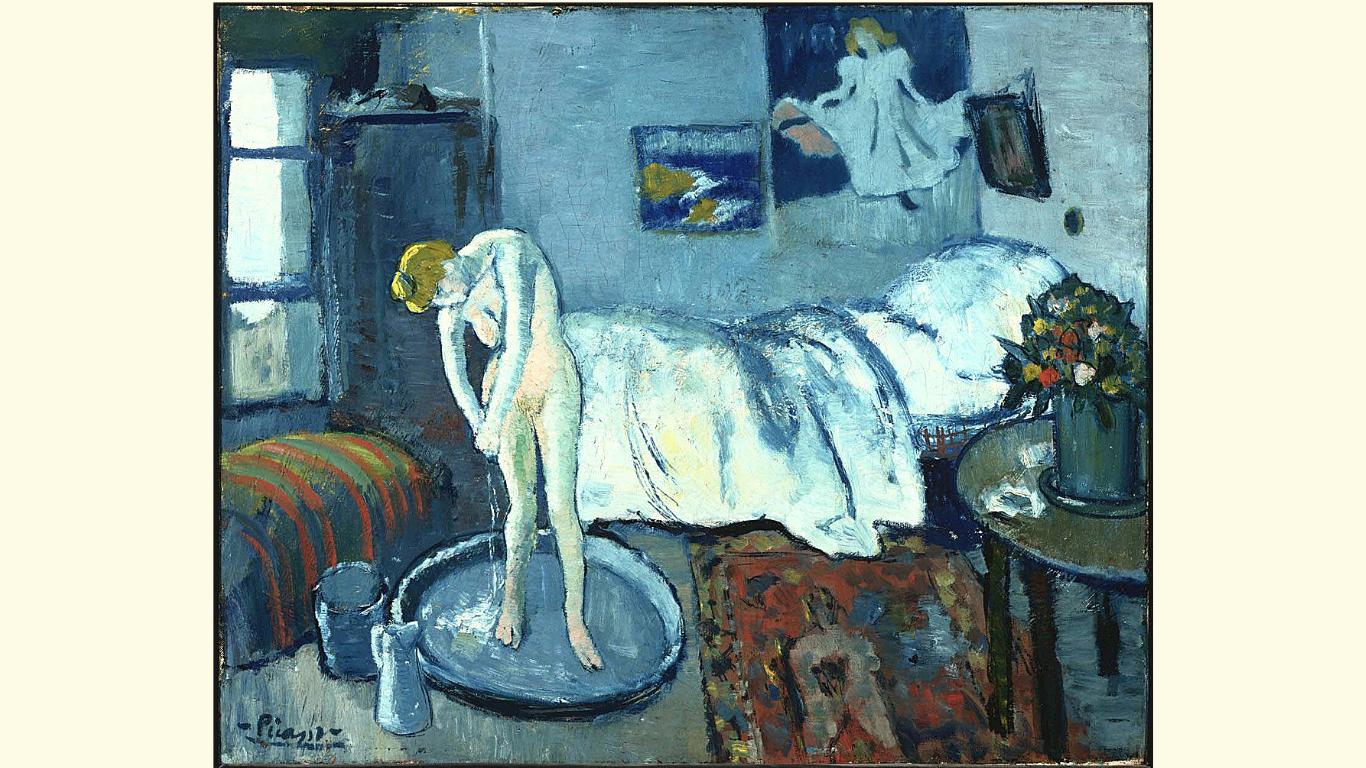 In 2014, a crew of researchers and art historians of The Phillips Collection, Cornell University, the National Gallery of Art, and the Winterthur Museum reported that they had made a remarkable discovery. The Blue Room had a mysterious secret portrait beneath it. Experts had speculated the presence of this mysterious painting for decades, but it was only recently that the technology was suitable to detect it.

Tips For Artists To Make Money Online With...

Living as an artist is quite difficult. You have to look for ways to make money

How to Buy Art

Here are some tips on how to buy the right art for your interiors.The art market

The Most Essential Tips For Aspiring Artists!

So you are a newbie who is wondering how you can kick start your art career? Or

How To Build Matchstick Models For Beginners?

How to build matchstick models is a question which may have entered your mind.&n