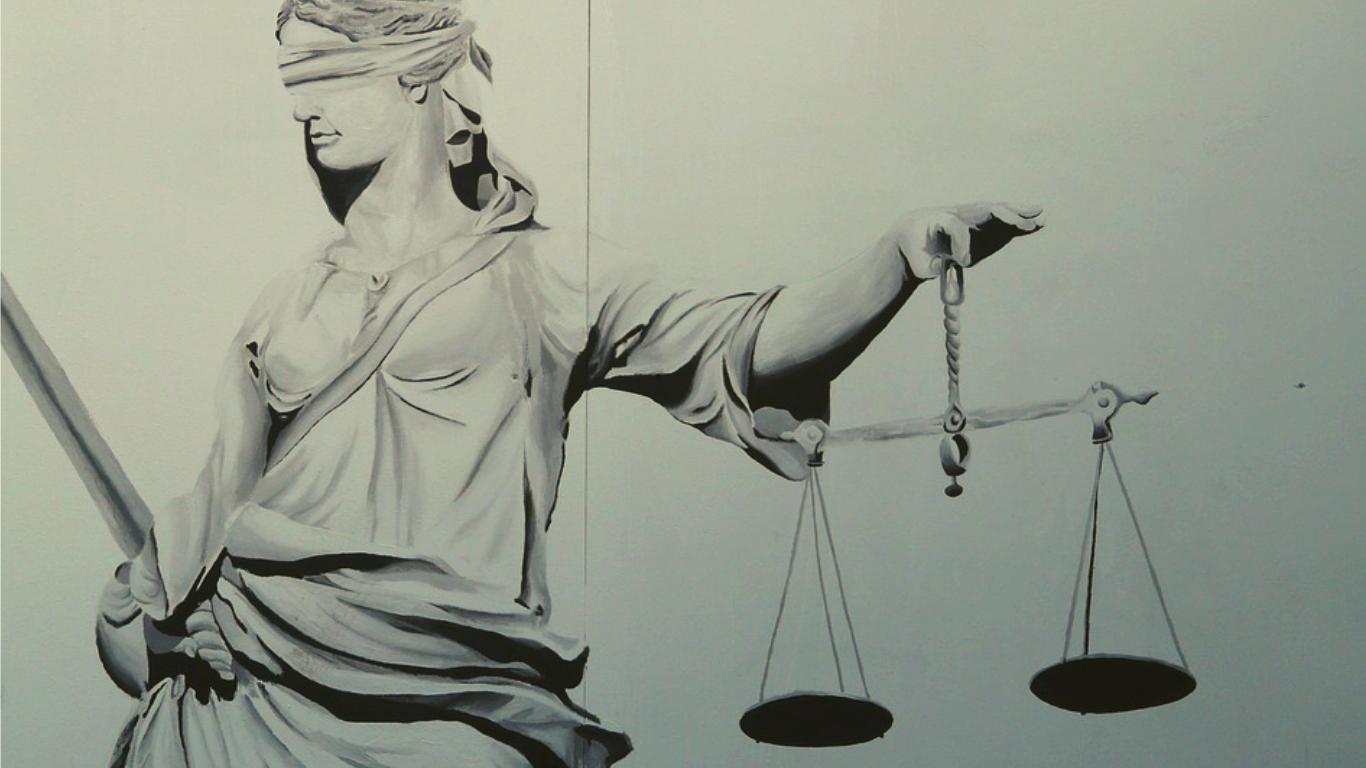 The decision comes after a tense, 22-day trial, during which she was found guilty on almost all counts. Anna “Delvey” Sorokin—the woman found guilty last month of organizing a complex scheme to swindle a group of associates and investors, whom she told she was a German heiress set to inherit €60 million—was sentenced by the New York State Supreme Court. 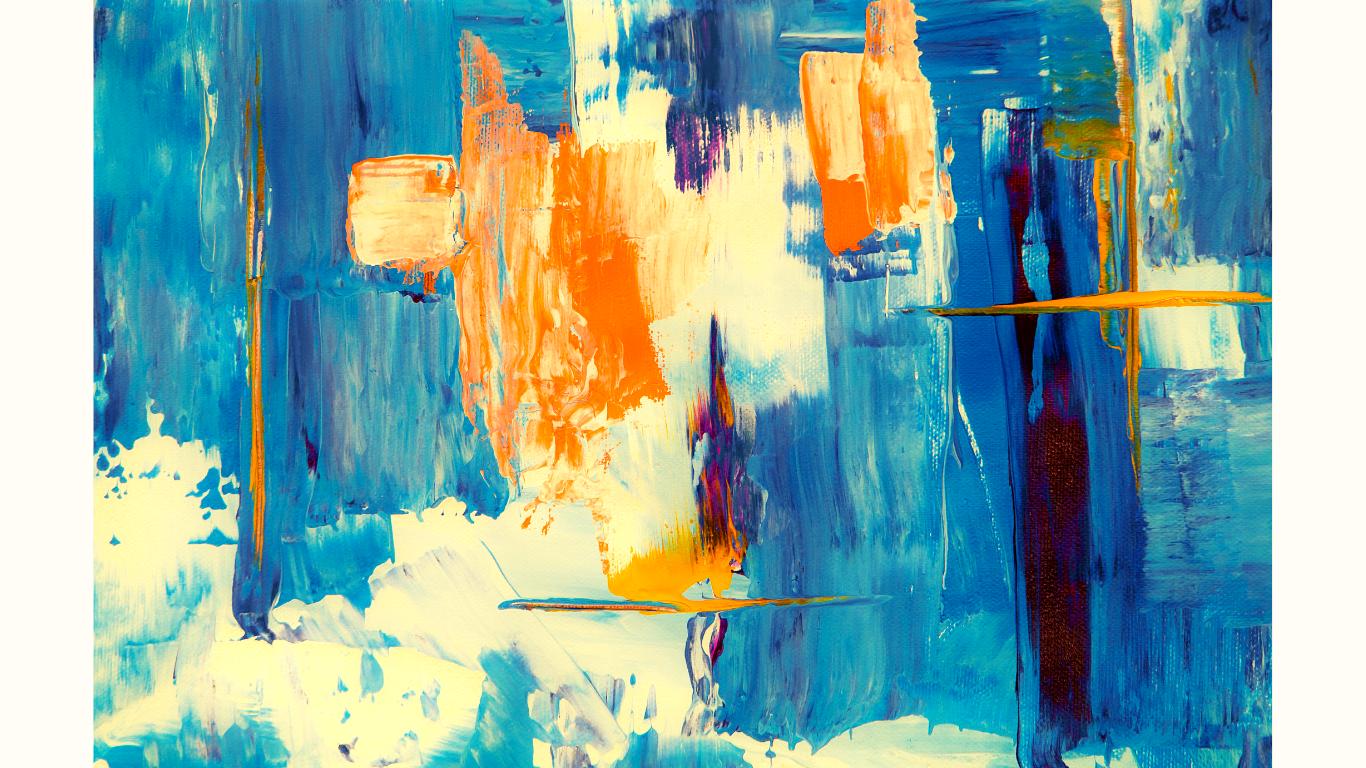 Thomas Nozkowski, whose quiet abstract paintings, drawings, and prints elicit impressions of landscapes and cosmic forms, has passed away at 75. Pace Gallery, which represents the artist, verified the news.

Arne and Marc Glimcher, the chairman and the president and CEO of Pace, respectively, released a statement saying, “ (Thomas) added brilliance to every life he touched and his work changed the way we all see the world.”

Kenneth Goldsmith Displays All 60,000 Of Hillary Clinton’s Emails For His New Exhibit In Venice 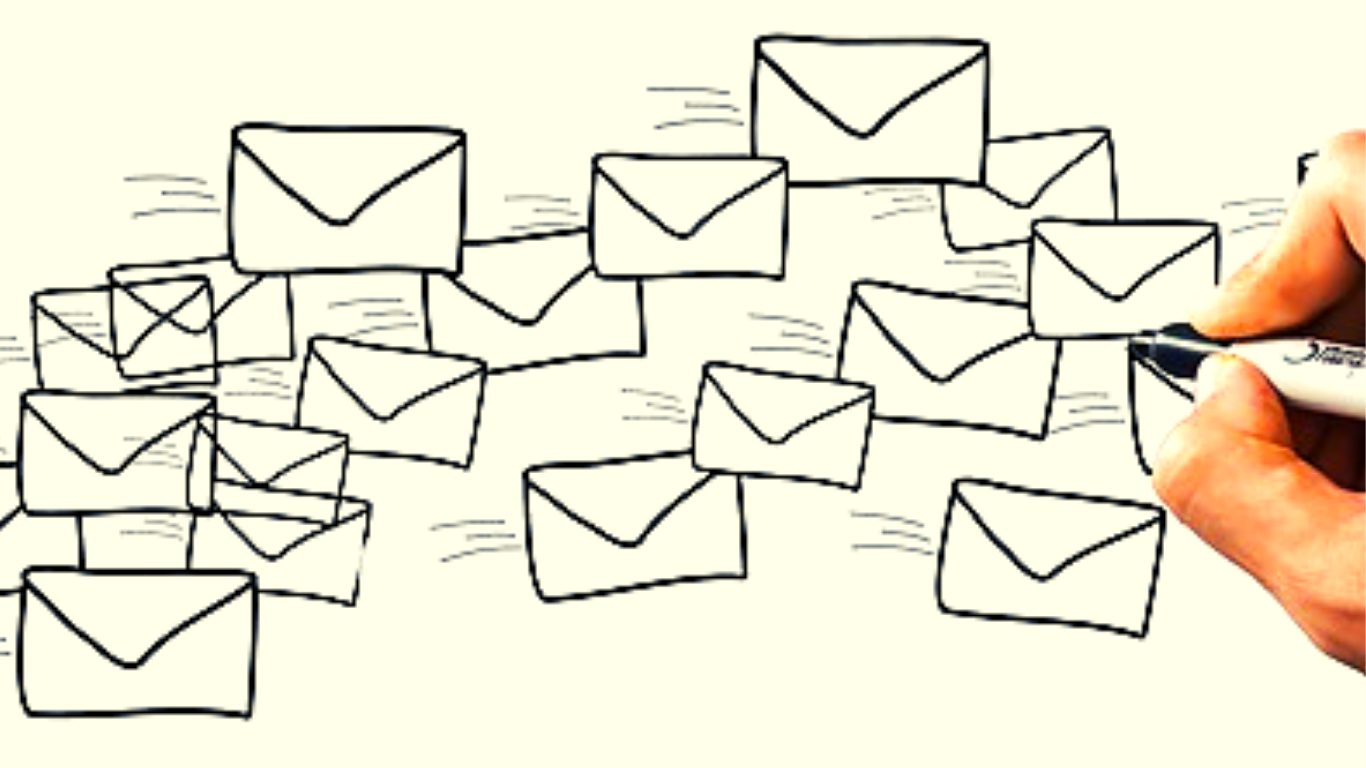 Hillary Clinton’s infamous emails have provided inspiration for new artwork on show at the Venice Biennale. Artist Kenneth Goldsmith is showcasing all 60,000 pages of the emails from the 2016 presidential candidate’s private server as a component of his show “HILLARY: The Hillary Clinton Emails,” put together in a Venetian movie theater-turned-grocery market. 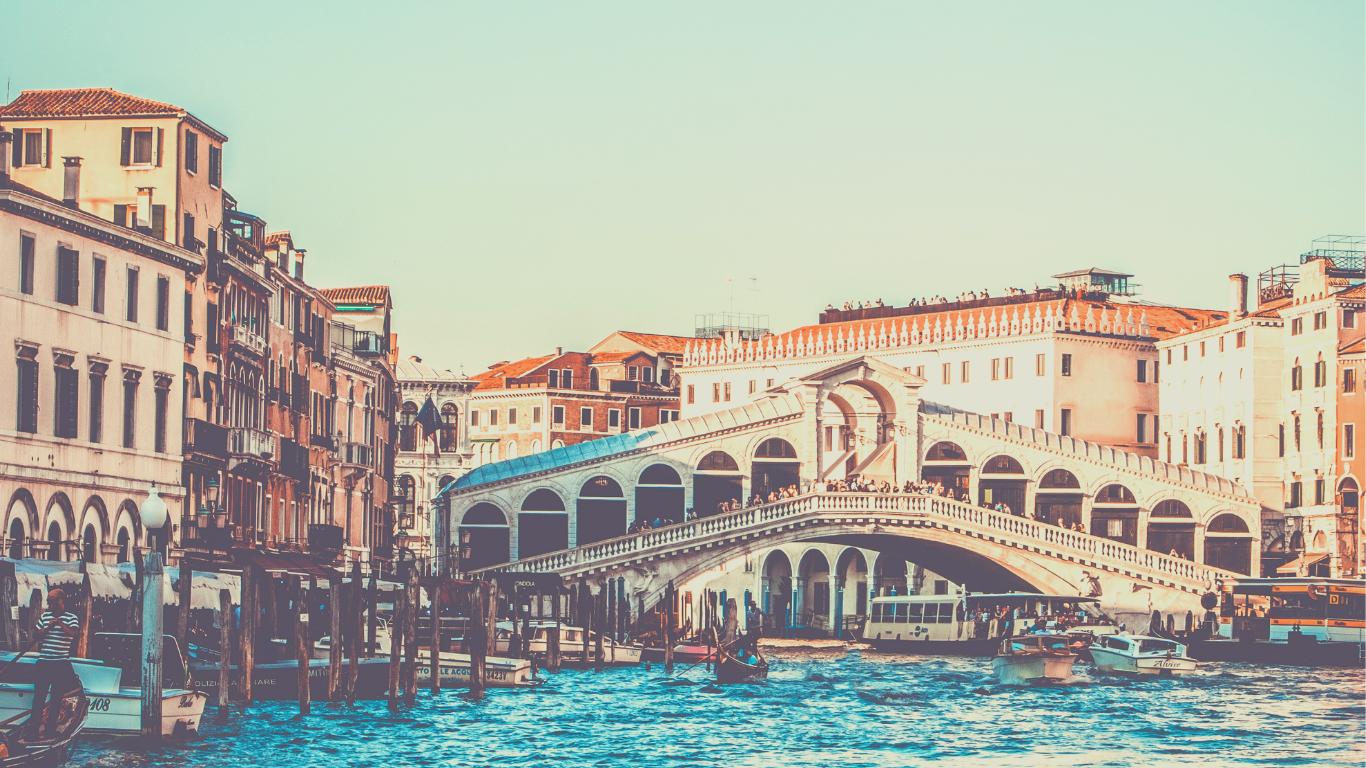 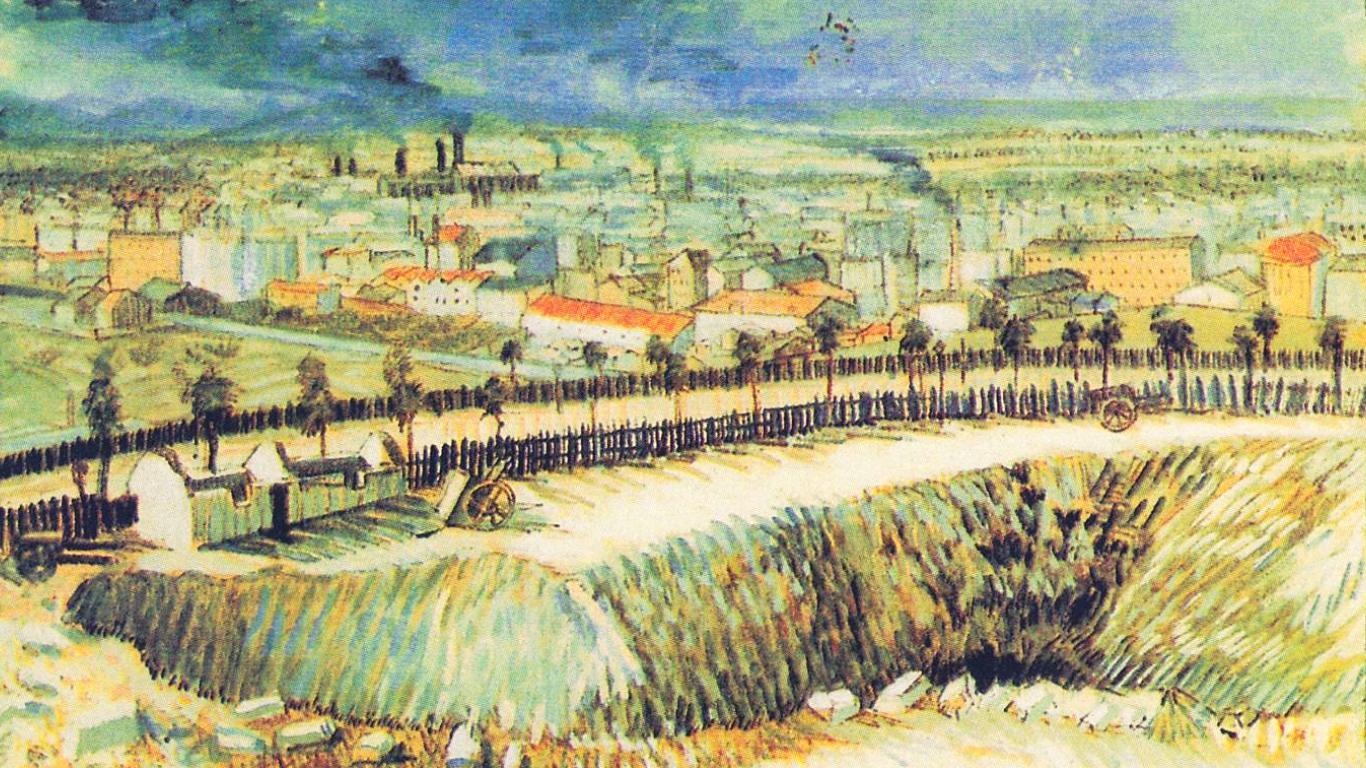 In the letter, the artist calls a review, of one of the first of his artworks, ‘a work of art in itself’. It was inscribed by Vincent van Gogh a few months prior to his death at the age of 37, while he was a patient at a small asylum on the outskirts of Saint-Rémy-de-Provence, in France, where he created some of his most vivid and renowned compositions. 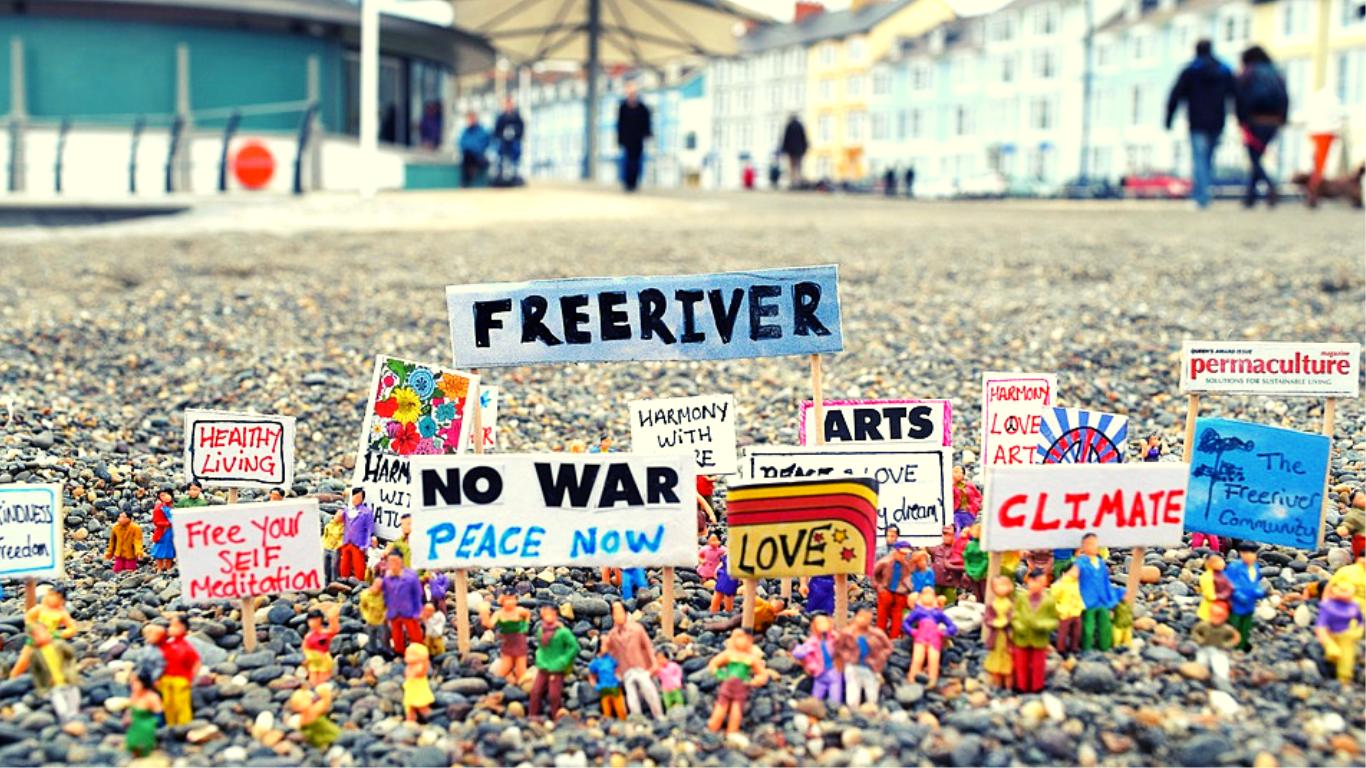 Amid the expanding plastic pollution crisis, we see people taking a stand in many different ways. Plastic pollution protests can vary from marching in the streets to more unconventional methods, like protest art.

Creative consultant Katie Williams is an activist and artist, who uses art as a means to raise awareness of consumer practices concerning single-use plastics.

In A Pavilion Designed By David Adjaye, Ghana Shakes Up The Venice Biennale Scene 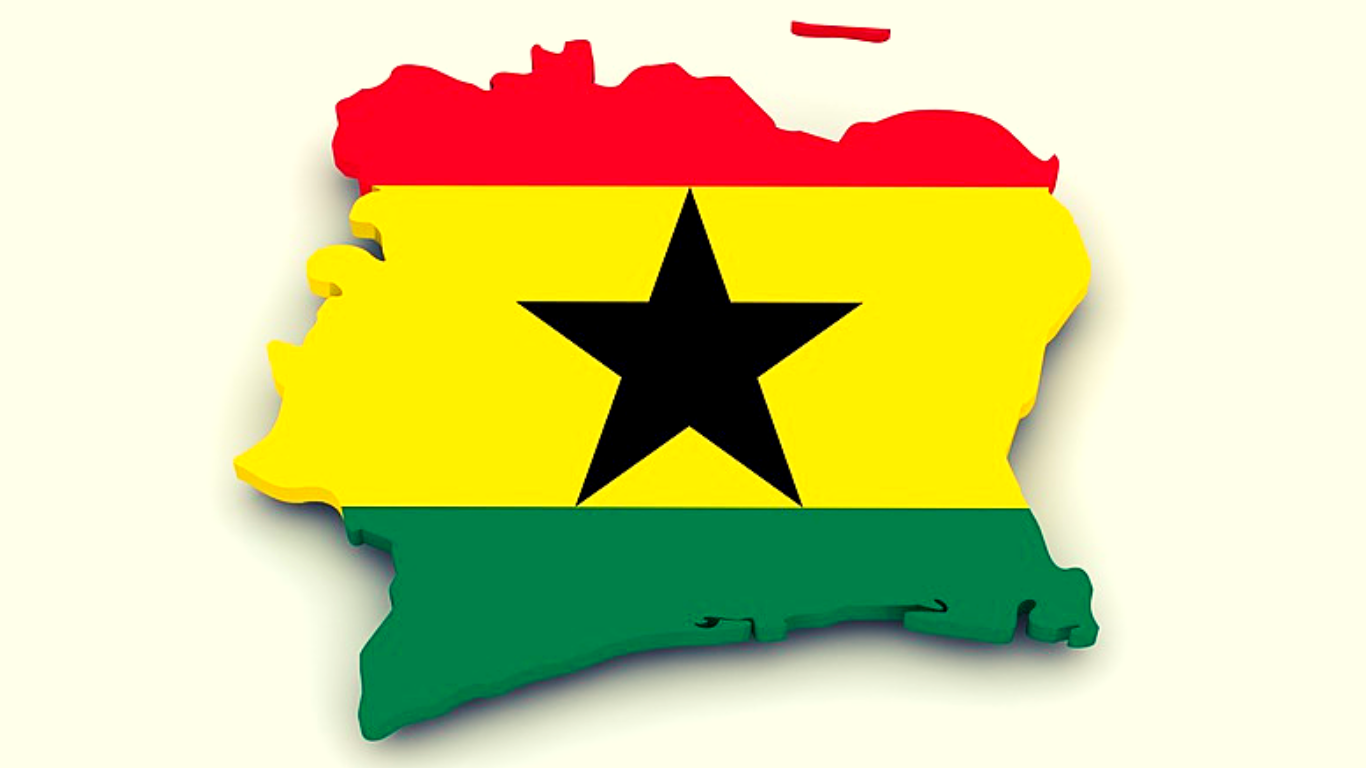 In curving galleries designed by famed Architect David Adjaye, artists are establishing Africa firmly on the Venice Biennale map. The Venice Art Biennale, the world’s most renowned international art event, has a past that is inseparably bound up with colonialism. This year, however, that parity is subtly changing: Ghana has shown up on the scene with an exhibit featuring artists based in the nation and from its Diaspora. 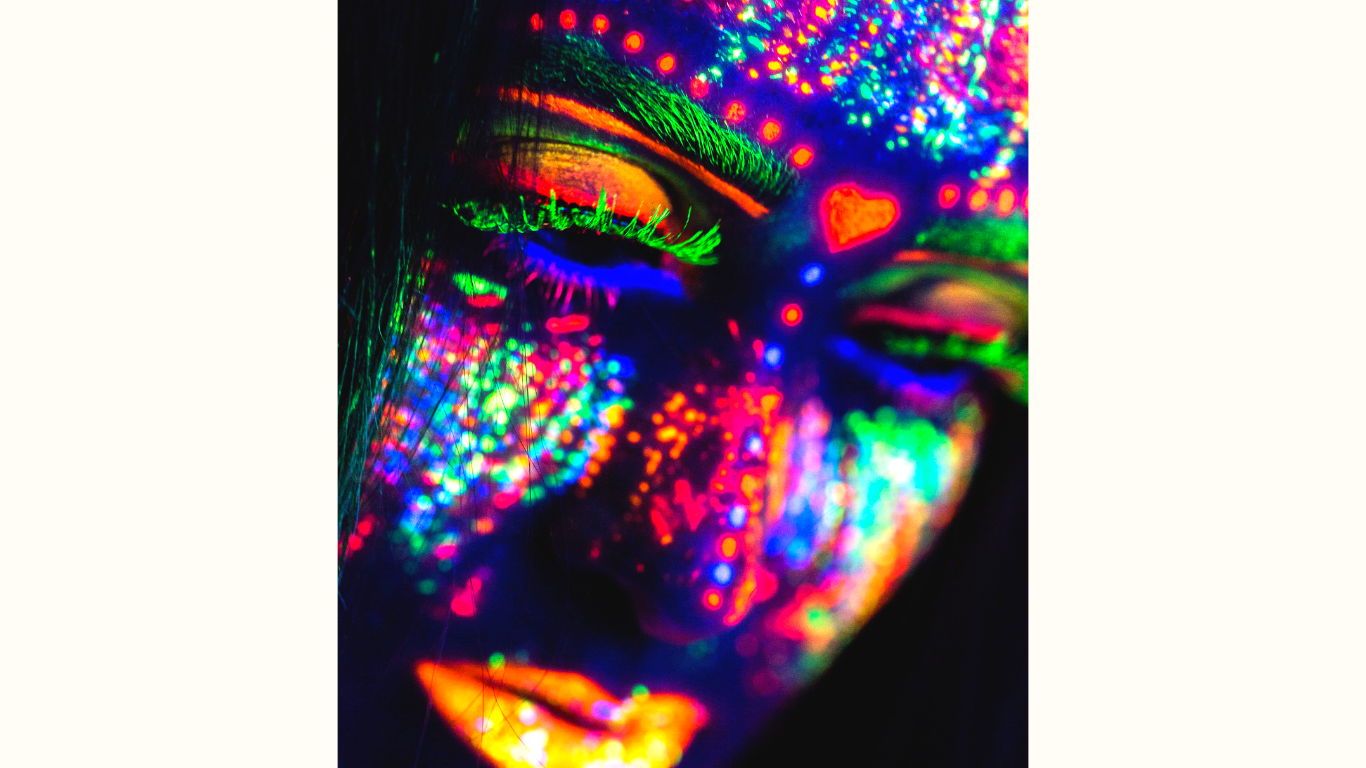 Abdullah Qureshi, Aziz Sohail, and Zulfikar Ali Bhutto Jr. are collectively re-examining what it means to be queer and Pakistani.

The three-person team-up, which incorporates painting, media, and conceptual art, actualized after Qureshi saw a show by Rehan Bashir Jalwana, a male classical dancer from Pakistan. 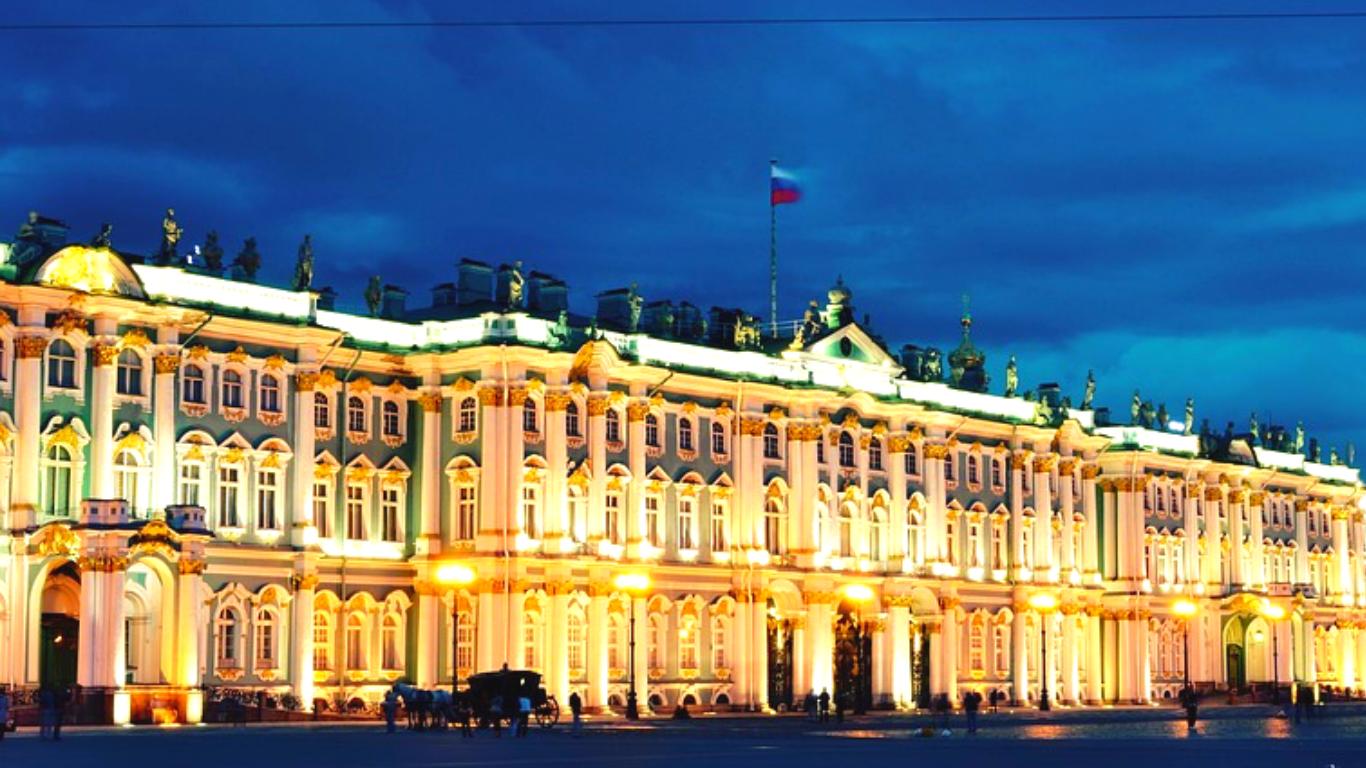 There has been strong competition to borrow artworks by the artist throughout the 500th anniversary of Da Vici's death this year. Fabriano, an Italian town that has a population of only 30,000 is set to be lent a major Leonardo da Vinci composition from The Hermitage, in St Petersburg, Russia. 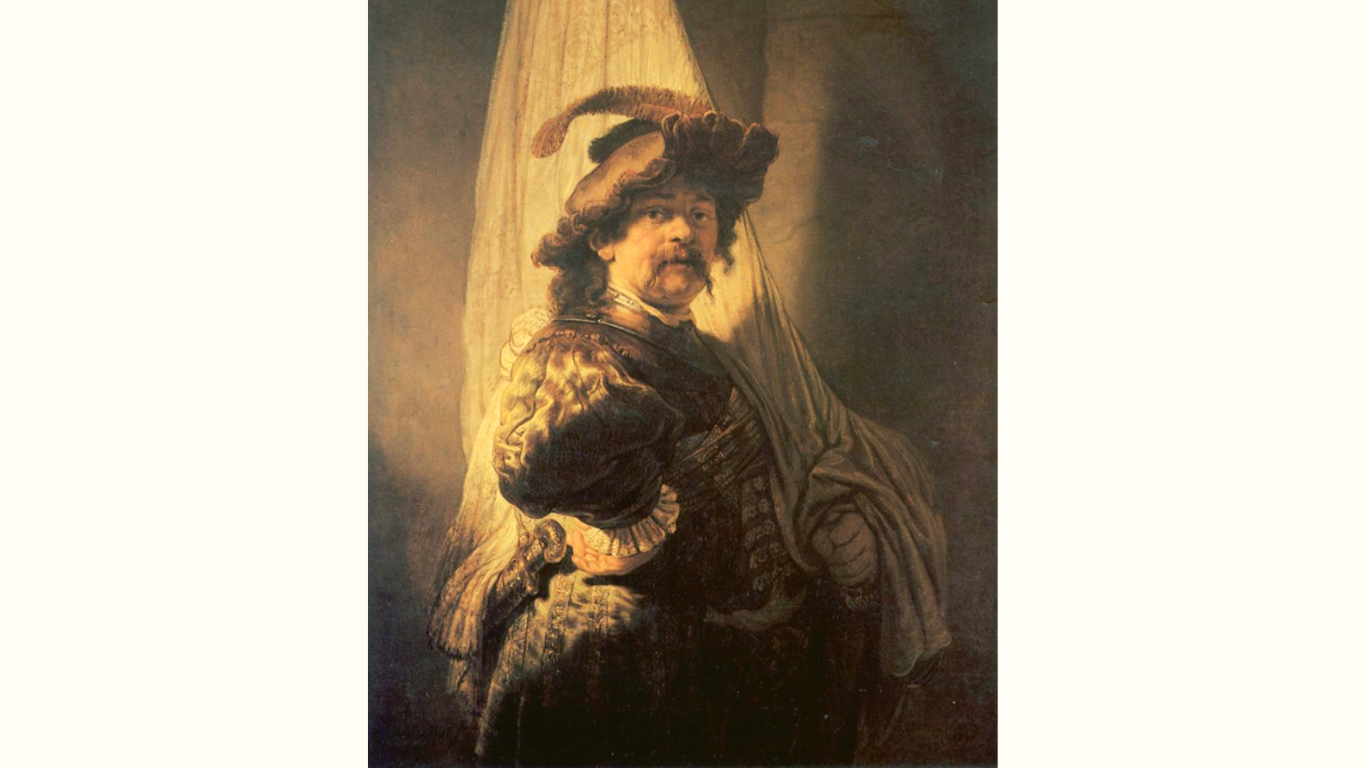 The Rijksmuseum in Amsterdam wishes to purchase the Rembrandt masterpiece The Standard Bearer for 165 million Euros. The Rothschild family from France, who currently own the painting, want to place the painting on the market.

While the French government wants the composition to stay in France and has accordingly given French museums three months to come up with funds to obtain it.

Greek Island Of Delos To House A Contemporary Art For The First Time In 5,000 Years 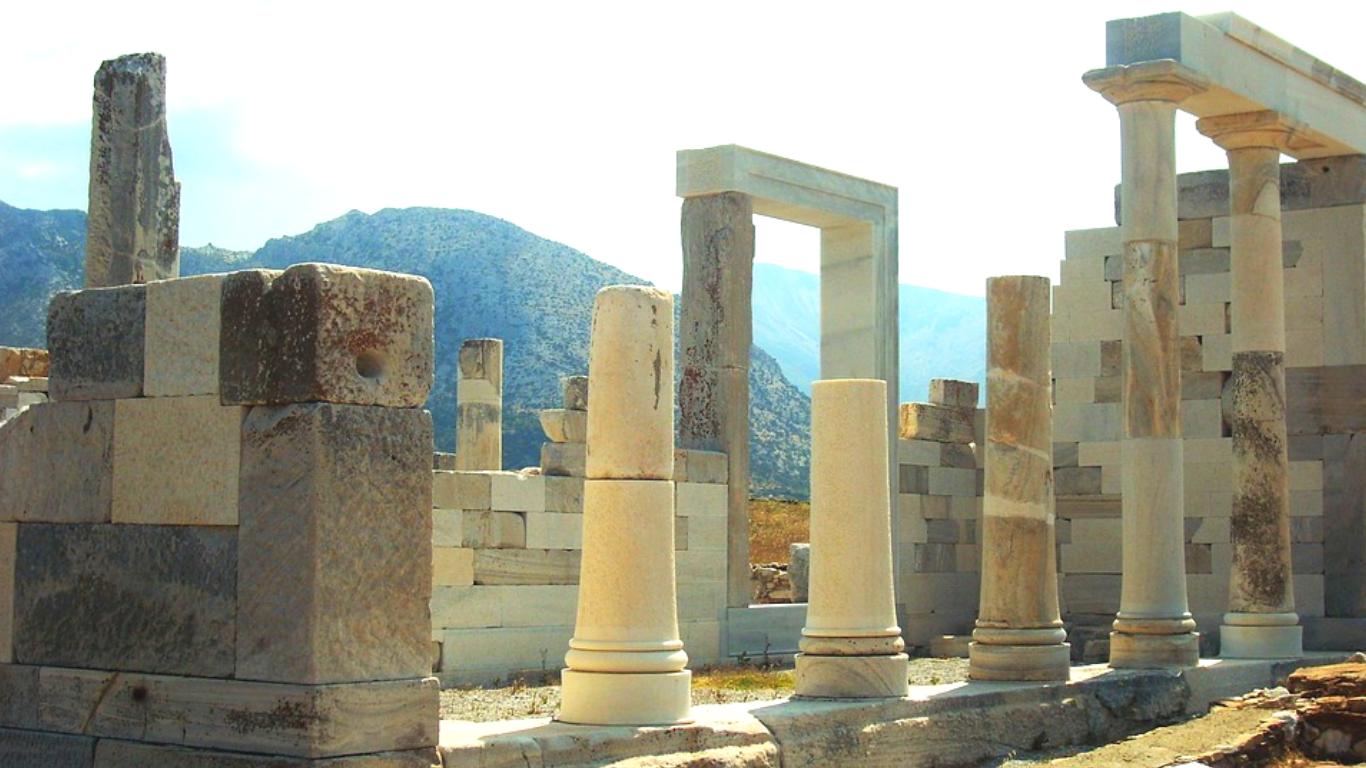 The Greek island of Delos, one of the world’s most famous archaeological sites and a UNESCO world heritage site now houses a contemporary art installation for the first time in 5000 years. British artist Antony Gormley's sculptures are installed in several spots across the ancient island.

Veterans And Artists Draw Creative Inspiration Out From War 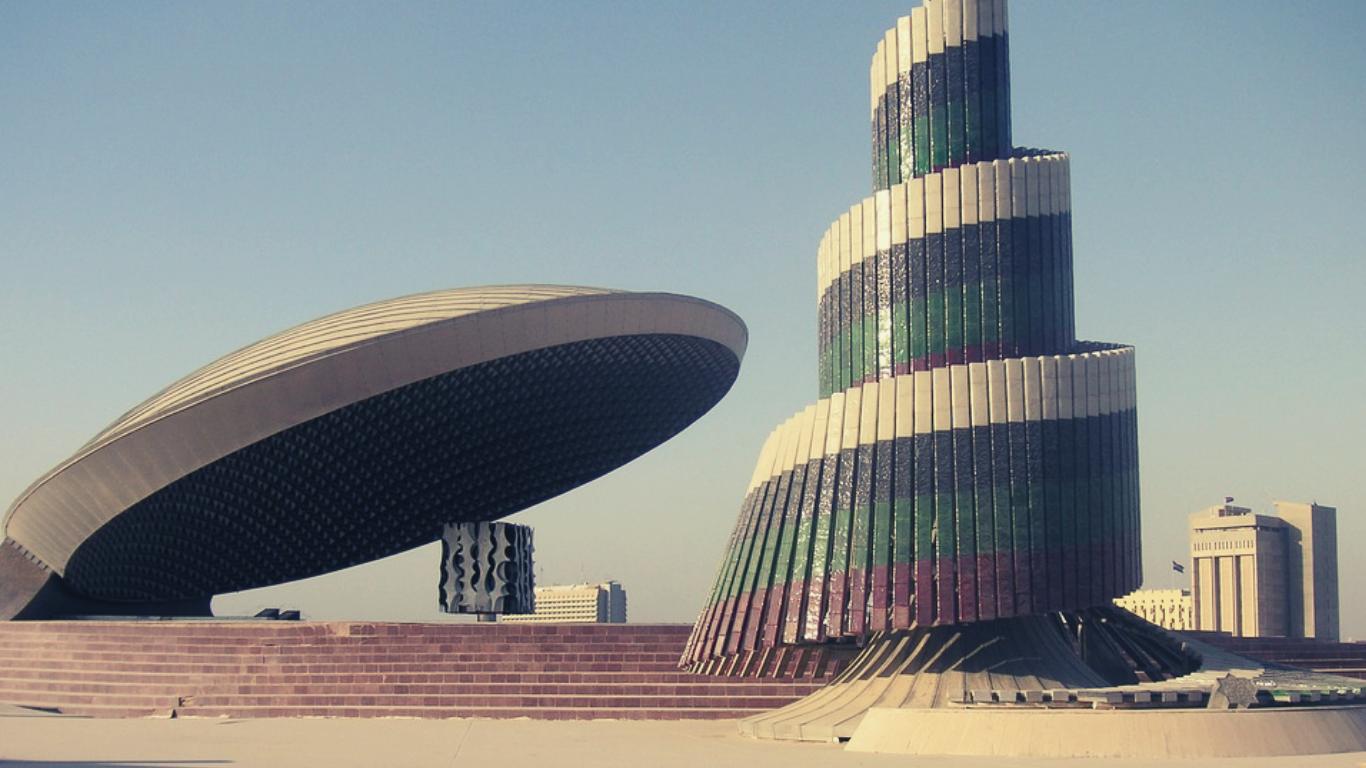 New artwork by the Iraqi-American artist Wafaa Bilal, now on display at the Chicago Cultural Center aims to draw a cultural benefit from war, by uniting visitors in Chicago with students of printmaking at Baghdad’s College of Fine Arts. The project titled Conflict Exchange was conceived in collaboration with artists and military veterans. 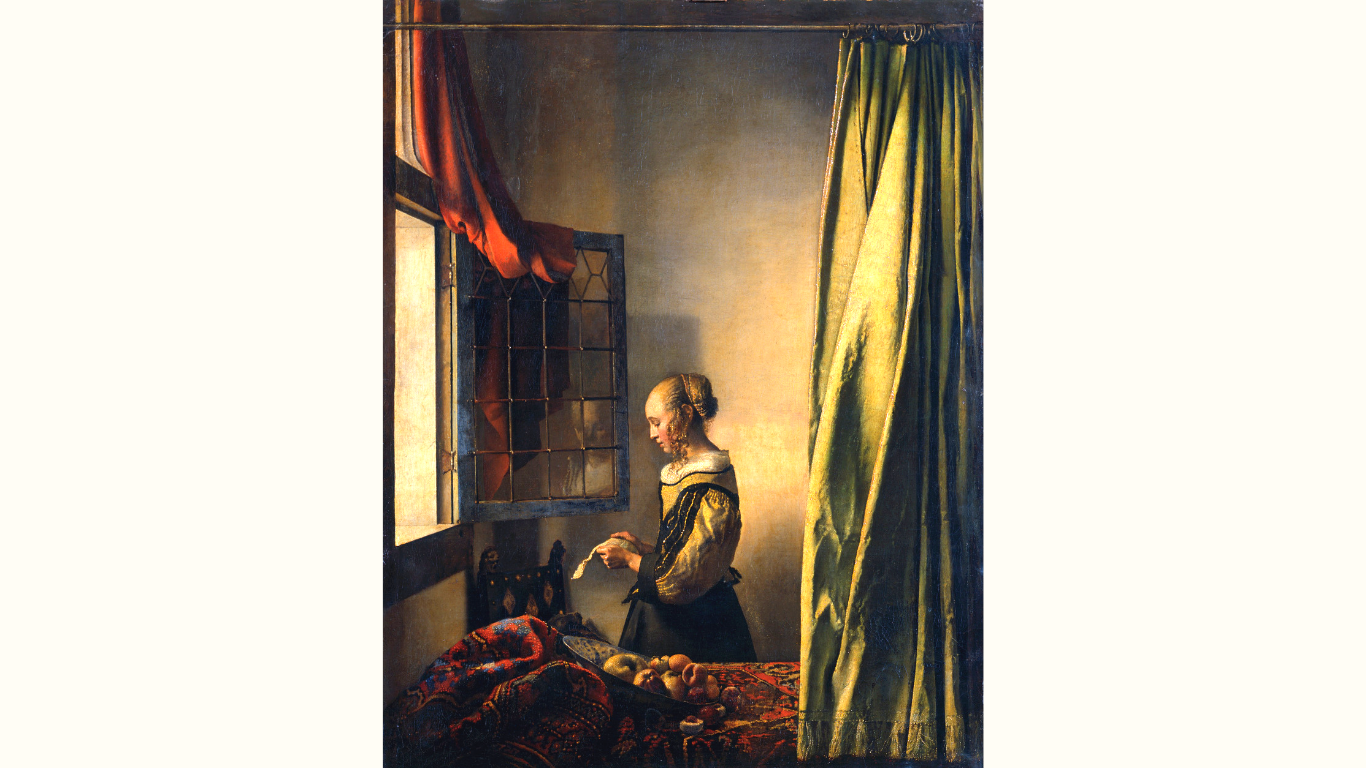 A previously unknown Cupid in Vermeer’s Girl Reading a letter at an Open Window is set to be visible to the public on the canvas after over two centuries hidden behind a layer of paint. While carrying out restoration work, conservators found, to their astonishment, that the naked figure was overpainted at a later time following the artist’s death. 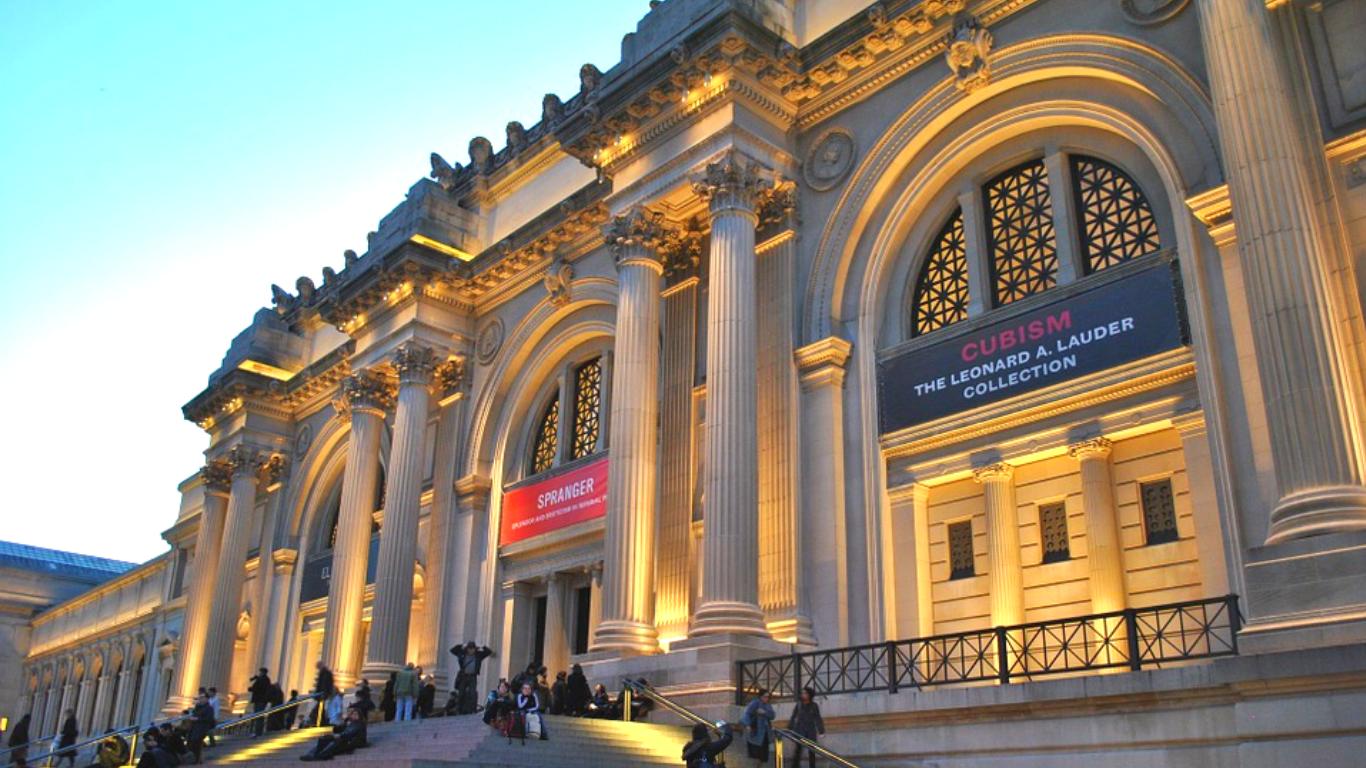 The flamingo-pink carpet was filled with feathers, tulle, sequins, golden lamé, and plastic trinkets—utterly fitting for the Metropolitan Museum of Art’s high-glamour yearly Costume Institute gala, this year devoted to the theme of camp style. The theme based on Susan Sontag’s landmark essay “Notes on Camp,” loosely describes “camp” as “a love of the unnatural: of artifice and exaggeration”

The Mathematics Of Kolam, An Ancient Indian Art 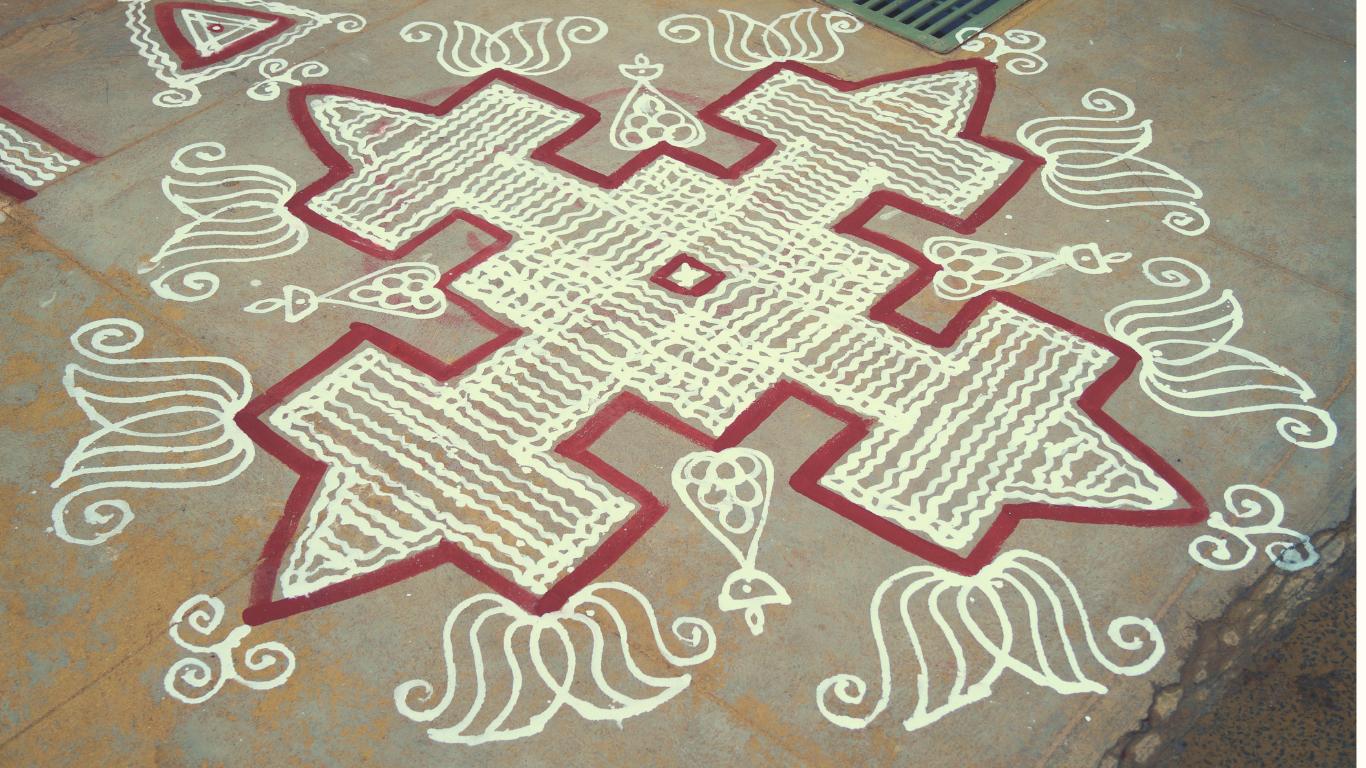 Before the break of dawn across the Nilgiri Mountains, the women of the Indian state of Tamil Nadu clean the thresholds to their homes, and, keeping a centuries-long tradition alive, they painstakingly draw beautiful, traditional designs called kōlam, using rice flour. The designs include labyrinthine loops encircling red or white dots, hexagonal fractals, and floral patterns that resemble the lotus, a symbol of the Indian goddess of prosperity, Lakshmi.

Street Murals In Mexico Aim To Purify The Air 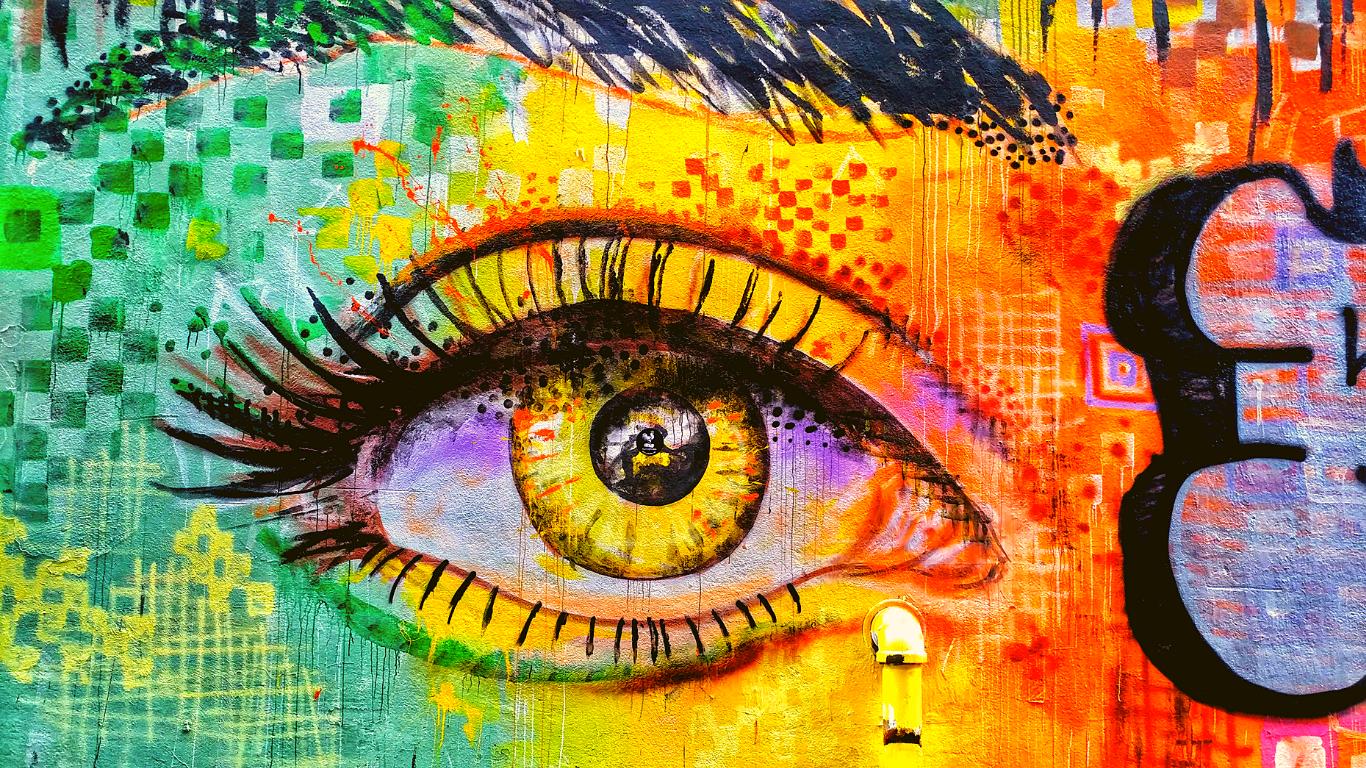 The Spanish art collective Boa Mistura created a mural on a structure on Mexico City’s Reforma Avenue. The colorful mural of a 35m-tall tree is one of three eco-friendly new public artworks created using Airlite paint, which cleans polluted air in a manner similar to photosynthesis. 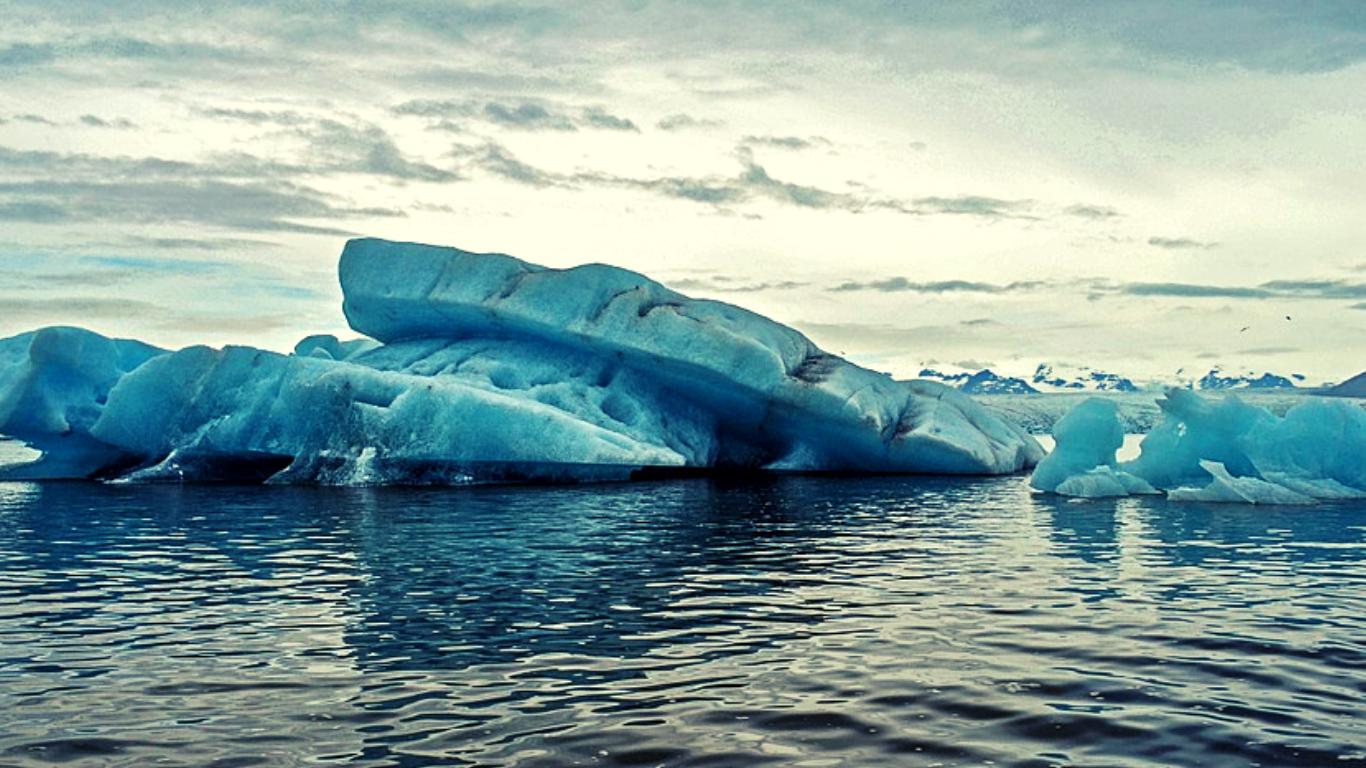 From the Arctic to Wyoming, Smithsonian artifacts allow insights into climate change; the Institute’s collections are serving to provide researchers a deeper understanding of how global warming affects precise locations.

For example, the artifacts in their Anchorage collection record the patterns of life in Alaska prior to the impact of global warming. 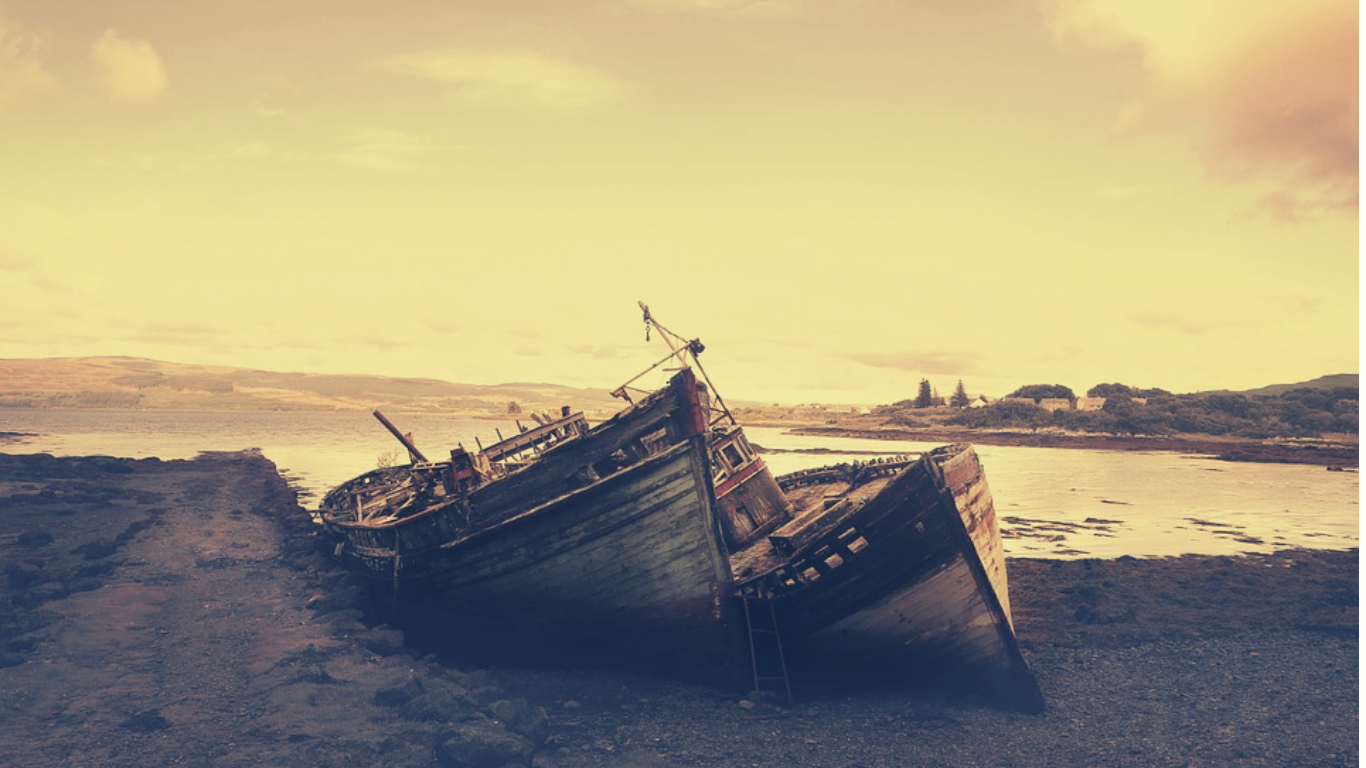 The remains of one of the deadliest shipwrecks in recent history will be anchored in Venice for the city’s Biennale as a component of the project by Swiss-Icelandic artist Christoph Büchel.

In April 2015, the ship carrying between 700 and 1,100 people, of whom only 28 were rescued, crashed into a Portuguese freighter and sank. 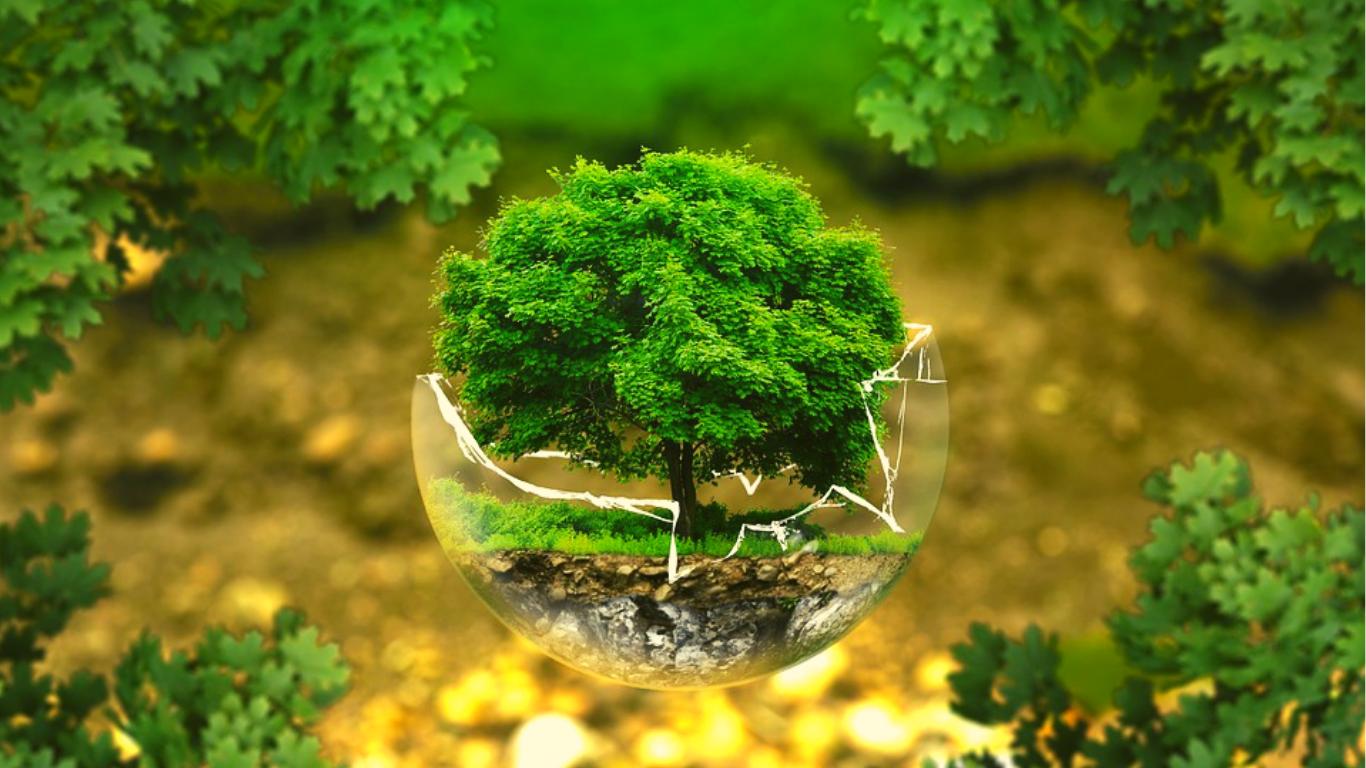 Switzerland-based curator Klaus Littmann will plant 299 trees in the Wörthersee Stadium in Klagenfurt, Austria as a remark on climate change. The project was motivated by a drawing by Austrian artist Max Peintner. “The Unending Attraction of Nature” draws a forest transplanted into a soccer stadium upon the backdrop of a smoke-ridden industrial city and stadium-goers are observed viewing the forest as they would a soccer game. 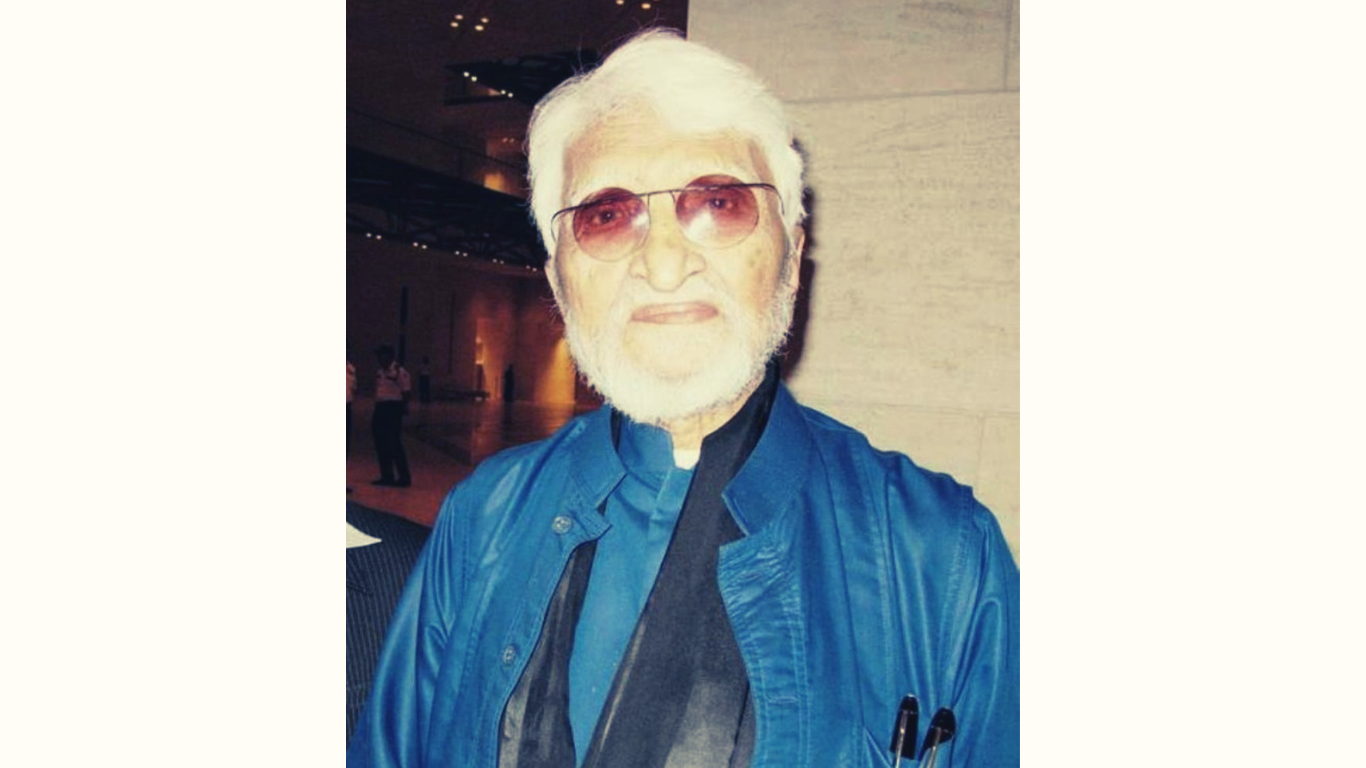 Art and the Nation, an exhibit on view at the Asia Society in New York, highlights M F Husain’s 12-panel painting:  Lightning. The panels are centrally arranged on the front wall of the gallery and are supplemented by two other works by Husain, as well as a picture of the artist with the painting and also an artwork portraying ancient sculptures of horses from which he received inspiration. 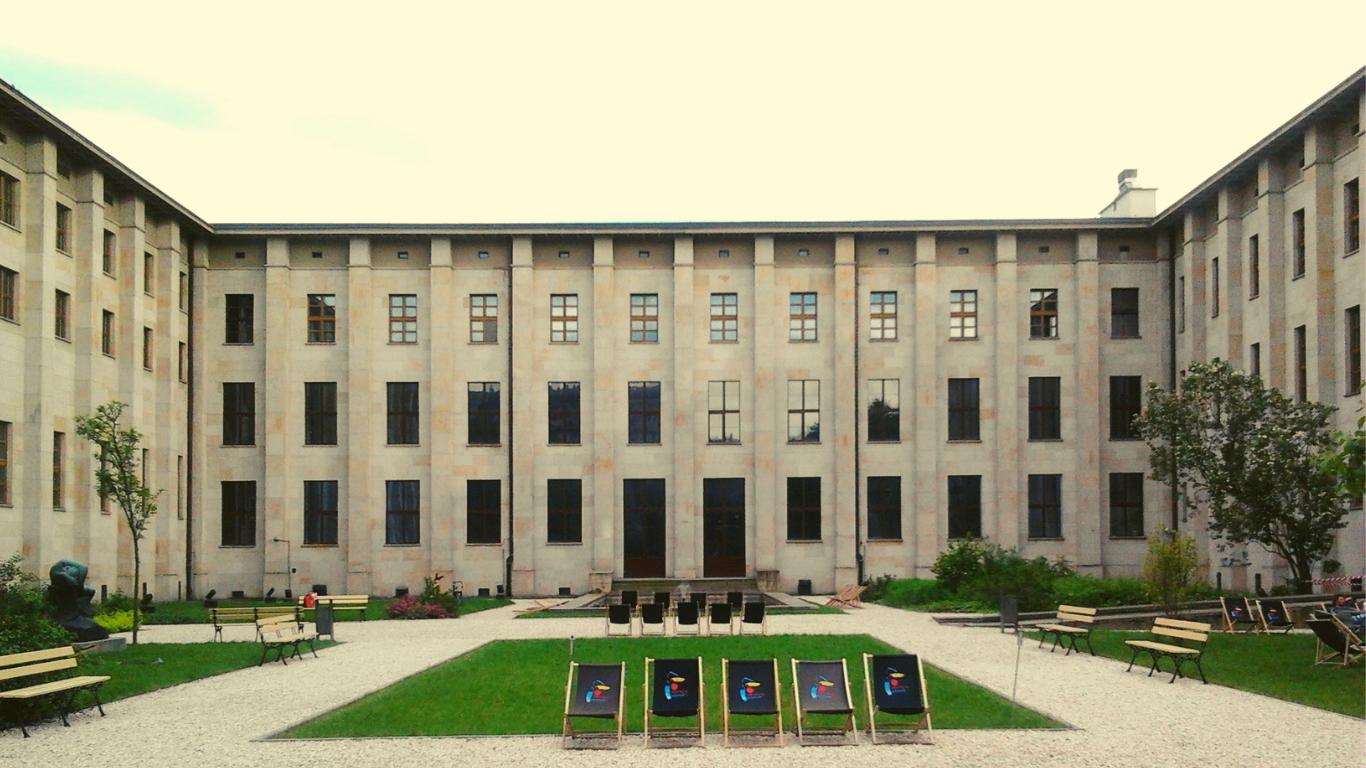 A Los Angeles couple was astonished when Homeland Security agents turned up at their home in 2016 with the announcement that a favorite old portrait hanging in their kitchen had been stolen by the Nazis from Poland’s National Museum during World War II.

With heavy hearts, they surrendered the 17th-century painting, “Portrait of a Lady” by the Flemish artist Melchior Geldorp, which they had acquired oblivious to its origins. 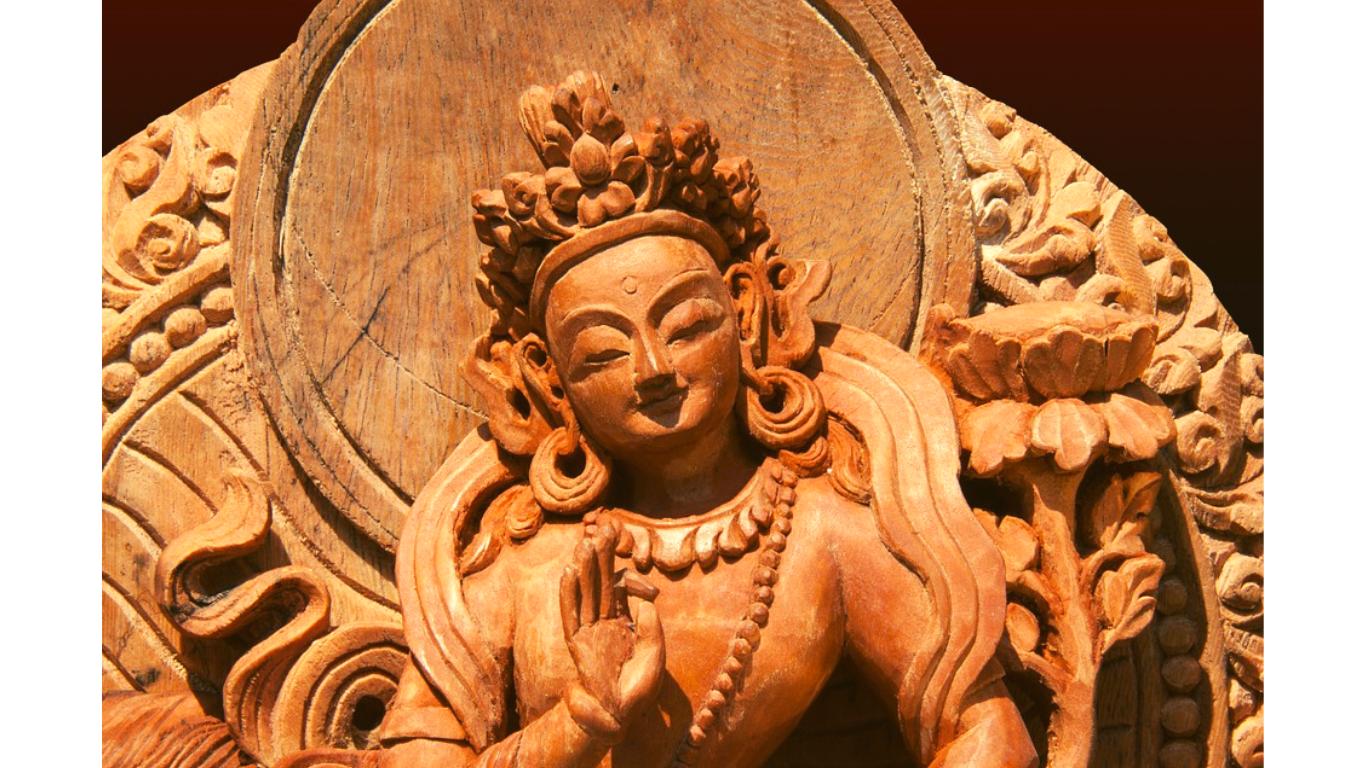 Garhwali occupants of Uttarakhand in the past used to produce their own butter from the Chyura or the Indian butter tree, produce artifacts out of bamboo, wax, pinewood.

However, according to a senior of the Garhwali community in Mumbai, there has been a drop in the number of traditionally-made goods and the diverse art forms are dying out. 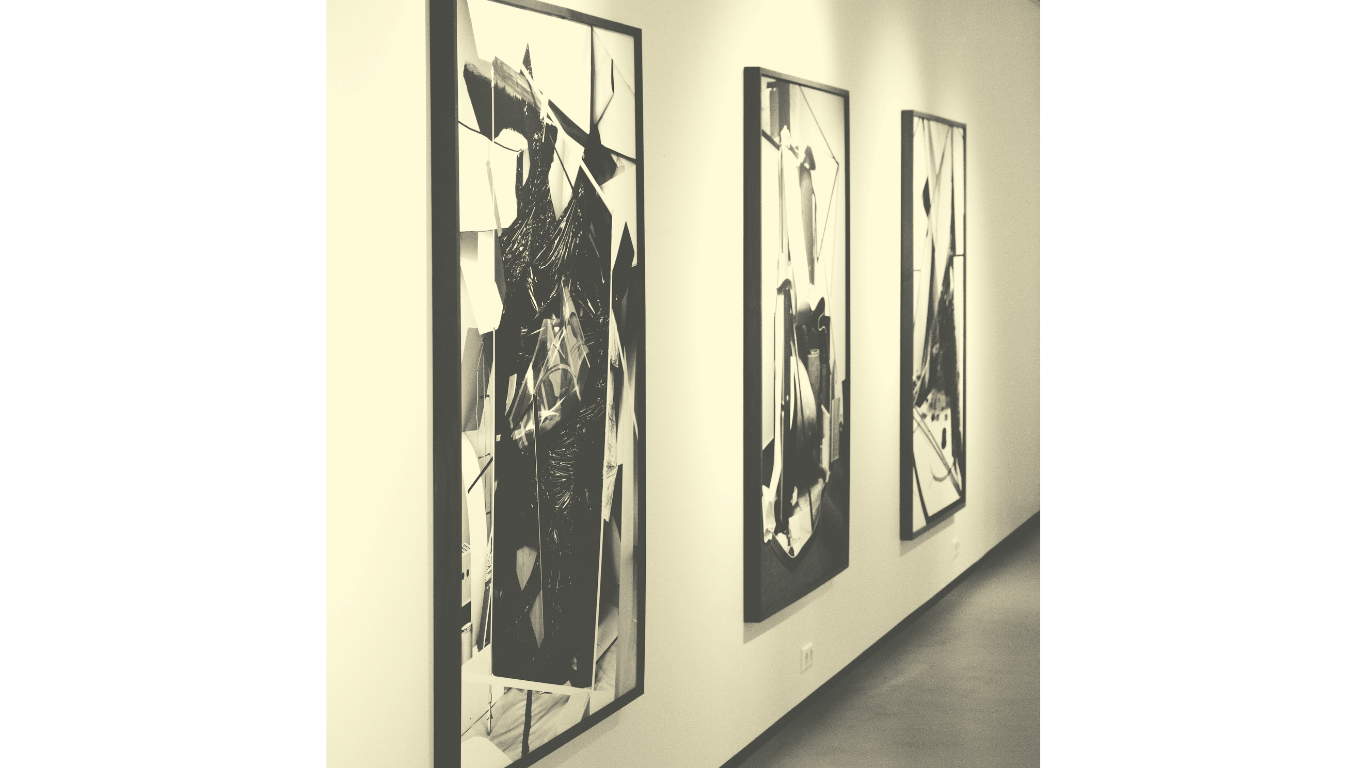 Manhattan’s Galerie St. Etienne has insisted almost doggedly on a way of conceiving, presenting, and advancing art that puts an understanding of its artistic value — and not its financial worth — first, supporting its shows with diligent analysis and admiration of old-fashioned enthusiasm.

Post-It Exhibit In Indonesia Highlights The Art Of Handwriting 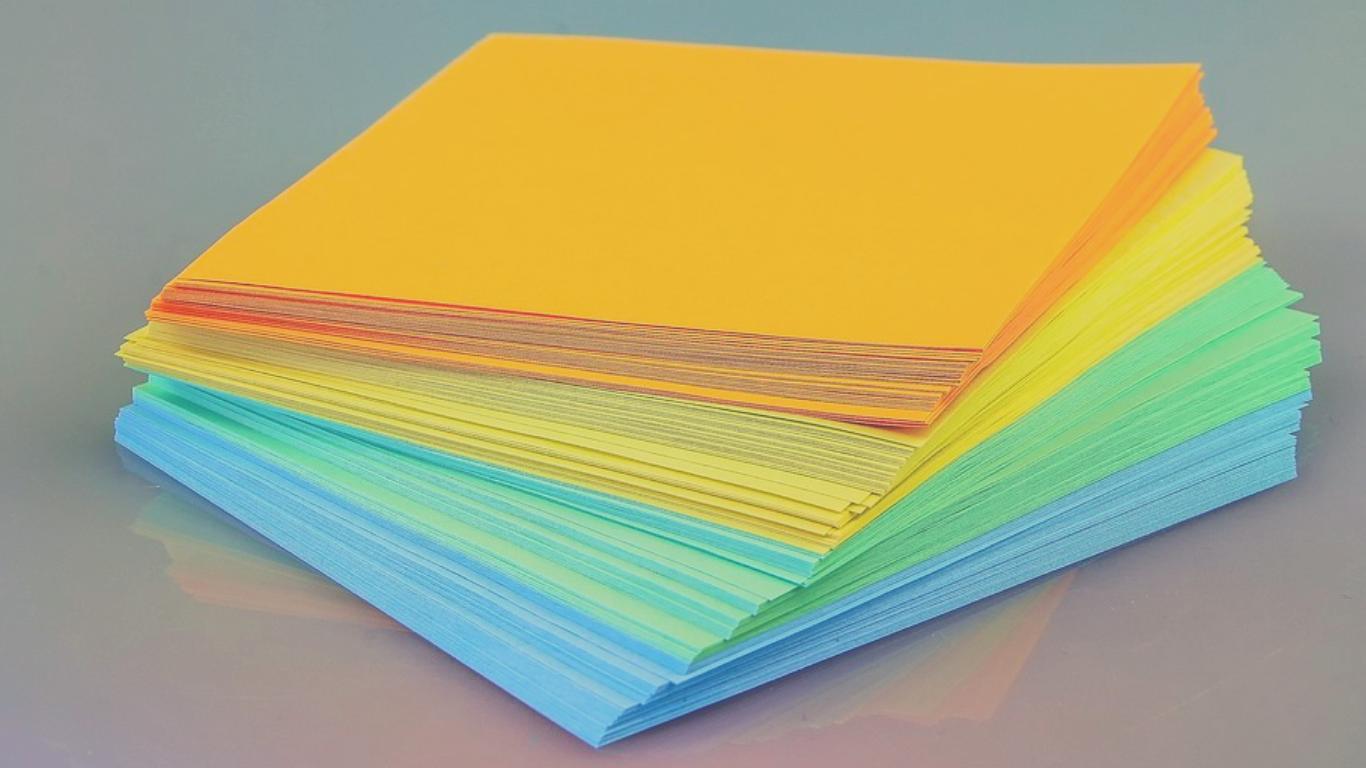 Throughout the exhibit, visitors will be encouraged to write their dreams and hopes on Post-it notes in various colors. They will also be urged to display their Post-it notes to create colorful mosaics or use them to make unique origami.

New Book Of Poetry Intertwines The Intimate And The Shared, Into Tales 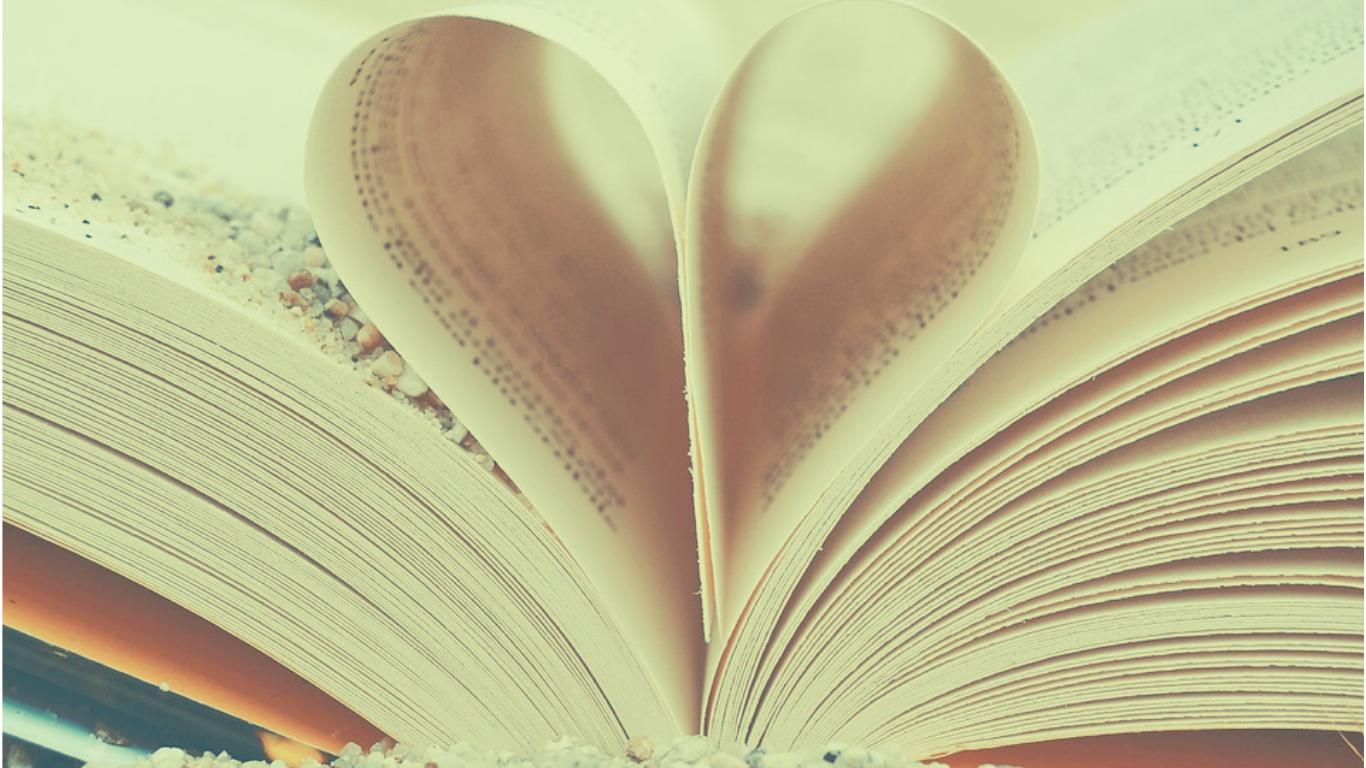 ‘Out of Syllabus’: Sumana Roy’s poems carry the reader from a place they recognize into a novel territory that is both indistinct and familiar. In her much-awaited publication of poems, Out of Syllabus – Roy narrates stories via her poems.

2018 was the year of drastic changes and unexpected revelations. This shift in t

Expert Advice On How To Blend Soft Pastels

Pastel coloring techniques can be tough to grasp for beginners and newbies.

Almost every painter, once in their lifetime or more is confronted by a moment w